According to the CBC News site, Cuban residents could once again obtain the fingerprints and photos necessary for applications at the embassy, ​​as well as leave passports and collect visas. 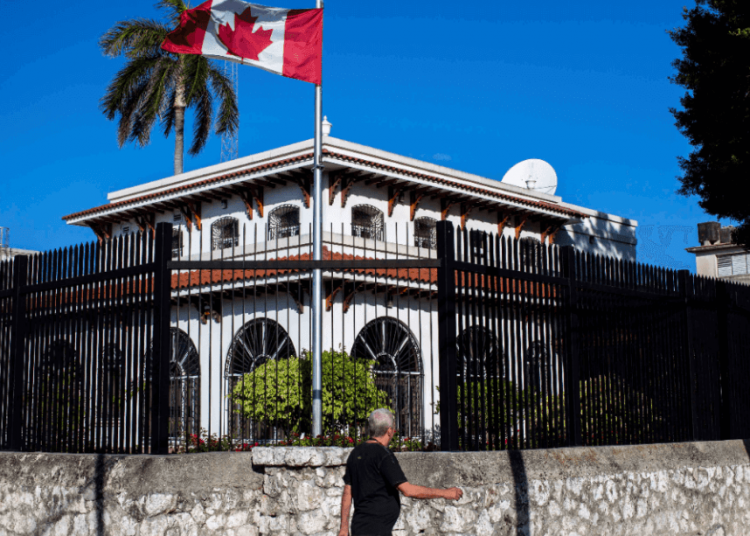 The Canadian Embassy in Havana will reestablish some visa and biometric services starting August 1, according to a story published by the Canadian CBC News website.

According to this media, Cuban residents could once again obtain the fingerprints and photos necessary for the applications at the embassy, ​​as well as leave passports and collect visas in the building located in Havana.

In early May, Ottawa suspended services such as visa and permanent residence processing in Havana and announced that the Canadian embassy in Mexico would assume most of these services.

For this reason, Cuban applicants for permanent residence in Canada will still have to travel outside Cuba for any required medical checkup or interview.

The staff at the Canadian embassy in Cuba was also drastically reduced since January this year, after several officials presented symptoms such as dizziness, nausea and headaches, as a result of the mysterious incidents that have also affected U.S. diplomats and that the Trump administration has described as “attacks.”

According to CBC News, not all restricted services are being reestablished, but an effort is being made for the processes to be faster, easier and less expensive for applicants.

Canadian Immigration Minister Ahmed Hussen has said several times that his office is working on a solution to the embassy problems, the digital media explained.

The embassy still does not accept paper applications for permits or visas, so the authorities encourage Cubans to make their applications online.

Neither the Canadian embassy in Havana nor Immigration, Refugees and Citizenship Canada had confirmed this information in their official channels, but according to what journalist Elise von Scheel, author of the CBC News story, said to OnCuba, the publication of an official note in this regard is expected.

Senator Patrick Leahy: "I am confident that if we were afforded the opportunity to vote, it would be law for Americans to travel freely to Cuba"