The new regulations in force since this Monday on the island in practice regularize the existing interconnections as long as their contents do not transgress "social interest, morals and good customs." 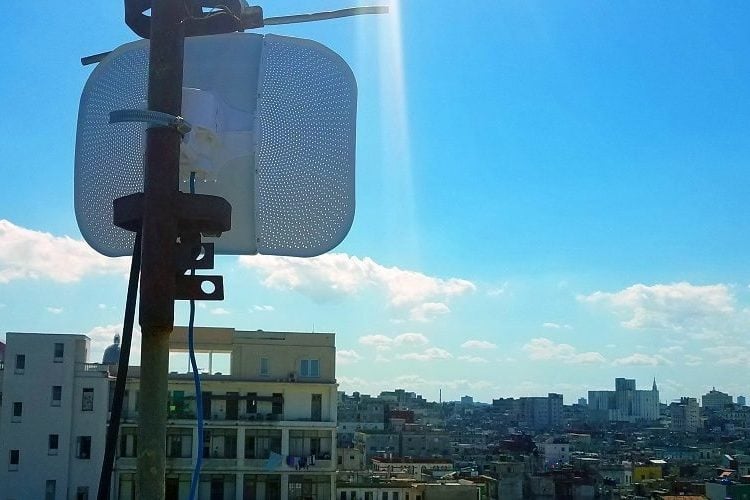 Private data networks are now legal in Cuba since this Monday, when the government’s new regulations came into force, which in practice regulate existing interconnections as long as their contents do not violate “social interest, morals and good customs.”

“It is about organizing private data networks and high-speed wireless systems at the frequencies of 2.4 Ghz and 5 Ghz,” the director of regulations of the Ministry of Communications (MINCOM), Wilfredo López, told state media.

For private homes, and provided that the connection is non-profit, a power limit of 100 milliwatt (mW, equivalent to 200-300 meters) is established and it is possible to connect a building or block “as long as it does not interfere with the public highway.”

It also allows for the creation of private networks to download files, applications, games and antivirus updates, “as long as they do not affect the integrity and security of the country or promote information contrary to social interest, morals and good customs,” the Cubadebate state website reported.

The other great novelty is that the authorities will allow the import of wireless data transmission equipment, although these must appear on a list of approved devices and it will be necessary to obtain an import license from the MINCOM, although the procedure can be done online from within or outside Cuba

The state-owned telecommunications company ETECSA will continue to be the only legal provider of internet access in the country, where at the moment this sector does not seem to be open to foreign investment, as has happened in many other economic areas.

The decision to regularize the data networks means that the authorities recognize and try to bring order to a reality on the island, where despite the restrictions on internet access in force until recently, Cubans sought ways to connect with each other and with the world.

Cuba, until recently one of the most disconnected countries in the world, is developing a computerized process at an accelerated pace that in the last two years has included the authorization of internet access from homes and the enabling of 3G and 4G services on mobile phones.

Although the first public Wi-Fi zones opened in 2015, the arrival to power a year ago of Miguel Díaz-Canel, an electronic engineer, has given a perceptible boost to this process, with which the president has also insisted on enhancing electronic administration and the use of new technologies.

In 2015, only 30% of the Cuban population had access to the Internet and currently 6.4 million users out of the island’s 11.2 million inhabitants are connected to the World Wide Web, and 40% have that service through mobile telephony, according to MINCOM data.