The Asian country will provide professors, bibliography, equipment and materials, and, in addition, will grant about 200 annual places for the island’s students attached to the Ministries of Education and Higher Education, and educational centers. 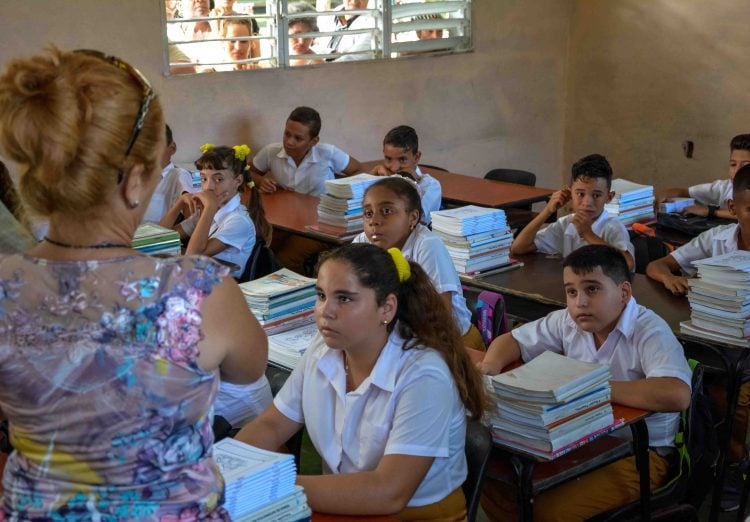 The governments of Cuba and China signed this Monday in Havana a bilateral exchange agreement in the area of ​​ early childhood, special, and technical and professional education.

Cuba agreed to enhance the teaching of the Chinese language in selected junior high schools, to which the Ministry of Education of the Asian country will provide teachers, bibliography, equipment and materials, the state-run Agencia Cubana de Noticias (ACN) news agency reported.

The new collaboration also includes China’s granting of some 200 annual places for the island’s students attached to the Ministries of Education and Higher Education, and educational centers.

The agreement, which came into effect as of its signature and for a period of two years, will include the bilateral exchange of information on institutions, teaching, research and pedagogical materials, as well as joint tasks of delegations and research groups.

Cuban Minister of Education Ena Elsa Velázquez expressed her government’s interest in strengthening collaboration in various areas of work and levels of education.

Velázquez gave the Chinese delegation, headed by Deputy Minister of Education Zheng Fuzhi, an explanation of the priority programs developed by the island’s educational system. Among them, she referred to the one that seeks to improve the quality of education at each level, with special attention to the History of Cuba subject, and the participation of families and the community in educational processes.

For his part, the Chinese deputy minister stressed the importance of consolidating basic education as a guarantee for the rest of the levels, and expressed his wish to learn about the subjects taught in Cuban schools, and about the organization of curricula.

His Cuban counterpart, Eugenio González, explained that this agreement opens up new opportunities in the curricular, organizational and technological order of the sector, which are expected to have an impact on the quality of education in both nations.

Cuba and China maintain close bilateral relations, in which the Asian country stands out as one of the main allies, the island’s second trade partner and collaborator in various technological development projects.

Authorities from both nations had signed some days ago a cooperation agreement with the aim of creating an artificial intelligence center on the island and another to enhance the teaching of the Spanish language.