“We hope to continue maintaining a constructive dialogue based on the agreement on political dialogue and cooperation,” following the principles of “respect” and “non-interference,” said the Cuban ambassador to Brussels, Norma Goicochea. 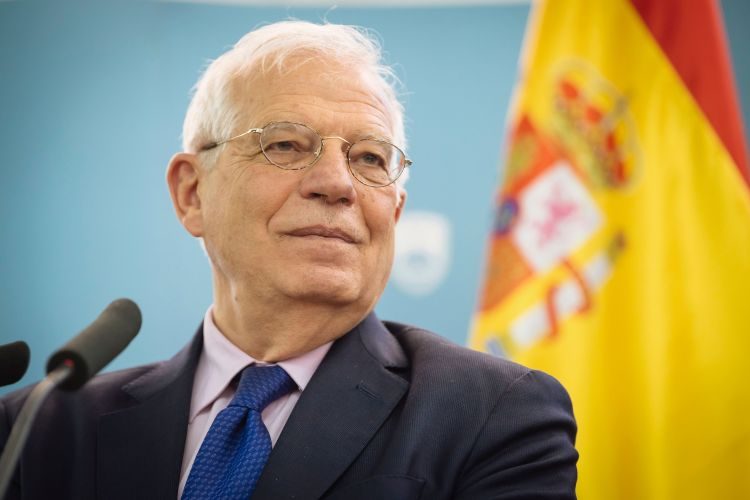 Spanish Foreign Minister Josep Borrell, who will hold the position of the community high representative for foreign affairs and vice president of the European Commission. Photo: Jure Makovec /AFP/Getty Images.

This Tuesday Cuba said it hoped to continue the path of progress in bilateral relations with the European Union (EU), after the arrival of the current Spanish Foreign Minister, Josep Borrell, to the position of the community high representative for foreign affairs and vice president of the European Commission.

“We hope to continue to maintain a constructive dialogue based on the political dialogue and cooperation agreement,” the first bilateral agreement between the EU and Cuba that has been applied for two years, following the principles of “respect” and “non-interference,” said the Cuban ambassador to Brussels, Norma Goicochea, in a meeting with journalists.

On December 1, Borrell will take over from Italian Federica Mogherini as the head of the EU diplomatic service. During her term she managed to revoke the unilateral and restrictive common position of the EU towards Cuba and develop the current agreement that serves as a framework for their relations.

In mid-October, Borrell made a visit to Cuba, in which he held a meeting with President Miguel Díaz-Canel and other leaders. On that occasion, the Spanish Foreign Minister rejected, on behalf of his country and the European Union, the “extraterritorial and unilateral measures” imposed by Washington and pledged support for Spanish companies operating on the island and which are being affected by the increase in U.S. sanctions.

Goicochea said in Brussels that the objective is “to keep moving forward” on this path that “reflects a will” by the European Union that “has nothing to do with what the United States is doing.”

“When the U.S. has closed avenues for dialogue, the EU has opened them,” said the ambassador, while considering that the European Union is “accompanying” the island through its cooperation in various fields.

The ambassador explained, days before the UN General Assembly again declares itself on the resolution that Cuba presents every year to condemn the embargo imposed by Washington on the island, that the U.S. economic harassment has “intensified” since the arrival of Donald Trump to the White House.

The activation of Title III of the Helms-Burton Act of 1996 by the Trump government in May has made it possible to file lawsuits with U.S. courts over the use in Cuba of nationalized land and property after the 1959 revolution.

This is also added to other U.S. actions that prohibit U.S. cruise travel, provisions that have been considered by the EU as “extraterritorial” and “unilateral.”

“Trump is trying to impose the stick policy,” Goicochea said, confirming that by the end of October, 20 lawsuits had already been filed through Title III.

According to her, the sectors most affected by this provision are industry, tourism and private initiatives.

The EU has already advanced its intention to apply the “embargo statute,” which prohibits the application in Community territory of sentences in the U.S. based on Title III and allows defendants to receive compensation in European courts. Nor does it rule out a possible lawsuit before the World Trade Organization (WTO).