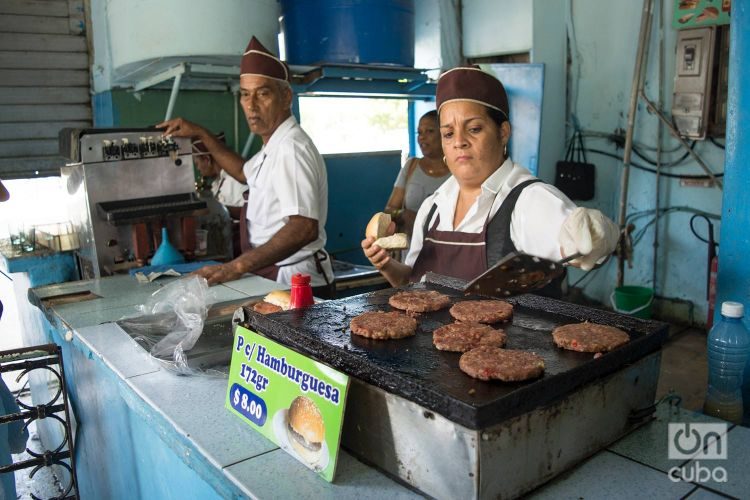 Twice this week I’ve heard this idea in two different contexts, although always referring to the state enterprise. “Doing away with the mechanisms that tie down the autonomy of the state enterprise” was one of them; “Our duty is to do away with the mechanisms that hinder the efficiency of the state enterprise” was the other. They were not said in any particular context, which forces me to think that there is sufficient conviction among decision makers that there are “mechanisms”―institutional and organizational arrangements―that are, at least in part, responsible for state-owned enterprises not meeting expectations.

In fact, we could say that there are institutional ―regulations and incentives― and organizational―administrative structures― arrangements which are part of all those obstacles that make our enterprises―not only the state ones, but also those other non-state―not as efficient as they should be. We can also say that many of these obstacles are not new, they date back many decades and even today, because of that fabulous ownership of bureaucracy so similar to that of matter (neither created nor destroyed, only transformed), they remain not only alive, but enjoy good health.

Just a few months ago, in the Congress of the Association of Economists of Cuba, in the commission that dealt with the state enterprise, the colleague who presided at the table read a diagnosis of the state enterprise that largely portrayed the current woes of our state enterprises today. When he finished reading that document he told us that it was from the rapporteur of a previous ANEC congress that had been held in the early 1980s. I bring it up only to illustrate how solid these mechanisms are, how much they have learned from each other, how much capacity for reproduction and adaptation they have.

Thousands of pages have been written about the state enterprise. Colleagues like Ileana Díaz, Luis Marcelo, Luis del Castillo, Humberto Blanco and many others, especially those who were professors of these professors, have approached this issue from different aspects. In all the congresses of the National Association of Economists of Cuba (ANEC) this has been a fixed issue. Thousands of economists from the provinces have addressed the problems of their enterprises in their respective territories in each of the scientific events that have been held over the past 40 years. Hundreds of consultations on improvement processes document relevant information at the micro and organizational level about the ills that afflicted (and afflict) the state business system.

At this point a lot of scientific research has already been carried out in this regard. If only what was written in the previous Communist Party of Cuba (PCC) congresses was reviewed, what was written about it in the Congresses of the Association of Economists of Cuba, as well as other diagnoses made from academic centers, I believe that many coinciding issues could be found―even in different time periods―which can give a clue as to what course to take.

There hasn’t been a shortage of formation and training. The training courses for entrepreneurs in Cuba are more abundant than the marabú in our fields. Since the time of the Higher Institute of Economics, but even much earlier, resources have been devoted to training our entrepreneurs―by the way, I have tried to find similar institutions in successful countries, Singapore, South Korea, Norway, etc., but haven’t found them.

But it is also true that you learn every day and that one way to learn, perhaps the most effective, is to learn by doing. Perhaps that’s where one of the obstacles lies, how much of what our entrepreneurs learn in these courses can they apply later given the institutional and organizational environment in which state enterprises are submerged? I’m convinced that it is not because our entrepreneurs don’t have a good intelligence quotient and because they can’t learn, in fact, almost everyone approves with outstanding grades.

A picture of the Cuban business world appears in the 2018 Statistical Yearbook.

In this picture, the non-state sector as a whole, which is 31% of the total number of employees in the country (4,482,700 persons), does not appear, the private sector! The sector that today is responsible for 12.9% of total employment (580,800 persons) and that contributes to the budgetary income a great deal of the four billion Cuban pesos that are collected through personal income tax despite the existing regulations that are of little help to their dynamics, their qualitative and their quantitative growth, as well as their functional integration with the rest of the national economy. Something similar happens with the non-agricultural cooperative “experiment.”

Nor do joint ventures and other forms of international economic associations appear, which are responsible for an important part of Cuba’s exports (nickel, rum, cigars, tourist services, the very dynamics of the Mariel Special Development Zone, with its more than 40 enterprises), so this picture reflects only part of the Cuban business world. However, its evolution produces interesting elements [1].

The other issue is more conceptual. It is very difficult to know how many state enterprises must exist in Cuba. However, there is at least one conceptual element that can serve as a guide and it is the concept of fundamental means of production that appears in the Conceptualization document which limits this very decisive issue to those who play a “strategic role in economic and social development, in the country’s strength, sustainability and national security.”

Could it be that all those hundreds of enterprises meet those requirements? Is the production of oil or electricity as decisive as the production of rubber flip flops? Is it decisive for the country to keep thousands of retail units, including warehouses, under state ownership and management? Are state grocery stores and coffee shops as decisive as the production of medicines and biotechnological products? What is more decisive and strategic for Cuban socialism, investing in repairing restaurants or putting that money into repairing and improving the material conditions of polyclinics and hospitals, of schools and research centers?

Many other questions could come up from comparing what appears in the conceptualization regarding the definition of fundamental means of production, which must assume the form of state property and all others that not even by chance could reach that condition. The conceptualization document, without a doubt a programmatic document, was approved in the previous congress of the PCC. In just one year and a bit we will have a new Congress.

Perhaps I’m very mistaken, but I am one of those who think that an important part of the obstacles that hinder our state-owned enterprises have to do, first, with the resistance to adopt the concept of fundamental means of production defined in the conceptualization; second, with the erroneous idea, inherited from other times and contexts, that the strength of the socialist economy is in the number and size of the enterprises that are under that system rather than in its really strategic character in the present and in the future; in the uncertainty that such a change must produce and the costs inherent in the opportunity of doing it or not; in the created interests, in that special belief of our people of the “mine,” in the most private sense that term may have and that so many times has been confirmed by the Comptroller General of the Republic; in the fear of abandoning the tranquility of being “state” and of taking the risks of ceasing to be that.

None of these obstacles is something material. You don’t need a Cuban peso, or a dollar, or a euro to start this change, I think it would rather allow us, at the beginning, to save many dollars [2] and then produce many more.

So let’s make the list of the obstacles that are hindering and that way we can do away with the mechanisms that tie down. At the risk of being wrong, I propose some:

These are some of those obstacles, they should barely represent 1%. So, if we want to help, even at the risk of being wrong, let’s help to identify others.

Because our country needs it and not because we are in critical times, but because we can only have development by being realistic and critical with what we do daily and contributing in some way to identifying the obstacles that hinder that aspiration.

[1] Cuba is not the one that benefits from this lack of information about successful sectors.

[2] Let’s just think about the amount of gasoline and oil the country would save by “converting” a great deal of “state cars” into non-state cars, without gasoline allocated at subsidized prices. The same could be said of electricity consumption.