Conversation with Ary Fernández Albán, pastor of the Reformed-Presbyterian Church in Cuba (IPRC) and professor of theology at the Evangelical Seminary of Theology in Matanzas. 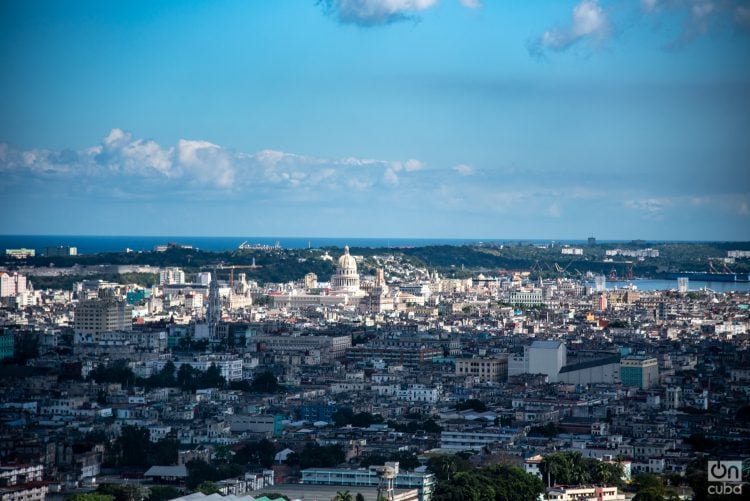 Understanding the fundamentalist phenomenon in Cuba, and the place of religious faith in the social sphere and cultural guidelines, is essential within the national ideopolitical map.

On April 1, representatives of two religious denominations discussed the Family Code on public television. Among them, we found out about some postulates of the Reformed-Presbyterian Church.

On this occasion, I’m talking with Ary Fernández Albán, pastor of the Reformed-Presbyterian Church in Cuba (IPRC) and professor of theology at the Evangelical Seminary of Theology in Matanzas, who will help us understand little more about the Cuban religious framework and the relationship between State, Church and political project.

What is the Reformed-Presbyterian Church? What is your biblical-theological doctrine?

The Reformed-Presbyterian Church in Cuba (IPRC) is a Protestant Christian denomination whose beginning dates back to 1890. It is part of the Reformed tradition or confessional family, which is how the churches that are grouped around the theological thought of John Calvin, one of the leading figures of the 16th century Protestant Reformation in Europe, and his ecclesial project in Geneva, Switzerland. The term Presbyterian designates its form of democratic-representative organization and government, in which presbyters (a Greek term present in the New Testament to refer to the “ruling elders”) are elected to lead the Church in the different judiciaries or government bodies: at the local (Consistories), regional (Presbyteries) and national (Synod) levels.

Theologically speaking, this Church confesses its faith in God, whom it conceives as the Trinity (Father, Son and Holy Spirit), a divine and eternal communion of love and life that continually creates, redeems, renews, reintegrates and reconciles all things to itself, including humans. It believes that Jesus Christ, the eternal Son of God incarnate, is the clearest Word of God to humanity in its liberating and reconciling purpose. That is why it confesses him not only as the Lord, but as Big Brother, in whom we are forgiven, accepted and embraced by the Father as children of God, and by whose example, teaching and Spirit we are called to participate as a community of disciples and members of the body of Christ (Church) in the historical realization in the world of his reign of peace, freedom, love and justice towards all his creation. The Church feels called by God to collaborate with this purpose or mission through its evangelizing prophetic testimony of service to the world, because by serving society unconditionally, it offers its worship to God, confesses its faith in God’s salvific action and proclaims that another different world, more humane — and therefore divine — is possible. The Church confesses this based on the biblical testimony about the revelation of God in its Creation and in history, particularly in that of the people of Israel and the first Christian communities.

What distinguishes the Reformed-Presbyterian Church from the rest of the Christian churches?

I would speak more in terms of characterization than distinction. Referring to an aspect that distinguishes the IPRC from the rest of the Christian churches, as if there were something unique in it, is something difficult to sustain, especially today when ecumenical and interconfessional dialogues and mutual influences of all kinds (theological, ecclesiastical, liturgical and missiological) among the various denominations make these distinctive or unique marks or aspects, easily recognizable in the past, practically unprovable today. In my opinion, it is more about the emphasis that each denomination or church places on specific doctrines, on certain interpretations of these, on the way of conceiving and developing the mission of the churches, on certain styles of ecclesiastical organization and forms of worship, etc. For example, the IPRC shares with the other Protestant Churches the fundamental principles of the Reformation: salvation by the grace of God through faith, Jesus Christ as mediator between God and humanity, the Bible as a regulatory reference to guide faith and conduct of Christians, and the universal priesthood of believers, to mention a few of them. However, there are three theological emphases that characterize the Reformed tradition: the sovereignty of God, the sanctity of common life and work (there are no dualistic or hierarchical distinctions between the “sacred” and the “profane,” but that all human activity and any dimension of life is an opportunity to serve and worship God), and the principle that the Reformed Church has to live in a permanent reform or revolution.

What relationship would the postulates of the IPRC have with the affirmation of a secular State?

That the State is secular implies the separation of the State from the churches or religious institutions in the sense that they have the freedom to operate internally without the intervention of the State and that, in turn, they cannot influence state policies and legislative actions to advance their own agendas according to their theological precepts to the detriment of the rights of other social groups. Among the biblical-theological foundations that lead us to emphasize the necessary secular character of the State is the already mentioned sovereignty of God. It could be thought that what said principle does is precisely deny such an affirmation. If God is the sovereign of everything, then the most logical thing is to suppose that the churches advocate the existence of a confessional State (in our case, Christian) that tries to legislate and govern the life of society according to its divine and sovereign will, a topic, moreover, extremely controversial. Many churches advocate this, others like the IPRC think differently.

Affirming the sovereignty of God implies confessing that God is the center of our lives and that our fidelity and obedience to his salvific will are above any other claim of an ideological, political, economic, cultural and even religious nature, especially if they oppose it. But it also means that God, in his sovereign freedom, reveals himself and acts in multiple and unprecedented ways through social structures, movements and institutions, and people, religious or not, to carry out his creative, emancipating and renovating purposes. This freely sovereign divine action cannot be restricted or controlled by human beings or by the institutions created by them, even by those that act explicitly in his name. Hence the necessary discernment that Christians, and believers in general, are called to do humbly and with an ecumenical spirit, identifying in society the active presence of God, as well as his demands for loving, respectful, harmonious and supportive practices and relationships, trying to build social consensus that is increasingly fair and inclusive, knowing that God, in the end, no matter how hard we try, does not fit into our doctrines and particular ways of objectifying him in images and concepts.

What link exists, in your opinion, between faith and politics?

Although this question deserves a much more complete answer, for reasons of space I will try to be very brief. The Judeo-Christian faith is an eminently political faith, that is, it is not faith in a God who lives with his back to the problems, vicissitudes and conflicts of his creatures, particularly human ones. On the contrary, it is faith in a God who takes very seriously their lives, their sufferings and their struggles to try to build ever more just, harmonious and equitable relationships between them and with the rest of the creation that was made flesh of human history in Jesus of Nazareth, a first-century Jew in Palestine, who in his eagerness to show his countrymen what that different order of things consisted of — the kingdom of God — had to confront the political-religious fundamentalisms of his time and pay the price with his life. The Judeo-Christian Scriptures, from Genesis to the Apocalypse, passing through the prophets and the gospels, bear witness to the indissoluble relationship between faith and politics.

What warnings should we take into consideration in the face of the increase in political fundamentalism with religious ideas?

I believe that all fundamentalisms, whether political, cultural or religious, are harmful due to their tremendously toxic effects, insofar as they contribute to poisoning the soul (see social networks), excluding those who do not share the same thought or behavior, and simplifying to an extreme degree the rich diversity and complexity of the world we live in, our representation of that world, and the place and role we play as part of it.