Washington has resumed talks with Havana on migration, but will domestic politics prevent the president from moving forward on other issues? 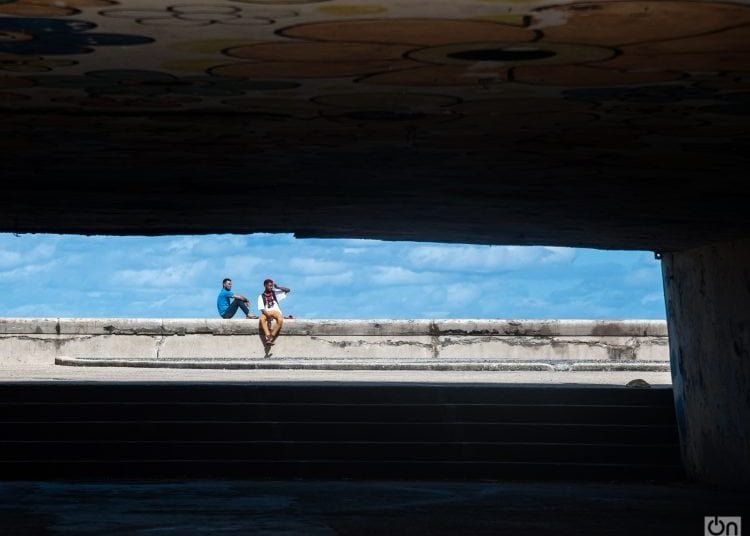 Fifteen months into his presidency, President Joe Biden finally has taken some baby steps toward re-engaging with Cuba on the issue of migration. Are they a harbinger of the broader engagement Biden promised during the 2020 campaign, or an isolated attempt to ease political pressure on the White House over the migration crisis on the southern border?

In March, the State Department announced that in May it would reopen the consular section of the U.S. Embassy in Havana, closed since 2017, and resume “limited” processing of Cuban visa requests. Then, last week, the United States held migration talks with Cuba for the first time since July 2018 — the first substantive diplomatic dialogue between the two countries since Biden entered the White House. Cuba’s negotiator, Vice-Minister Carlos Fernández de Cossío, characterized the talks as “very positive,” “very constructive,” and “a very important step forward,” noting that Cuba is also open to talks on a wide range of issues of mutual interest.

The purpose of the migration talks, according to Secretary of Homeland Security Alejandro Mayorkas, was to “explore the possibility of resuming” the U.S.-Cuban migration accords “that were discontinued.” What he didn’t say is that Washington discontinued them.

Trump also failed to comply with the U.S. obligation to admit 20,000 Cuban immigrants annually. The U.S. Embassy’s consular section was closed in 2017 when the State Department withdrew most of the embassy’s staff after two dozen U.S. personnel in Havana experienced unexplained symptoms that were dubbed “The Havana Syndrome.” Even though similar Anomalous Health Incidents were subsequently detected in half a dozen other countries — including the United States itself — the embassy in Havana was not re-staffed and the consular section remained closed. To apply for a visa to enter the United States, Cubans had to travel to a U.S. embassy in a third country. Legal migration of Cubans to the United States fell by 90 percent.

Irregular migration surged, as it has before when the Cuban economy is ailing. The twin blows of U.S. economic sanctions — especially restrictions on remittances — and the COVID pandemic that decimated the tourist industry have crippled Cuba’s capacity to import basic goods like food, fuel, and medicine. As living standards have fallen, the number of Cubans trying to reach the United States has risen rapidly.

With legal channels of emigration closed, Cubans have been traveling to the Latin American mainland and joining Central Americans on the trek north to the U.S. southern border or risking their lives trying to cross the Florida Straits on small boats and rafts. In Fiscal Year 2020, U.S. Customs and Border Protection encountered 14,018 Cubans trying to enter the United States without authorization. In 2021, the number jumped to 39,303. In just the first five months of 2022, it has doubled to 79,835. At this pace, the number of irregular Cuban migrants this year will surpass the numbers from both the 1980 Mariel migration crisis and the 1994 “balsero” (rafters) crisis.

Migration crises tend to upset the political status quo governing U.S.-Cuban relations. Normally, Cuba policy is a salient political issue only for Cuban Americans, especially those concentrated in south Florida. Consequently, they have disproportionate political clout, and historically most have opposed U.S. engagement. In 2020, Cuban Americans handed Democrats a decisive political defeat in Florida: more than 60 percent of them voted for Donald Trump, and Democrats lost two south Florida House seats they thought were safe. President Biden’s failure to keep his campaign promise to resume President Obama’s policy of engagement with Cuba is traceable to the White House’s political anxieties in the wake of that electoral drubbing.

But immigration is an issue that energizes voters nationwide, and Republicans have become adept at weaponizing it. President Trump’s policy of “maximum pressure” on the Cuban economy — a policy maintained by Biden — has exacerbated the migration problem on the southern border, the political perils of which far outweigh the risk of angering Cuban Americans in Miami. In February 2022, Gallup polls found that 58 percent of the public was dissatisfied with the level of immigration and Biden’s own polling firm found that 66 percent of likely mid-term voters disapprove of his handling of the issue. So President Biden, like President Jimmy Carter and President Bill Clinton before him, is willing to talk to Cuba about migration in hopes of limiting the political damage being caused by the surge in irregular arrivals.

The resumption of migration talks is a positive development, the first in U.S.-Cuban relations since Barack Obama left office. But it may not presage broader diplomatic discussions on the full range of issues — law enforcement, human trafficking, Coast Guard cooperation, environmental protection, and more — that were underway before Trump shut them all down. If the past is prologue, Washington will try to make headway on migration, taking some of the pressure off the southern border, without improving the overall bilateral relationship. An observation in 1998 from Brent Scowcroft — national security adviser to Presidents Ford and H.W Bush — still applies: “Cuba is a domestic issue for the United States,” he said. “not a foreign policy issue.”

The lesson Biden ought to draw is that migration is just one issue among many that can only be effectively addressed by dialogue and cooperation between Washington and Havana.

* This article was originally published in Responsible Statecraft, this version is published with the express permission of the author.