During the weekend and until this Thursday, maintenance work has been carried out “uninterruptedly” on the digital system that allows these commercial operations, said a note from the state corporation. 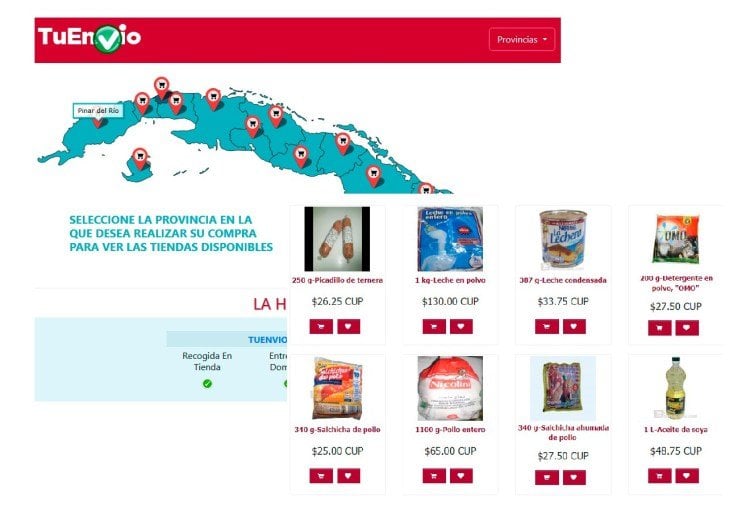 The Cimex corporation recognized that the tuenvio.cu virtual sales platform “has maintained a very unstable operation” due to the high demand generated for this service, after the closure to the public of large shopping centers in Havana and their establishment as virtual stores.

During the weekend, and until this Thursday, maintenance work has been carried out “uninterruptedly” on the digital system that allows these commercial operations, said a note from Cimex published in Cubadebate.

New equipment to manage network traffic, optimization of product images and increased performance of the infrastructure associated with the service are some of the “aspects that must be improved,” according to the corporation’s response to its customers.

The platform only supports payments from Cuba, through the Transfermovil application and the Telebanca card, they plan to increase bandwidth, only for national navigation and, incidentally, avoid requests from abroad.

“There is still a lot of work to do,” admits Cimex in the note, in which it assures it is “taking into consideration the suggestions sent to us by many of the customers.”

In the comments of Cubadebate’s forum participants complaints can read from customers who have not been able to access the site this Thursday.

One of them, who presents herself as a Banco Metropolitano worker, denounces that the established percentage for making payments through the Transfermovil app was not discounted.

The forum participant acknowledges that “customers appeared at our branch with this complaint” and they could not respond.

OnCuba readers have also criticized the malfunction of the Cimex digital site.

After the state corporation announced the increase in online stores and the expansion of the virtual shopping service, the instability of the website and applications where products are offered caused an avalanche of users with complaints.

The tuenvio.cu site was “down” on April 15, and this Thursday we were able to confirm that it is under maintenance.

The closure of several stores in the Cuban capital was a measure adopted by the island’s government to avoid crowds in the midst of the complex epidemiological situation caused by the COVID-19 pandemic.

Cuba in the face of the coronavirus: 1087 infections and 36 deaths to date

Cuba in the face of the coronavirus: 1087 infections and 36 deaths to date

Cuba: Lessons from this “induced coma” in the economy

Another medical brigade from Cuba, now to Argentina