To access its virtual stores, Cimex enabled the Tuenvio (www.tuenvio.cu) electronic commerce platform since the start of this modality, in which the province and the store in which the purchase will be made must be selected. 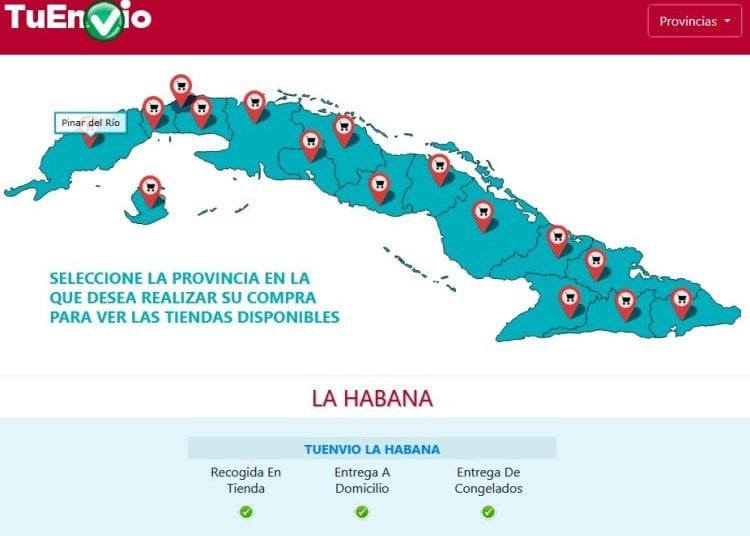 This weekend the expansion of the online stores of the state corporation Cimex was news in Cuba, with the aim of “making purchases viable and avoiding crowds in commercial establishments” at a time when the island is seeking to stop the transmission of COVID-19.

This service, present in Havana since last December and enabled in other provinces at the beginning of the current year, will grow in the coming days in the Cuban capital with the entry into operation in this modality of seven large shopping centers, including Mercado Four Caminos, Almacenes Ultra, Dragones Chinos and El Pedegral, which join Carlos III, which already had a virtual store and which, as part of the current plan of measures, closes its doors for purchases in person, with the exception of the Western Union office and the store in freely convertible currency.

In addition, it was announced that only “identified basic-need products would be sold, in the approved quantities” and that home delivery, which usually takes around a week or more―which has generated complaints from customers throughout the country―, would be enhanced “by incorporating the largest number of vehicles available,” while as of this Monday the Correos de Cuba postal service would also join the service and will carry out a pilot test for a week to “adjust the delivery conditions.”

To access its virtual stores, Cimex enabled the Tuenvio (www.tuenvio.cu) electronic commerce platform since the start of this modality, in which the province and the store in which the purchase will be made must be selected.

This platform allows you to buy for yourself or for beneficiaries and uses the Transfermóvil application, from the state telecommunications company ETECSA, as a means of payment, which must be associated with a Telebanca card–based on previously existing bank accounts–and which is also used to pay for other services, including telephone, electricity, water and taxes.

“In order to make (virtual) purchases, the first thing to do is to register a single time,” explained Julio Antonio García, director of Electronic Commerce at ETECSA, when the platform was launched.

In this register, the personal data of the client must be entered, who can add one or more beneficiaries. Next, you must select the products to buy from the department menu or directly use the platform’s search button, and then add the desired products to the shopping cart and check it before paying.

“At the end of the purchases, payment is made, where all the selected products and the total amount to be paid are listed. Based on this action, a sequence of steps are carried out in which the data of the beneficiary is defined, which can be the same as the buyer or another person,” explained García at the time.

“Finally, the payment order is sent and if you are browsing from the cell phone, you have the online payment option by Transfermóvil with the inserted data, or if you are on a PC, a QR code appears which is scanned with this payment application,” he added.

When paying, the customer will receive a notification with the payment confirmation completed, while having the option of printing a ticket. 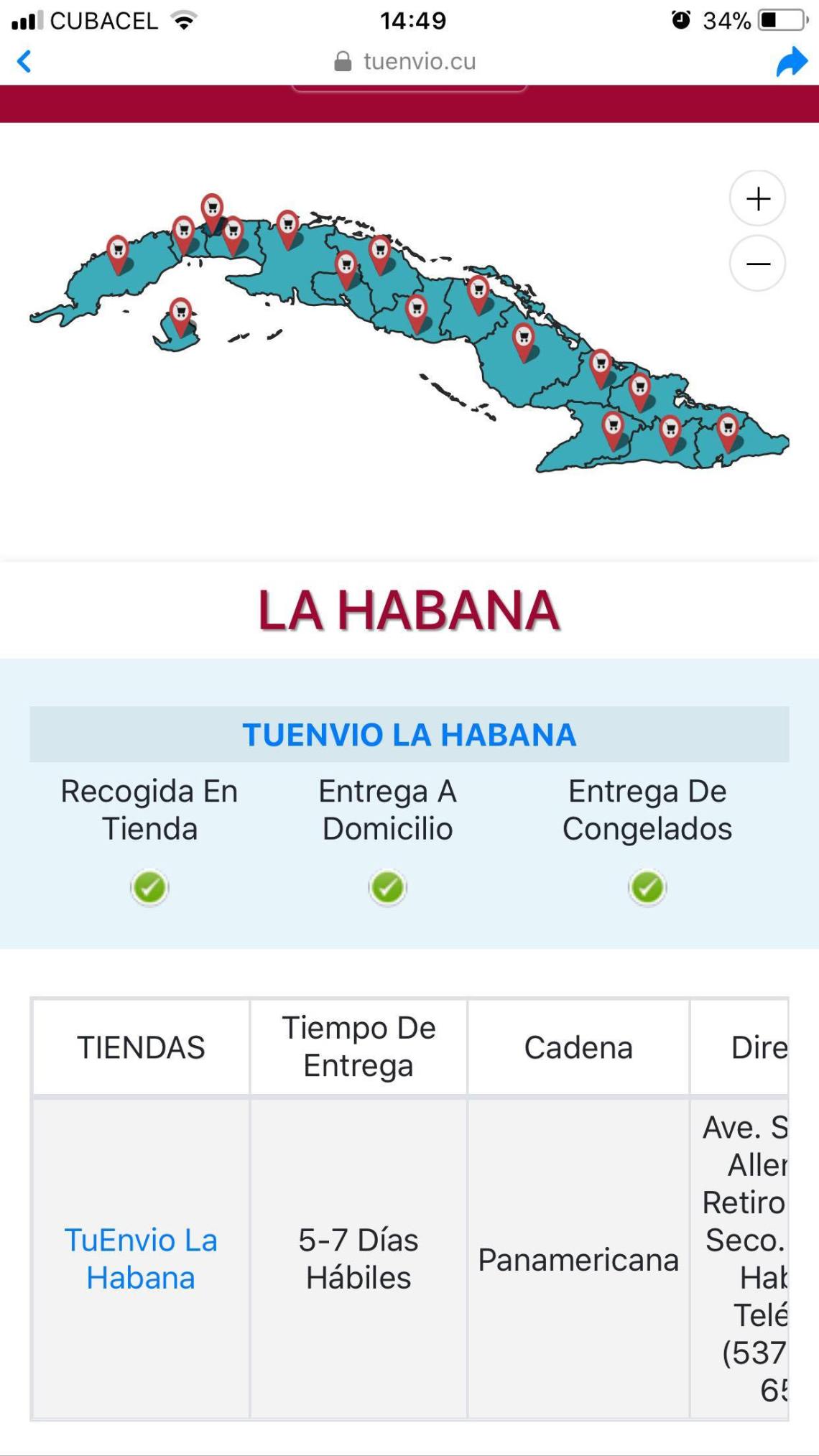 Pick up at store

Originally, the platform allowed you to select the type of delivery, which can be direct collection at the store or home delivery, which has an additional cost. However, the expansion of this service with the purpose of limiting social activity as part of the government plan against coronavirus, and the fact that several of these stores had closed physically, seeks to establish home delivery as the option offered to customers.

For this, Cimex announced that it reduced the minimum amount of purchase to access this service to 1 CUC or 25 CUP―before it was necessary to exceed 20 CUC to be able to contract home delivery―and that it will apply a 10% discount to rates approved to date, which can be found in the Transportation and Delivery Times Menu, available on the home page of the virtual store.

In addition, it assured that the aim is to increase virtual stores in other Cuban provinces and it published the amount that each person can buy of each product offered.

However, along with the announcement, concerns have also been raised by some Internet users, who have reported difficulties registering or even accessing the Tu envío platform even before the new stores opened. This situation undoubtedly represents a challenge for the promotion of this modality by Cimex, which must optimize its mechanisms in the face of a presumed increase in customers of this service, and more at times when data traffic―and with it, connectivity difficulties―has multiplied on the island, as reported by ETECSA.

Reality will then tell what the true effectiveness of these virtual stores could be and how much they could contribute in the effort to enhance social isolation and minimize the impact of the pandemic.