The demand for a majority Cuban presence will continue in branches such as the extraction of natural resources and the provision of public services, explains a note from the Ministry of Foreign Trade and Investment. 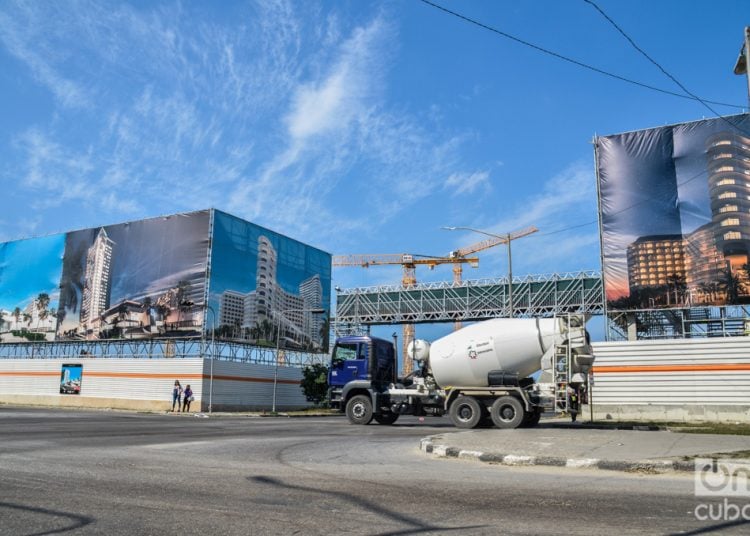 Hotels under construction in 3rd and 70th, in Miramar, Havana. Photo: Kaloian.

Cuba is giving way to majority foreign participation in investments in key sectors such as tourism, biotechnology and wholesale trade, according to Minister of Foreign Trade and Investment Rodrigo Malmierca Díaz.

The demand for a majority Cuban presence will remain in branches such as the extraction of natural resources and the provision of public services, explains a note published by the Ministry on its website.

It is a new Portfolio of Business Opportunities for the entire country, and in which tourism has the greatest number of opportunities; a total of 131 projects, as it was announced during the inauguration yesterday of the 1st Cuba Business Forum 2020.

The new agenda is made up of 503 projects and has an estimated investment of 12.07 billion dollars.

“The Portfolio clearly places the Mariel Special Development Zone within the strategic axis of productive transformation and international insertion, with 44 proposals, and it transpired that during 2020 it attracted foreign direct investment for more than 730.566 million dollars,” the note explained.

112 projects were incorporated, 43 more than the previous portfolio, and 72 already approved or in an advanced stage of negotiation were eliminated, according to the cited source.

During the Forum, Malmierca Díaz explained that “smaller-scale businesses and investment amounts with a marked export nature and that pay tribute to local development are projected, while, whenever possible, technologies that contribute to the use of renewable energy sources should be incorporated to the projects.”

At the same time as the Business Forum, with the participation of the Center for the Promotion of Foreign Trade and Investment and the Chamber of Commerce, the Council of State modified Decree Law 226, of December 6, 2001, which establishes the regulations for the organization and operation of the activity of the Mercantile Registry, with the aim of tempering the current conditions.