The Ministry of Public Health reported this Saturday 1,037 new cases of coronavirus, 974 discharges and 13 deaths, with which the death toll now stands at 525, 100 of them in the month April alone. 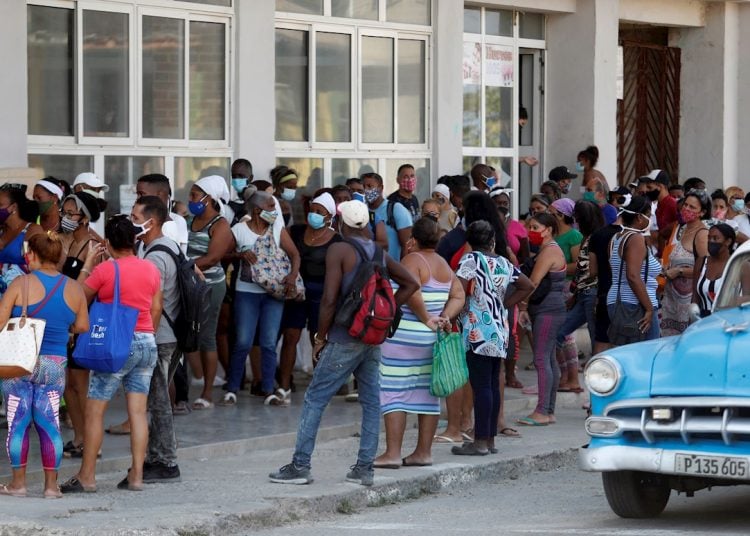 The Cuban Ministry of Public Health (MINSAP) reported this Sunday a record number of 13 deaths in one day due to COVID-19, with which the death toll on the island now stands at 525, 100 of them in the month April, which points to being the deadliest for the country since the first cases of the disease were reported in March 2020.

Of the 13 deceased, ten were over 65 years old and one of them was a Chinese citizen residing in Cuba. Five provinces reported at least one death on the day, with the worst indicators for Havana (nine), followed by one per capita in Matanzas, Ciego de Ávila, Las Tunas and Granma.

This Sunday, 1,037 infections of the new coronavirus were reported, so the number of confirmed cases on the island rose to 93,511. After compiling the data from April 17, all the country’s provinces, except the special municipality of Isla de la Juventud, reported at least one positive case.

The MINSAP report details that, of the 1,037 cases, 1,019 are autochthonous. A total of 993 positive cases (95.8%) were contacts of confirmed patients, 18 were imported (from India, Russia, Panama, the United States and the Bahamas) and in 26 it was not possible to specify the source of infection.

Havana is the most affected territory with 584 infections, one imported, all autochthonous. Twelve of the 15 municipalities in the capital report more than 20 cases, with red numbers for Arroyo Naranjo (82), Diez de Octubre (61), Cerro (58), Old Havana (57) and Habana del Este (50).

Matanzas also presents a delicate situation and once again exceeded 100 cases this Saturday: 103 autochthonous and 12 travelers from India. The territory presents a notable dispersion in 11 of its 13 municipalities, with Jovellanos and the provincial capital with the worst situation, reporting 26 infections each.

As has become common in recent times, Santiago de Cuba presented a high number of cases (87 and one imported) and Granma (65), two provinces that have seen a radical increase in recent weeks.

The provinces that continue having a complex situation are Mayabeque (37), Pinar del Río (29), Sancti Spíritus (26) and Artemisa (20 and two imported). This Saturday, Cienfuegos reported an increase of 20 cases, while Holguín (12), Villa Clara (10), Ciego de Ávila (10), Las Tunas (nine), Guantánamo (six and one imported) and Camagüey (three and one imported) have shown an improvement and possibilities of control in the short term if the health measures and protocols continue to be followed.

According to the MINSAP report, 38% (397) of the 1,037 cases were. Since the beginning of the pandemic in Cuba, 47,639 asymptomatic patients have been diagnosed as positive, which represents 51% of all those infected.

Referring to this, Dr. Francisco Durán, national director of Hygiene and Epidemiology, explained that among the day’s positive cases there are ten infants, and added that there are 11,638 positive cases in pediatric age, of which more than 90% have recovered. However, 666 of them are still active and one in serious condition.

After compiling the data for Saturday, April 17, in Cuba there are 4,895 active cases, a slight increase compared to the previous day. Of these, 4,832 have a stable clinical evolution, while 32 people are in serious condition and 31 in critical condition.

On the day there were 974 discharges, and now 88,035 patients have recovered in the nation. According to the health authorities, a total of 25,312 patients are hospitalized for clinical epidemiological surveillance and there are 3,855 suspects, while another 16,562 people are under surveillance through the primary healthcare system.

According to official sources, 3,363,901 PCR tests have already been carried out in Cuba. During the last months the number of samples has increased considerably with the operation of more than 20 laboratories for their analysis (all provinces except Sancti Spíritus and Isla de la Juventud have facilities to process them), which this Saturday April 17 totaled 22,088.