The Cuban border guard troops managed to capture the shipment of almost a ton of marijuana through the coasts of Guantánamo province. 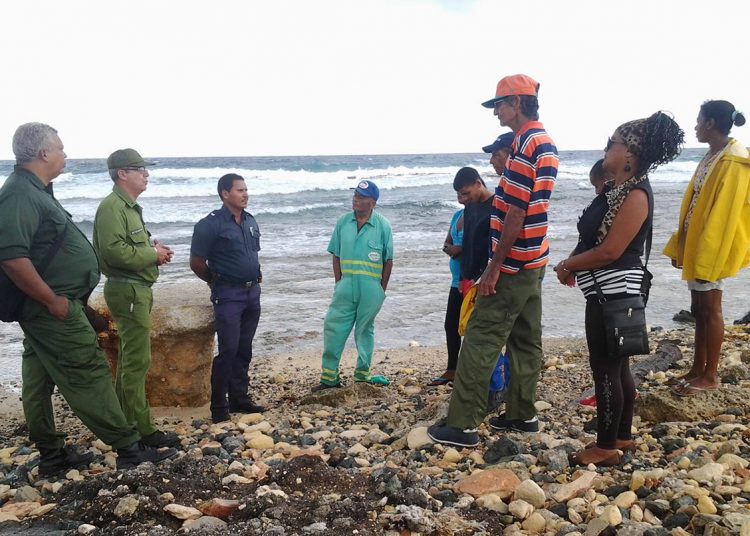 Members of a Mirando al Mar detachment and the Cuban military, who work together in the detection of drug arriving on Cuban coasts. Photo: lacalle.cu/Archive.

A shipment of 929.32 kilograms of marijuana was intercepted by the Cuban authorities last week to the north of the province of Guantánamo, the island’s official media reported this Saturday

The border guard troops stopped the drug trafficking operation in which three Bahamian citizens were involved aboard a speedboat, in an action where 66 bales with 406 packages of marijuana were confiscated, between the drugs thrown into the sea and the one hidden inside the boat.

The note specifies that the boat with two outboard motors, with papers from one of the islands of the Bahamas, was detected on April 10 at around 6:00 p.m. by the Visual Observation Service of the Radio Technical Post of the eastern Baracoa region.

After neutralizing one of the engines, the Bahamians showed resistance, disobeyed the arrest order, began throwing the drug into the sea and to pour a fuel tank inside the vessel, in order to set fire to the boat to eliminate the evidence and jump into the sea.

With the participation of the Punta de Maisí Radio Technical Post and two naval units based in Baracoa, the detainees involved and the confiscated material were made available to the competent authorities, the note said.

With this, three speedboats have already been captured in the confrontation with international drug trafficking in the northeastern region of the country in less than six months, and the fifth major marijuana transportation operation that has been frustrated in the Windward Passage since May of last year, seizing in said period of time about five tons of marijuana, whose principal destination was the United States market.