“A change in policy toward Cuba or taking additional measures is not currently among the top foreign policy priorities of the president,” said Jen Psaki. 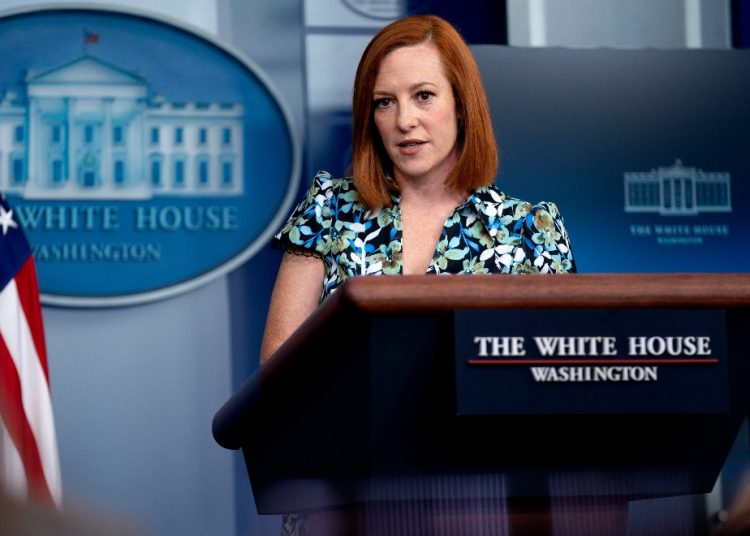 Changing the Cuba policy is not a priority for U.S. President Joe Biden, despite the fact that his predecessor, Donald Trump, promoted numerous measures to reverse the “thaw,” a hard blow for the island’s economy.

At least, this is what White House spokeswoman Jen Psaki ratified this Friday, when in her daily press briefing she was asked about the 8th Congress of the Communist Party of Cuba (PCC), in which its first secretary for several years, Raúl Castro, said goodbye to his public political activity.

Tune in for a briefing with Press Secretary Jen Psaki. https://t.co/qM0bTSB6k3

The spokeswoman did not comment on the congress or on Castro, but she did affirm that “a change in policy towards Cuba or taking additional measures is not among the President’s main foreign policy priorities,” although she acknowledged that “it is an issue on which we will remain committed and focused.”

According to EFE, a senior official in the Biden administration, who later requested anonymity, confirmed that the president does not consider Cuba a priority, but does want to “make human rights a fundamental pillar of his foreign policy,” which includes “redoubling” attention on the issue throughout the American continent.

The source clarified that the White House is committed to “reviewing the policies decided in the previous administration, including the decision to designate Cuba as a state sponsor of terrorism.”

Just a week before, Juan González, President Biden’s main adviser for Latin America, affirmed something similar to what Psaki said this time. The phrase “Biden is not Barack Obama in Cuba policy” went around the world after being said for CNN.

Just nine days before the end of his term, the Trump administration made the decision to return Cuba to that list, from which it was taken out in 2015 with the Barack Obama administration (2009-2017), during the “thaw” in bilateral relations.

Inclusion on that terrorism blacklist implies trade barriers and more sanctions, although Cuba was already being affected by many restrictions due to the embargo.

Throughout his four years in power, Trump imposed numerous sanctions on Cuba’s strategic sectors that deteriorated the already battered Cuban economy, immersed in its worst crisis in three decades, also due to the coronavirus outbreak.