The Ministry of Public Health reported on Tuesday 199 new cases of coronavirus, 182 discharges and one deceased. All the country’s provinces reported at least one positive case. 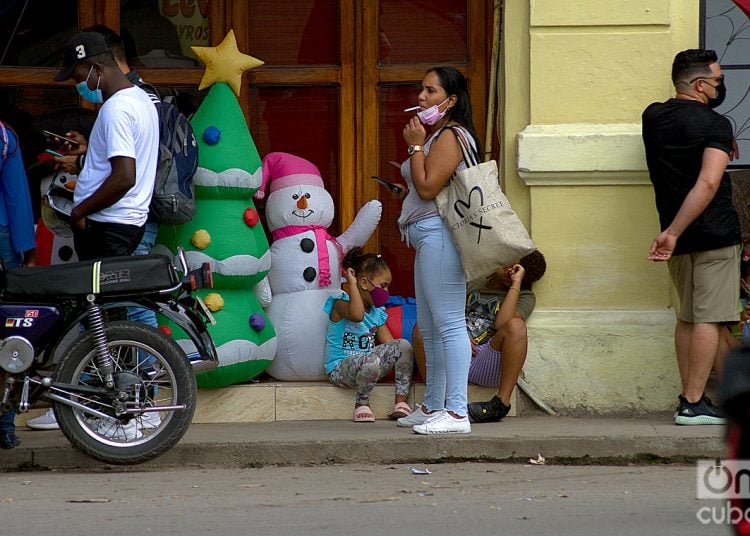 All the Cuban provinces reported cases in the January 2 report. Photo: Otmaro Rodríguez.

The Cuban Ministry of Public Health (MINSAP) reported 199 infections of the new coronavirus this Sunday, so the number of confirmed infections on the island rose to 12,424. After compiling the data from January 2, all the country’s provinces, including the special municipality of Isla de la Juventud, reported at least one positive case.

The MINSAP report details that, of the 199 cases, 89 are contacts of confirmed patients, 94 come from abroad and 16 have no specified source of infection, which represents a problem to cut the chain of infections.

Havana is the most affected territory with 55 cases, 21 of them imported, followed by the eastern provinces of Santiago de Cuba (23-15) and Guantánamo (20-5).

According to the MINSAP report, 75.4% (150) of the 199 cases were asymptomatic. Since the beginning of the pandemic in Cuba, 8,231 patients without symptoms have been identified as positive, which represents 66.3% of all those infected.

Although the information from the MINSAP offers these general figures, it does not specify, as on previous occasions, individual details of the 199 infected, such as their age and number of contacts.

After compiling the data for Saturday, January 2, there are 1,586 active cases in Cuba, one of the highest figures recorded since the start of the pandemic last March. Of these, 1,563 present a stable clinical evolution, while 14 people are in serious condition and nine in critical condition, including a 63-year-old Danish citizen who is under sedation with mechanical ventilation and is declared as stable critical.

On the day, there were 182 discharges, for a total of 10,676 (85.9%) recovered patients in the nation, and the number of deaths increased to 147 with the death of an 84-year-old Cuban citizen, resident in Villa Clara.

The patient presented multiple organ failure and cardiac arrest this Saturday. His evolution was torpid after his condition worsened on December 29, when he had vomiting, fever and respiratory distress.

According to the health authorities, a total of 3,184 patients are hospitalized for clinical epidemiological surveillance and there are 629 suspects, while another 969 people receive surveillance through the primary healthcare system.

According to official sources, 1,513,264 diagnostic tests (PCR) have already been carried out in Cuba. During the last two months the number of tests has increased considerably with the start-up of new laboratories for the processing of samples, which totaled 11,254 this Saturday, January 2.