As of this Friday, air operations with the United States, Mexico, Panama, the Dominican Republic, Haiti and the Bahamas, the countries from which the most travelers carrying the virus have arrived, were reduced to a minimum. 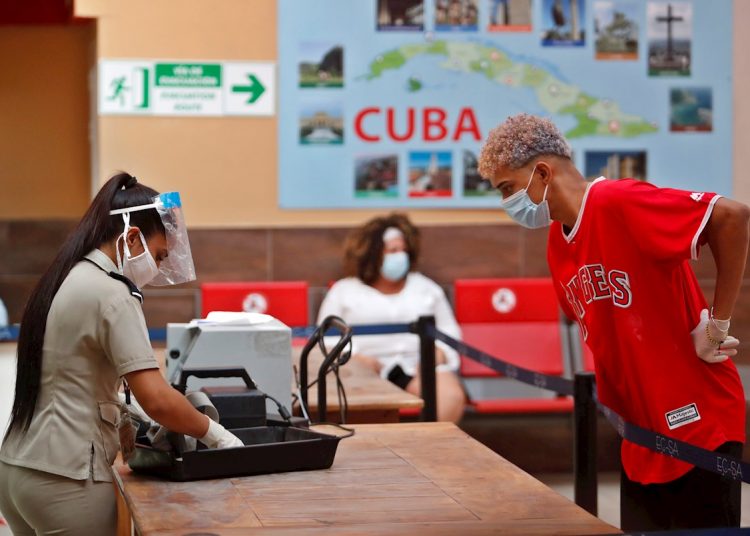 Cuba is beginning this year with the entry into force of a restriction on the number of flights it receives from six neighboring countries to try to control the rebound in coronavirus cases attributed to the reopening of the island’s international airports in mid-October.

To date the island has a total of 12,056 positive COVID-19 cases since March, after adding 193 new infections yesterday, 87 of them imported, according to the daily report of the Ministry of Public Health (MINSAP).

As of this Friday, air operations with the United States, Mexico, Panama, the Dominican Republic, Haiti and the Bahamas, the countries from which the most travelers carrying the virus have arrived, were reduced to a minimum.

In addition, as of January 10, Cuba will require visitors to have a negative PCR carried out a maximum of 72 hours before their arrival on the island.

The number of cases began to increase as of mid-October, when Cuban airports reopened after eight months of closure (Havana did so a month later), although infections accelerated in December with the increase in traffic related to the end of the year holidays.

At this time, 3,069 people are admitted to the island’s hospitals: 1,551 active cases (10 in critical condition and 14 in serious condition), 576 suspects and the rest under epidemiological surveillance.

Havana, the most populated province in the Caribbean country, maintains the highest number of confirmed cases, with 56 detected yesterday, 24 of them imported, and followed by Guantánamo (24) and Santiago de Cuba (24).

The total number of deaths remains at 146, as there were no deaths from COVID in the last day.

Since the detection of the first cases in mid-March, almost 1.5 million PCR tests have been performed on the island.

Since last October 12, the vast majority of Cuba has been in a “new normal” stage that allows the total activation of services and economic activities.

Havana, the capital, is still in phase 3―prior to that stage―along with several provinces that fell back in de-escalation due to outbreaks, mostly linked to the arrival of travelers infected in other countries.