Of the total number of cases, which correspond to the closing of Monday, January 4, 123 were autochthonous and 101 imported. 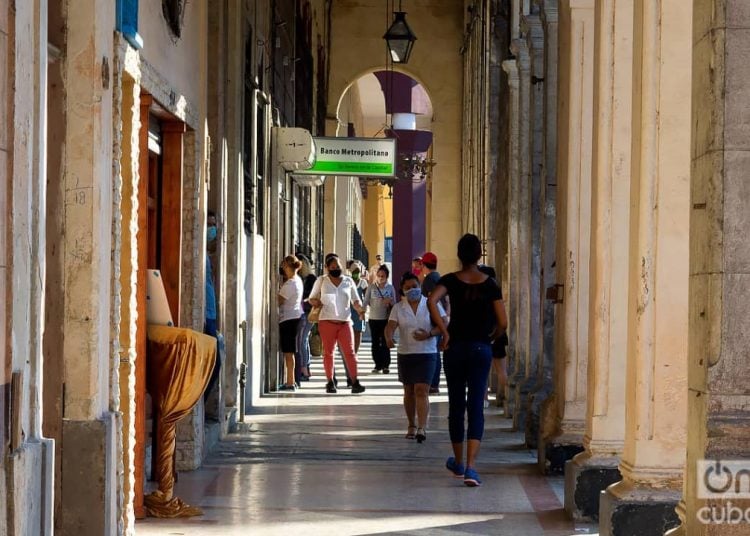 Once again, Dr. Francisco Durán is appearing at a press conference every day. The high number of infections by the SARS-CoV-2 virus has forced his daily presence on television. Today he reported 224 new positive cases, a figure much lower than yesterday, although he warns that “there is tension.”

“Transmission has spread to territories where there hadn’t been for months. There is tension,” said Durán, who is the national director of Epidemiology of the Ministry of Public Health (MINSAP).

Of the total number of cases, which correspond to the closing of Monday, January 4, 123 were autochthonous and 101 imported, an essential element for the situation that the island is experiencing and to which, in the words of the specialist, are added the result of the end of the year festivities, during which not everyone complied with the indicated measures.

In fact, of the 123 autochthonous cases, the COVID-19 detected in 40 individuals is related to imported cases, while 56.1% were contacts of confirmed cases.

In general, of the 224 positive cases identified this Monday, 198 were Cubans and 26 were foreigners. The territories with the highest total infection records are Matanzas (51), Havana (33), Guantánamo (33), Villa Clara (23) and Santiago de Cuba (19).

Regarding incidence rates per 100,000 inhabitants, the region that tops the list, taking into account the entire pandemic period, is Mayabeque (26 per 100,000), where, however, only six infections were registered today.

The number of hospitalized patients was a topic that the specialist also stressed, because “although our health system has not collapsed, the number of hospitalized patients is important.” Until midnight, there were 3,312 people in specialized care centers, 742 were suspects and 809 were under surveillance; meanwhile, there were a total of 1,761 confirmed active cases.

The number of discharged patients was favorable (199), although due to the number of positive cases reported, it did not reach a positive balance, in the words of the specialist.

There were no deaths from the new coronavirus this day. The island’s fatality rate is now 1.13% and the month where the highest volume of deaths was reported was December. 22 people remained in intensive care at midnight yesterday: eight in critical condition and 14 in serious condition. The rest of the data concerning this day can be consulted in today’s MINSAP report.