With the 76 new infections detected in the Cuban capital at the end of Sunday, the incidence rate in the last 15 days increased to 21.4 per 100,000 inhabitants, already not complying for 14 days with the indicator for the stage of new normal. 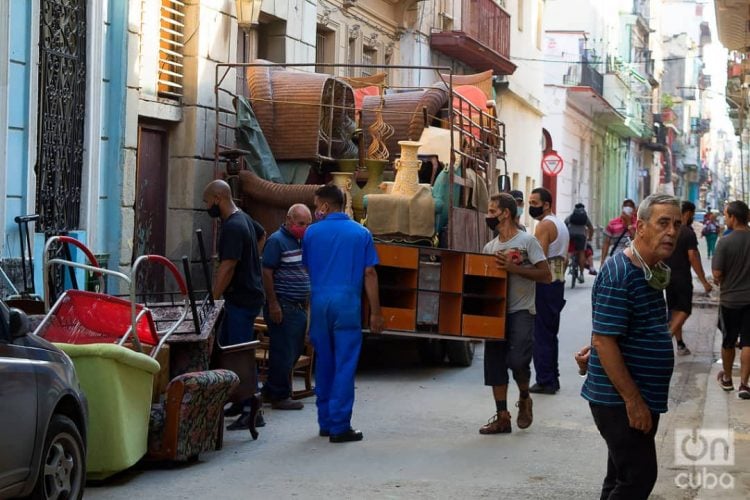 COVID-19 cases continue to increase in Havana, after the 76 new infections detected in the city at the end of this Sunday, according to official records.

The 76 new cases reported in the Cuban capital―in a day in which the country registered a new negative record with 316 infected―were the result of 3,133 PCR tests, for 2.43% positivity, said the newspaper Tribuna de La Habana.

Thus, 804,572 PCRs have been carried out in Havana, and 5,093 cases positive to SARS-CoV-2 have already been registered since the beginning of the pandemic, for a 0.63% confirmation and a cumulative incidence rate of 238.5 per 100,000 inhabitants.

In addition, the incidence rate in the last 15 days increased to 21.4 per 100,000 inhabitants, already not complying for 14 days with the indicator for the stage of new normal, says Tribuna.

Havana now has 536 active cases, of which 10 are ICUs, two of them in critical condition and eight in serious. In addition, 69 discharges were given.

Similarly, three transmission events remain open in the city: one in Calabazar, Boyeros municipality, with 28 cases, and two institutional ones in the Calixto García Hospital (31 cases) and in Colina de Villareal (27), according to the source.

This Sunday 42 new outbreak controls were opened, 25 of them due to people arriving from abroad, and 74 were closed, while 1,491 contacts were under surveillance, “which represents an increased risk for the transmission of the disease in the communities,” the Havana publication affirms.

As for the 76 new cases, 29 were imported (24 Cubans and five foreigners). Of these, nine were detected upon arrival in Cuba and 20 with the PCR on the fifth day, according to Dr. Carlos Alberto Martínez, provincial director of health in Havana. For their part, of the 47 autochthonous cases, 37 are contacts of travelers, seven are contacts of other positive cases and three have no known source of infection, with which the capital currently has five.

At the time of diagnosis, 32 of the cases were hospitalized as suspects, of them three travelers, while 18 were under surveillance in their homes as contacts.

Furthermore, the 76 new cases generated 758 contacts―about 10 for each one―and the 65 hospitalized suspects generated 523 contacts, 7.9 per capita.

Finally, Tribuna reports that since November 15, a total of 777 travelers were confirmed as having COVID-19 in Havana. The municipalities with the highest incidence are Cerro, Centro Habana, Plaza de la Revolución, Playa, Habana del Este, Diez de Octubre, Boyeros and Arroyo Naranjo, while by country of origin, the United States contributed the highest number of confirmed cases, with 407 (53.8%).