23 positive cases were reported in the last day. One patient was discharged; 284 remained hospitalized. 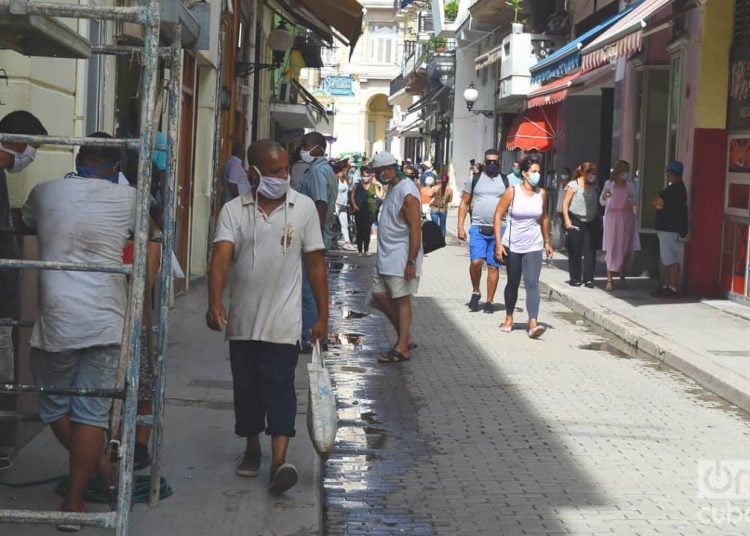 With deaths from the disease contained for more than 15 days, Cuba is facing new infections of the SARS-CoV-2 virus, which yesterday, however, amounted to 23, according to information provided today by the health authorities.

The information was registered after 3,346 tests were made across the country and it was known that the number of active cases is now 114.

The 23 positive cases diagnosed in the last 24 hours are Cuban, 22 of them were contacts of confirmed cases and only in one individual was the source of infection located abroad.

The imported case corresponds to a 68-year-old man, resident in San Luis municipality (Pinar del Río), from the United States. The rest of the new infections were reported from Bauta (Artemisa), and Marianao, Habana del Este, Centro Habana and La Lisa (Havana).

At midnight on Monday the 27th, there were no serious or critical cases, and 153 people were under primary healthcare surveillance.

Cuba has processed a total of 253,761 tests since the beginning of the pandemic on the island on March 11. Since then, 2,555 people have tested positive for the new coronavirus.

Cuba retires checkbook: pensions will be paid through electronic payrolls