“The yields of the most important varieties of genetically modified crops are lower or, at best, equal to the yields of traditional varieties” 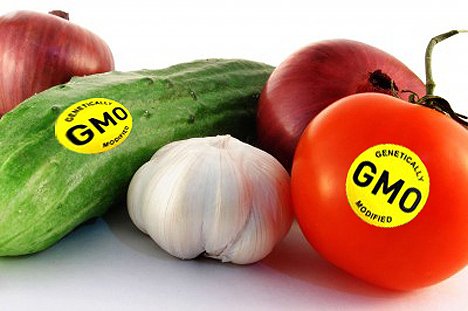 A few days ago, the national press published the news of the approval in Cuba of the regulations to carry out the work associated with genetically modified organisms (GMOs) and their use in the production of food in agriculture. Undoubtedly, having standards to regulate the investigation and use of these organisms is healthy for the present and the future of our country.

According to the World Health Organization “genetically modified (GM) foods are foods derived from organisms whose genetic material (DNA) has been modified in a way that doesn’t occur naturally, e.g. through the introduction of a gene from a different organism. The technology is often called ‘modern biotechnology’ or ‘gene technology,’ sometimes also ‘recombinant DNA technology’ or ‘genetic engineering.’” It allows the outcrossing of selected individual genes from one organism to another, also between unrelated species. Foods produced based on GM organisms or used are often called GM foods.

A GMO is an organism whose genetic information has been manipulated in laboratories, in a deliberate way, in order to confer one or more specific characteristics that make it behave differently to organisms of the same family, genus or species. They can be considered as “new organisms” that become part of the living beings who cohabit the planet. This fact has generated not a few ethical concerns regarding its biotic behavior and regulation.

Much has been written about the application of these GMOs in agriculture, their advantages and, above all, their dangers.1 In Cuba, opinions are divided, as in much of the world, among those who are for or against.

I summarize below a part of the history of GMOs in Cuba published in the aforementioned book:

* When the text cited above was published, no public report was available on its results.

From 2009 to the present it’s almost certain that much more has been done in this area, but I don’t have that other part of the story.

A revolution in yields?

Successive reports confirm that the yields of the most important varieties of genetically modified crops are lower or, at best, equal to the yields of traditional varieties. Several studies carried out between 1999 and 2007 undoubtedly reveal that soybean yields decreased between 4 and 12% compared to non-GMO soybeans, while Bt maize yields were up to 12% lower than those of conventional lines.

Up to 100% failures in Bt.21 cotton crops have been reported in India. Recent research from the University of Kansas shows just 10% average yield for Roundup Ready.22 soybeans, which also demands soil fertilization with manganese. Scientists from the United States Department of Agriculture (USDA) discovered at the University of Georgia that growing genetically modified corn in that country can lead to a drop in income of up to 40% .23.2

However, it’s true that in today’s world, a decisive part of the raw materials used for the production of feed for pigs, poultry and cattle is produced from raw materials (genetically modified corn and soybeans) and, therefore, it’s also true that, in some way, Cubans and almost the entire world population today have become a great testing laboratory for those two great food producing? monsters Monsanto and Bayer,3 which have shifted their production systems to many third world countries due to the restrictions in developed countries to use GMOs and their accompanying technological package with its star product: glyphosate,4 a sad memory for the Vietnamese.5

Glyphosate is a 50 percent mixture of two herbicides with phenoxy groups: 2.4-D (2.4-dichlorodiphenoxyacetic acid) and 2.4.5-T (2.4.5-trichlorophenoxyacetic acid). These chemicals were widely used in the U.S. agricultural sector. Although the two herbicides break down fairly quickly, dioxin is a highly persistent compound that can remain in the environment for decades and cause cancer and other health problems.

For Monsanto6 and Bayer, the main objective is not to produce food, in the end GM corn and soybeans are only a means to increase their profits, an essential purpose of the company whose concern with world nutrition is very doubtful.

It’s also true that Cubans have been eating chicken fed with GMOs for at least a decade and we are still here, alive and walking on this earth, without apparently something terrible happening to us, beyond the disappearance of GM chicken itself or not. I am not aware of any documented research examining the relationship between the increase in some diseases and the increase in consumption of GM foods in Cuba.

When presenting the decree law, Deputy Minister Armando Rodríguez Batista said: “The essential thing is to incorporate the orderly and controlled use of genetically modified organisms (GMOs) in agricultural development programs as an alternative to develop productivity, consistent with sustainable agriculture and food sovereignty, based on local research.”

According to the CITMA deputy minister: “Cuba seeks to use this technology for sustainable development and not practices that in other contexts have had an environmental impact. Cuba can take advantage of the production and technological capacity it has, but doing so with an environmentally sustainable approach.”

Achieving a positive synergy between the use of GMOs in agriculture and agricultural and environmental sustainability is in fact a very high goal which, if achieved, will be a relevant innovation on a global scale. Is it possible in Cuba to change the technological paradigm that accompanies GM crops on a world scale? Will we achieve seeds that don’t require the massive use of glyphosate or amino glufosinate? So how is it possible to think that the use of GMOs in Cuban agriculture can be compatible with food sovereignty, environmental sustainability, nutritional quality, and local food production systems?

Cuban agriculture, that which must provide us with fresh and healthy agricultural products for our consumption and produce raw materials so that the national food industry provides us with other products, good and healthy, has several “characteristics”:

The reforms that the Cuban government has recently announced should, within a reasonable period of time, promote the change of these characteristics with the consequent benefits in terms of yield, productivity and production. Is it necessary, then, to use GMOs in Cuban agriculture?

The yields of Cuban varieties of maize and hybrids (non-GM) obtained by scientific institutions during the last 40 years have shown that they can be achieved in production conditions between 4 and 6 t/ha.10

Recently, in a meeting with scientists who are experts in issues related to food sovereignty, the importance of bioproducts was highlighted, something far removed from GMOs.

That Cuban science should investigate this topic, follow trends and document decision-makers as much as possible, is unquestionable, but I believe there is a distance that must be kept between the above and promoting the use of GMO technologies as a way to raise yields and agricultural production in Cuba, when there are other ways that generate much less uncertainty about human health and biodiversity in our country and that are far from having exhausted their technological borders.

3 The German government, for example, prohibited Bayer from producing GMOs on German territory.

4 In March 2015, the International Agency for Research on Cancer (IARC) of the World Health Organization (WHO) classified glyphosate as “Probable human carcinogen” based on numerous scientific studies linking glyphosate with a variety of cancers, including non-Hodgkin’s lymphoma, kidney cancers, skin and pancreatic cancers. IARC initially published its conclusion in the Lancet Oncology Journal, the leading scientific journal in cancer studies worldwide. https://consumidoresorganicos.org/wp-content/uploads/2017/07/FICHA-TE%CC%81CNICA-DEL-GLIFOSATO.pdf

5 Main component of the orange agent used by the United States to defoliate Vietnamese forests and causing the birth of thousands of children with different types of deformations.

6 Monsanto was one of the main suppliers of the 76 million liters of herbicide with which Vietnam was sprayed from 1961 to 1972. Under the military project whose secret code was Operation Ranch Hand, the U.S. Air Force sprayed around 2.5 million hectares of the forests of southern Vietnam and cultivated fields to destroy crops. When not applied to crops, the herbicide was used to open large corridors in the jungle, preventing any concealment by Vietcong forces, especially along the roads, and making ambushes difficult.

7 This means that using the resources at hand, greater results could be obtained if done well.

8 That same potato by agroecological methods manages to produce up to 22 tons per hectare, with zero chemicals.

Cuba retires checkbook: pensions will be paid through electronic payrolls

Coronavirus in Cuba: new infections increase to 33, 11 of them don’t exceed 20 years