Baseball deserves the status of the nation’s heritage. Giving it that category would mean paying off a long-delayed debt. 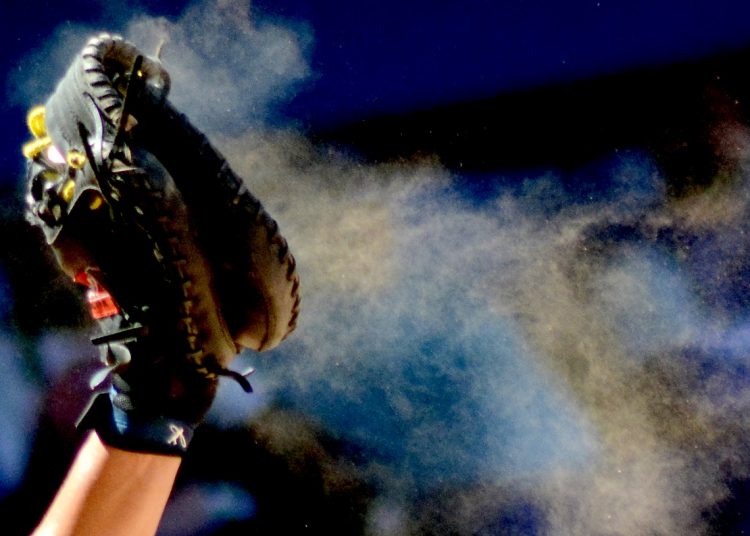 Baseball marked me forever. Ever since I was a little boy, I played it and it was the engine and the basis for the practice of any other sport. It helped me in the formation of personality, it made me understand that teamwork is essential to obtain results beyond the individual, and I learned to react under many pressures, to discern and select the best play in fractions of a second.

From a photojournalist’s perspective, there is no better sport to cover. With baseball, you develop an instinct for anticipation that, in the long run, becomes an essential tool. It is a complex discipline, its technical-tactical characteristics force you to know each move or pitch, because you don’t know when the dynamics of the game will change.

There is pressure in the stadium, to master perfectly the techniques of photography and photojournalism, so you can get good and different results. But I use that pressure as a stimulus, it generates a flow of adrenaline that I need and enjoy enormously in the exercise of creativity.

This is how I have fully lived unique and transcendent moments of Cuban baseball in the last 20 years.

Constructing stories through the lens throughout this time has been a great challenge, although, fortunately, I have had the opportunity to always be very close to the protagonists and see actions and reactions in the most complex moments in a game. That is priceless.

I will keep many stories forever for ethical reasons, but I would tell others and show them as many times as necessary, knowing the importance they have in preserving the historical memory of the sport and the nation.

Without the image, you cannot speak of memory. The human being needs to see, that the moments be illustrated to understand history, admire it and respect it. In the case of baseball, the rescue involves using all the images to sustain our heritage, creating accesses to them and multiplying their dissemination in each space.

3. The glory that has been lived. Photo: Ricardo López Hevia.

Perhaps in this way it will be possible to raise awareness that baseball―as Cuban as the guaguancó, the rumba, the son, the traditional Habanos or the rum―deserves the status of the nation’s heritage. Giving it that category would mean paying off a long-delayed debt, ignoring the weight that baseball has had in the formation and definition of our culture and identity.

We were not its creators, but we do have a marked influence on the terms and the way it is played today.

Baseball won with its entry and expansion in Cuba, the natives of the island contributed their rebellion, mischief and character. That unique style dazzled and prevailed with a school that was the root of many countries in the area, especially during the first half of the last century.

It is the sport that most identifies us in the world, and we do have others that contribute many glories. But there’s nothing like baseball. It is the most sung, taken to movies, plays, represented in all possible artistic manifestations, and if we go to language, many of the popular phrases have to do with the philosophy of baseball. Undoubtedly, it is an icon of “Cubanness.”

3. Are we against the wall? Photo: Ricardo López Hevia.

4. The sound of the game. Photo: Ricardo López Hevia.

Treating baseball as heritage is not an act that should remain in the mere symbolic plane. Concrete actions are required, and one of the first is to understand that baseball in Cuba is unique, with more than 100 years of existence. For unspeakable reasons, there is a gap between what happened before and after 1959, and that is a serious historical error that must be corrected. Now!

Recognizing baseball as the nation’s heritage would also imply giving it autonomy, a framework that allows rescuing, for example, the professional league that we always had and that became a reference and inspiration for the rest of the Caribbean countries.

The new economic proposals in Cuba are an ideal scenario. That option cannot be feared. A well-thought-out professional league, organized and with all the facilities and openings, would be a necessary and indisputable trigger for our national sport.

1. I do run faster than the ball. Photo: Ricardo López Hevia.

The fact that baseball is considered heritage does not imply that it cannot generate profits that later have an impact on its own development, as is the case in the rest of the world. As a sport, baseball has all the characteristics to be self-financed and never constitute a burden again.

Logically, this requires an absolute change of mentality. Thinking the National Series as a massive and developing tournament, giving way to a professional league with sponsorships, managing club and franchise concepts, and hiring foreign athletes are some of the essential maxims in terms of baseball becoming a great enterprise, independent, lucrative and prosperous.

Perhaps right now it seems like a dream, but you have to wake up and take the concrete steps to bring it to reality. That way we would all win, but baseball much more.