The agreement was signed by the Finlay Vaccine Institute, belonging to the Cuban state group BioCubaFarma, and the Iranian Pasteur Institute “to complement clinical evidence of the Soberana 02 vaccine candidate,” the island’s media reported. 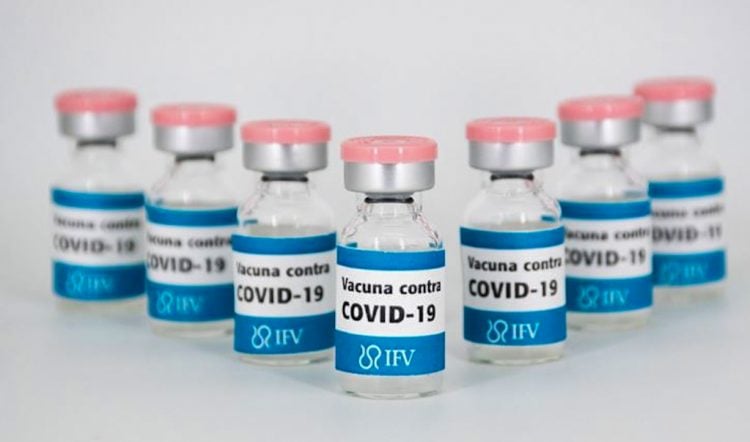 Cuba and Iran signed a bilateral agreement this Friday that establishes an alliance in the work for the development of a COVID-19 vaccine.

The agreement was signed by the Finlay Vaccine Institute, belonging to the Cuban state group BioCubaFarma, and the Iranian Pasteur Institute “to complement clinical evidence of the Soberana 02 vaccine candidate,” the island’s media reported.

A tweet from the Finlay Institute highlighted that this synergy “will allow faster progress in immunization against COVID-19 in both countries,” while the also Cuban Center for Molecular Immunology (CIM) highlighted that “the complementing of scientific-technological capabilities is vital to promote the accelerated development of effective therapies.”

Meanwhile, BioCubaFarma stressed that Iran’s Pasteur Institute “has a long history of collaboration” with Cuban scientific institutions and that the new agreement “strengthens the ties of friendship” between the two nations.

On his part, the spokesman for the Iranian committee to combat COVID-19, Kianush Jahanpur, stressed this Saturday that the agreement is part of his country’s “strategic alliance” with Cuba to develop a vaccine against the new coronavirus.

“A strategic alliance for both Iran and Cuba. Together we will move faster,” Jahanpur wrote on his Twitter account, in which he reiterated the “long history of cooperation” between the two countries.

Strategic alliance for both #Iran and #Cuba.
Together we will move faster.#Pasteur_Institute_of_Iran

Jahanpur previously explained that the first phase of the human clinical trial of the vaccine has been successfully completed in Cuba and that the second is currently being carried out on the Caribbean island under the supervision of the Pasteur Institute, the Spanish agency EFE reported.

In 2020, Cuban regulatory authorities approved four COVID-19 vaccine candidates, which are in various phases of clinical trials. The most advanced is precisely Soberana 02, which went to phase II of clinical trials last December, making it the first Latin American drug to advance to that stage, the Agencia Cubana de Noticias (ACN) news agency recalled, pointing out that it is “a conjugate and innovative vaccine” in which “the antigen of the virus, the receptor-binding domain (RBD), is chemically linked to tetanus toxoid.”

The agency noted that the vaccine candidate “began being applied in the last weeks of 2020 through vaccination, a process that proceeded normally and with strict compliance with the health standards and protocols established for such cases.”

Should that second phase be completed successfully, the third will be in Iran, in the last months of the Persian calendar year, which ends on March 21, according to Jahanpur, who is also the spokesperson for the Food and Drug Organization of Iran, cited by EFE.

The prevalence of COVID-19 is much higher in Iran than in Cuba, making testing easier. So far, a total of 56,100 people have died and 1,280,438 have been infected in the Persian country.

The spokesman indicated that Iran has made it a condition for carrying out the clinical trial on its citizens that there be “a joint production of the vaccine and a transfer of technology” to the Persian country.

On December 29, the Cuban Presidency reported that it was negotiating to develop the last phase of Soberana 02 trials in other countries, since the “low prevalence” of the virus on the island prevents these tests from being carried out effectively.

Both Cuba and Iran are under U.S. sanctions that, according to the Persian authorities, have made it difficult to fight COVID-19 and, more recently, the acquisition of vaccines even through the Covax program as the entire Iranian banking system has been punished.

Moreover, the supreme leader of Iran, Ali Khamenei, announced this Friday that “the import to the country of American and British vaccines” against the disease is prohibited, despite the fact that those that are already being supplied in many countries are those from the United States: Pfizer and Moderna.

In addition to its cooperation with Cuba, Iran has several vaccines in development. The most advanced and whose first phase of clinical trials began on December 29 is the COV Iran Barkat, produced by the pharmaceutical company Shifa Pharmed in two doses, the second 14 days after the first.