Of the 193 cases identified yesterday, 106 were autochthonous and 87 imported, both with increases in the last week, according to Dr. Francisco Durán in his press conference from the television studios. 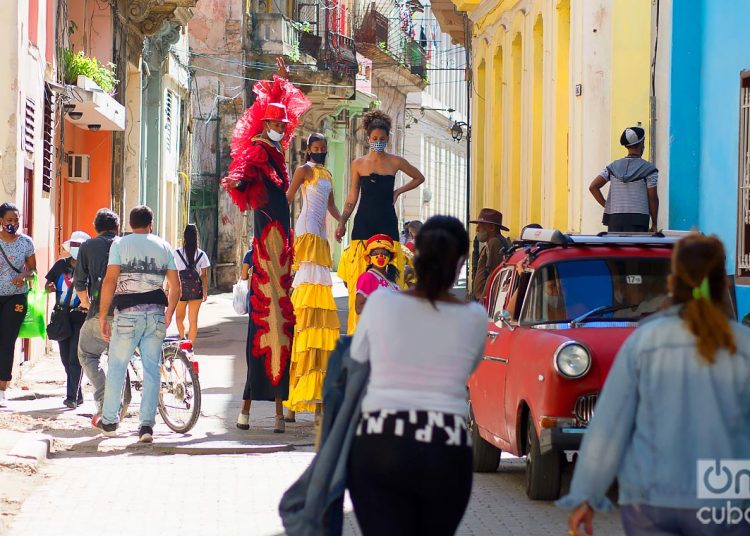 Cuba exceeded 12,000 infections after the detection of 193 people positive for the SARS-CoV-2 virus yesterday.

Thus, 2020 closed for the island with 12,056 since the first cases of the new coronavirus were detected in March.

Of the total of those identified on December 31, 106 were autochthonous and 87 imported, both with increases in the last week, according to Dr. Francisco Durán in his press conference from the television studios.

In fact, of the 2,192 infections registered in the final fifteen days of December, 1,166 were imported, mainly from nations such as the United States, Mexico, Russia, India and Spain.

In this sense, Durán recalled that due to such increases, next January 10 measures such as the requirement of a negative PCR with 72 hours in advance for travelers arriving in the national territory are coming into force.

The provision was announced the previous week and is in correspondence with the statistics for December, the month with the highest number of infections (3,675) since the first cases of this pandemic were reported in Cuba.

Regarding the effects by territories, Durán stressed that the provinces that identified the highest number of autochthonous cases on the last day of 2020 were Havana (32 cases), Santiago de Cuba (21), Villa Clara (11) and Guantánamo (11). On the other hand, the records of imported cases were headed by Havana (24), Camagüey (8) and Holguín (6).

Durán recalled that Havana continues to show the most complex situation since the largest number of international flights enter through its airport, one of the aspects that, together with the epidemiological complexity, influences the incidence rates of a territory.

However, the capital, with a record of 20 per 100,000 inhabitants, is in third place in this index, since the worst figures taking into account the number of autochthonous cases compared to the population at risk correspond to Mayabeque (23.4) and Artemisa (20.39).

Another aspect that the specialist stressed was that of lethality, after the seven deaths last week, with which the number of the coronavirus fatalities has risen to 146.

Regarding the new infections, also reported in the last report of the Ministry of Public Health (MINSAP), 184 are Cuban and nine foreigners.

Good news was the number of discharged patients: 220, “one of the highest we’ve had so far,”said Durán. With it, 747 people have already recovered from the disease in the last week and, since March, 10,345.

Compared to this, there are 3,069 patients who remain hospitalized for surveillance, 1,551 confirmed active cases, and 24 in ICUs: 10 reported in critical condition and 14 in serious condition.

“In difficult times”: the tango of normalization (IV)