According to a technical notice from the Institute of Civil Aeronautics of Cuba, the restriction of commercial flights remains in place until that date. Meanwhile, the U.S. Embassy recommends that U.S. citizens stranded on the island “continue to make the necessary preparations for an extended stay in the country during the quarantine period.” 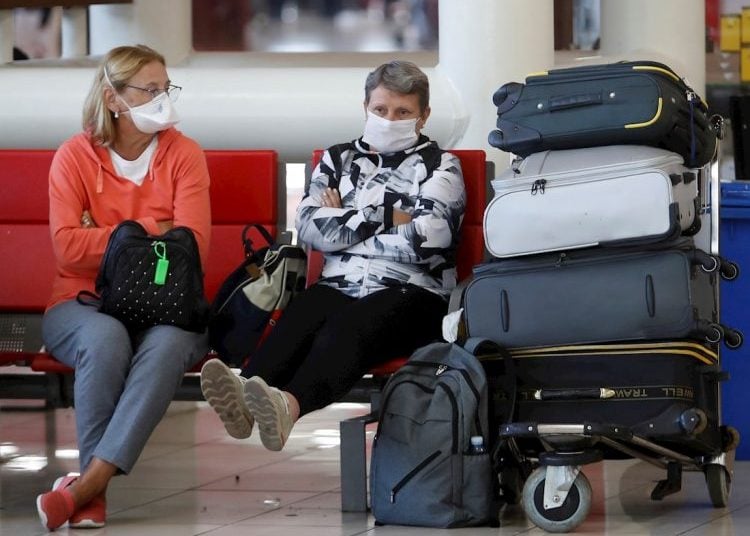 People waiting for the departure of their flights before the partial closure of Cuban borders to prevent the spread of COVID-19, at José Martí International Airport in Havana, on March 23, 2020. Photo: Yander Zamora/EFE.

Although the Cuban government has not released any official statement in this regard, Cuba’s borders will remain closed until at least August 1 due to the coronavirus pandemic. This was confirmed by the effective date of the measures established in NOTAM A2090 of the Institute of Civil Aeronautics of Cuba (IACC).

This technical notice, known as the “Notice to Airmen” or “Notice to Mariners,” is submitted to aviation authorities to report on the establishment or modification of aeronautical facilities, services, procedures, or hazards. In this case, the IACC NOTAM establishes that–for the time being– “aircraft operations are allowed only in the interest of medical collaboration, humanitarian aid and cargo transfer, in accordance with established sanitary measures,” until August 1.

The same tentative opening date is handled in a tweet from the United States Embassy in Havana. “On June 5, the Cuban government extended the closure of the airport until at least August 1,” says a tweet dated this Monday and which refers to a new health alert also issued by the diplomatic headquarters that day.

According to the notice, the United States Embassy is exploring options to cope with the sustained interruption of travel, although it recommends that U.S. citizens stranded in Cuba “continue to make the necessary preparations for an extended stay in the country during the period of quarantine.”

“Please comply with local quarantine requirements, check local news for information on travel notices to Cuba, and check with your airline operators regarding future flights,” recommends the notice.

It also affirms that the Embassy cannot guarantee the organization of charter flights to the United States and recalls that Cuba does not recognize the American nationality of citizens of that country born in Cuba, and also demands that Cuban citizens with dual nationality enter and leave Cuba using Cuban passports.

“Cuban-born U.S. citizens will be treated as Cuban citizens and may be subject to restrictions and obligations,” it warns.

This is the third health alert issued by the U.S. mission in Cuba regarding the transfer of citizens and legal permanent residents (LPR) to the United States since the pandemic began.

Although humanitarian flights from and to different countries have continued after the closure of Cuba’s borders, the concern of those who remain stranded on the island or need to return to it, is still largely conditioned by the resumption of commercial flights, a possibility that, according to the NOTAC of the IACC, will remain on hold until at least next August.