The new provision recalls that in the famous Cuban beach resort only “essential non-state forms of management” operate, which are “compatible with tourism” or “respond to the needs of the local population.” 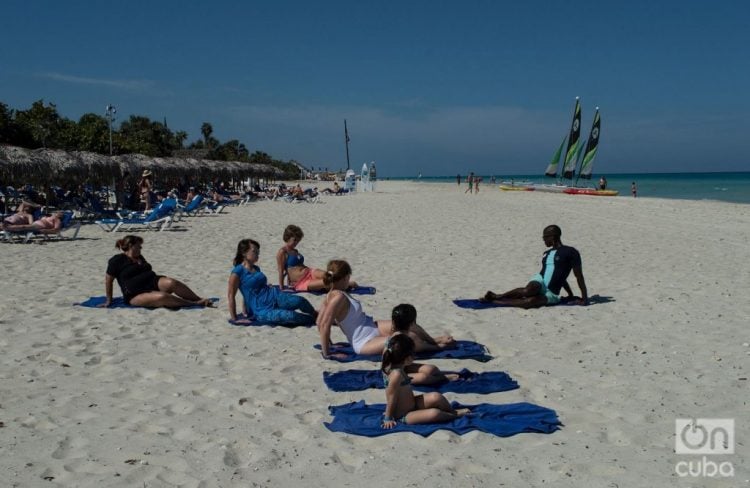 An agreement of the Council of Ministers of Cuba, recently published in the Gaceta Oficial, updated the regulations on the private sector in the tourist hub of Varadero and allows the issuance of new authorizations for self-employment, but only for a limited group of activities.

The new provision, which appears in the Gaceta Oficial Extraordinaria No. 42, recalls that in the famous Cuban beach resort only “essential non-state forms of management” operate, which are “compatible with tourism” or “respond to the needs of the local population,” Cubadebate reported.

In addition, it clarifies that from now on, new authorizations may be issued to exercise private work, but only in activities related to education and care children, care for the sick, people with disabilities and the elderly, as well as for the care of public toilets, lockers and parks.

The agreement also approves the granting of licenses for domestic service workers and the leasing of homes, rooms and spaces “with exceptional authorization” and allows the hiring of workers by the artistic creators of the Cuban Fund for Cultural Assets and the self-employed who work in the squares.

Bookkeeping and student reviews are also on the short list of activities in which authorizations for non-state work will be issued in Varadero, declared as an area of ​​high interest for tourism in Cuba and considered one of the best beaches in the world by TripAdvisor users.

The regulation, which will enter into force 60 days after its publication in the Gaceta Oficial, renders without effect a previous agreement of the Council of Ministers, issued at the end of 2016 and which “gave way in 2017 to the approval of certain licenses in Varadero, where since August 2012 no new licenses have been issued to carry out non-state work,” said Cubadebate.

The document “reiterates that forms of non-state management can only be exercised in authorized areas, and recalls the prohibition of using gardens, outdoor patios, side corridors, portals or other similar areas outside homes or other buildings,” the post added.

The new agreement is complemented by Resolution 36 of the Ministry of Culture, which contains the rules for the authorization of licenses for workers hired by artistic creators in the beach resort, located north of the western province of Matanzas. Said resolution prohibits the simultaneous presence of the artistic creator and the hired worker in the sales area “to avoid the increase of people working at the same time in the tourist destination,” the source indicated.

Why doesn’t Biden want anything to do with Cuba ... for now?