We are experiencing a new migratory wave that, although it may have trends very similar to that observed in the context of the reestablishment of diplomatic relations between Cuba and the United States (2015-2017), is taking place at a more complex time. 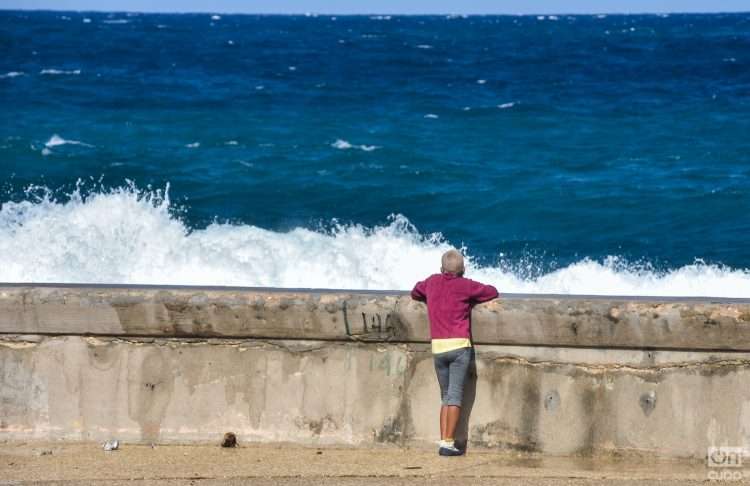 Like the winds that come and go, so have been the movements of people who arrive and leave Cuba: people who arrive without wanting to, forced by the context, or wanting it with all their might; others who have left in search of new horizons, driven by privation or forced by different circumstances; and some more who leave and return to leave again… or stay.

Cuba the archipelago, the largest island in the Caribbean Sea, has been — and is — the epicenter of a continuous human movement that comes and goes. That going/returning, leaving/coming, is also a consubstantial part of what we call “Cuban identity” with its complexity of beliefs, values, and practices that transcend borders to be and express themselves beyond “the circumstance of so many islands.”

The movement of people from Cuba to other countries, especially to the United States, has been commonplace since the 19th century and, after 1959, a trend driven and shaped by the transformations and internal circumstances of the island, the migratory evolution of the Cubans, and especially by the policies and “moments” of Cuba-United States relations. Its most intense and extreme manifestation has been the emigration, by unconventional routes, of a significant number of people in very short periods of time.

Today, we are experiencing a new migratory wave that, although it may have trends very similar to the one observed in the context of the reestablishment of diplomatic relations between Cuba and the United States (2015-2017), is taking place in a more complex moment. It is no longer just about arriving by land and irregularly in the United States with all that it entails in terms of risk and vulnerability, but the presence of the coronavirus, the United States’ restrictive immigration policies for regular departures of Cubans, the worsening of the internal crisis in the country, and the consequences of the geopolitical chess game of both nations where the migratory movement has been a key piece of the different government agendas,1 has generated a difficult and insecure scenario for Cuban migrants.

The Cuban migrants who are currently arriving irregularly in the United States come from almost all the Cuban provinces, have diverse socioeconomic origins and are characterized, for the most part, by having family relationships and ties in the United States that decisively support the carrying out of a long and strenuous journey mobilizing economic, social, information resources, and a long etcetera. Although the trajectory to arrive at the U.S. border is very diverse, the elimination of the visa by Nicaragua since the end of 2021 is one of the most relevant elements that has triggered this profuse migratory flow, which has become an “escape valve” in the face of U.S. migratory pressures and the internal crisis.

But this time, unlike what happened in Camarioca, Mariel or the rafters crisis, the vast majority of migrants do not leave Cuba by sea, although that exit route has also increased in recent times. Currently, itineraries by air to the American continent predominate, especially to Nicaragua, but also to other nations such as Panama, Ecuador, Brazil, etc., to make the journey by land through a variety of countries until reaching the border between Mexico and the United States. Aided by “polleros” or “coyotes,” the itineraries of this migration within Mexico are not univocal, but rather bifurcate, change, become disrupted to evade the authorities that have not been bought or due to the increase in border controls and expulsions of migrants in certain areas.

Thus, the journey from the South to the North Border is made through illegal, insecure routes, and through inhospitable places often controlled by the “narco” and where migrants are at the mercy of the people who transport and guide them. If you are lucky enough to arrive safely in a U.S. border state after this stressful and exhausting journey, the situation that Cuban migrants may face is usually very diverse, since they are not received “with great fanfare,” as a Cuban who made the crossing told me.

Although now it is very unlikely that they will be confined in a U.S. prison as happened in the years after the elimination of the “wet foot-dry foot” policy, or their return to Mexico via the MPP or “Quédate en México”2 policy to await the appearance before a judge, this does not mean that the border is open, as the Secretary of Homeland Security warned a few days ago,3 which is why the expulsion to Mexico or the return to the country of origin will continue to be generalized practices of the immigration policy of this U.S. administration. However, it is necessary to point out that the migration procedure is very disparate and depends on the border region in which the migrants are located, the nationality and the number of migrants to be processed/seen to, and whether or not there are migration facilities and staff. All this, in practice, translates into a diversity of modalities of processing and “enforcement” of migration in general and especially Cuban migration, which can vary overnight.

Considering the current situation, the Cuban nationality continues to be “prioritized,” as is also the case with the Nicaraguans or Venezuelans,4 but the island’s migrants are not exempt from being processed according to the urgencies and priorities of the United States. Thus, although the most common is that they are granted parole or the I-220A form,5 especially if they arrive in “family units,” this does not happen with all the compatriots who arrive in U.S. territory. In certain places, such as Texas, and when there is a high number of migrants that exceeds the capacity of the facilities to house them, it has been observed that the immigration authorities use the entire “repertoire” of instruments for migratory regulation, especially “Title 42,” and they return people to the Mexican side of the border regardless of their nationality, although this does not prevent them from crossing again as many times as necessary to achieve their objective.6

With this brief account of the context and general trends of migration in recent months, we will begin a series of works on the Cuban migratory wave of the twenties of the 21st century: the reasons for migrating to the United States, its itinerary and migratory experiences. Thanks to the extraordinary kindness and solidarity of the people who shared their difficult and exhausting experiences with us, we can learn about and treasure the experiences, dreams and aspirations of these migrants who were born fundamentally during the “special period” and the crisis of the 1990s, although Cubans of different generations participate in this migratory movement. To all of them, thank you very much for offering us your time and stories.

1 Either to control the irregular migratory flow coming from the island in the case of the Biden administration, or in order to relax the U.S. economic and political restrictions on the Cuban government.

On January 25, 2019, the presidents of the United States (Donald Trump) and Mexico (Andrés Manuel López Obrador) launched the “Stay in Mexico” or. Under this agreement, US border officials return asylum seekers to Mexico to await the judge’s decision on their case.

5 The USCIS (United States Citizenship and Immigration Services) defines on its page that the temporary residence permit “parole,” allows a person who is otherwise inadmissible or ineligible to be admitted to the United States, to travel and remain in the United States for a period of time. In addition, the I-220A form is a permit to be free in the United States but under immigration supervision. Information available at https://www.uscis.gov/in/forms/exploremyoptions/humanitarianparole.

6 American Immigration Council, “A Guide to Title 42. Expulsions at the Border,” May 2022.