Monetary reforms are not magical and cannot create wealth out of nothing, they stimulate or not the creation of wealth, but the greatest solutions are in the productive sphere. 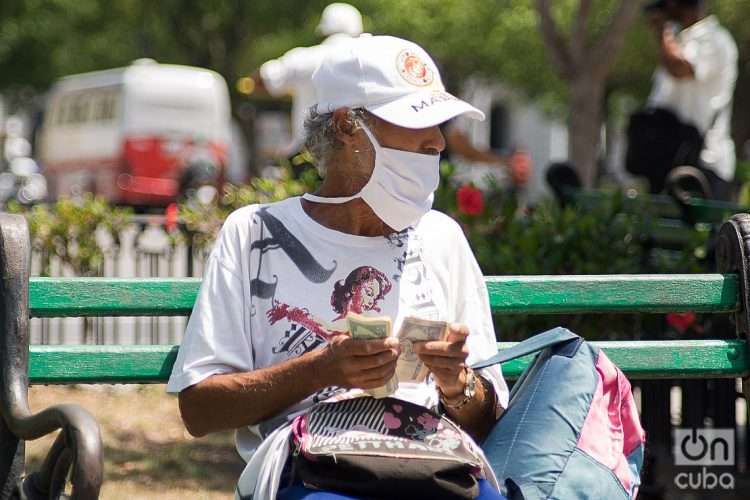 It’s been 17 months since the Reorganization Task started being implemented and in my opinion, due to the way it was implemented, it was evident that it could not meet its objectives, reality has shown it.

Some questions remained unanswered from the beginning: How to freely dispose of foreign currency obtained from exports or from sales to the domestic market in these currencies? How to invest to modernize production, or who should approve the investments to be made? What to do with the net income?

The monetary reorganization looked like it was going to improve the payment to the workers, by allowing a part of the profits obtained by the enterprises to be distributed among them. And it was in a certain sense, but they did not think well about the high inflation that occurred later, nor the imbalance that has been created in the state budget, and the vertiginous increase in liquidity in pesos in the hands of a part of the population.

Many countries, when they have made strong devaluations of their currency, or monetary reforms, have had to go to the International Monetary Fund (IMF) or other sources, to have strong currencies to face the shock of the moment, or the market’s high demand for foreign currency. Cuba did not have and does not have access to loans from the IMF, or from other sources, to deal with this situation. This was not going to change, even if the “reorganization” was done before or later.

It is true that monetary and exchange rate unification had been promised for years, but if the subject had been studied for more than 10 years, and it had not yet been implemented, it was surely because the problems and weaknesses of undertaking a reform of that depth, without having conditions for it, were known. Once again, political intent outweighed economic reality, but that intent alone is not always a guarantee of success.

In this process, there was the interruption of the sale of foreign currency by the CADECA exchange houses and banks of the system, or loss of the internal convertibility of the Cuban Convertible Peso (CUC), since it was the product of the state of the currencies held by the country, and of the high demand for foreign exchange, situations that would remain after the so-called “zero day.”

It should also be remembered that, due to a need for financial resources, store establishments with sales in freely convertible currency (FCC) arise. The country was forced to continue and increase sales in FCC, to capture foreign currency and maintain the product replenishment cycle in stores, but this was already an indication that there would not really be a real monetary unification in the country.

How many contracts with certificates of liquidity (CL) were approved and could not be paid? How many CL balances do enterprises have, for which the country does not have liquid backing in FCC? How many balances in USD do chain stores and foreign companies have, plus the population, for which there is no backing neither in liquid currencies nor in products in stores?

Those questions are not only for the current moment, but also should have been asked for when the monetary reorganization was going to start. If the answers were not very satisfactory, they could have indicated that it was not the best time to add fuel to the fire.

The “monetary reorganization” continued to treat the functioning of the economy in the same way that it has historically been conceived, so it is very difficult for the economy to change.

And, when it came to fixing the prices of merchandise, it was not surprising that the exchange rate of the CUP against foreign currencies had been fixed as it had always been done in Cuba. At the end of the day, the exchange rate is the relative price of the currency, and the “reorganization” was not far away from the practice of establishing fixed prices.

The bottom line was not whether the exchange rate on day zero was going to be 24, or below 24, or above. That would be just a photograph of the moment, even if it was more or less “blurred.” The important thing would be to see how the CUP exchange rate against other currencies would continue to be fixed over time; to see if it was true that there would be a relatively flexible exchange rate regime, as announced.

It was very difficult for executives to change from a fixed exchange rate regime to another flexible exchange rate. It implied permanent variations in many aspects of economic life, with a constant influence on prices, salaries, pensions, etc., and a close interrelation with all the other variables of the macroeconomy. But successful economies do not function with fixed exchange rates for long periods of time.

With greater or lesser success, since 1993 the Cuban population had been adapting to the existence of chain stores in foreign currency (first in USD, then with USD and CUC coexisting, and later only in CUC), accepting them despite not receiving wages in those currencies.

However, the current stores in FCC, which work only with cards, have had and continue to have strong and widespread rejection by the population. One may wonder why.

Previously, the population could exchange CUP for USD or CUC in the CADECAs, even if it was in the small amounts that salaries allowed. Now, if someone does not receive income in FCC, they must go to the unofficial market to acquire FCC, with greater difficulties and with a constant devaluation of the exchange rate of the national currency.

Ideas had also been filtered that the “reorganization” had the intention that salaries would serve to meet the needs of the population; that it could not be admitted that those who received family help from abroad, without working, have economic advantages over the working people. Very laudable ideas and goals to be achieved, but very difficult to put into practice simply with a monetary reform. Monetary reforms are not magical and cannot create wealth out of nothing, they stimulate or not the creation of wealth, but the greatest solutions are in the productive sphere.

What the monetary reorganization did not foresee was the magnitude that the informal exchange rate of the USD, the FCC and the euro would reach against the national currency.

Why were these values ​​reached? Due to multiple factors. On the one hand, the state increased wages in national currency, paid large sums of profits to workers in enterprises with profits, that is, the money supply in the country increased, and on the other hand, the stores in CUP were out of supplies and the only alternative was the FCC stores, also out of supplies, but less than the previous ones, therefore, people exchanged pesos for FCC.

All this added to the national economic crisis itself, and the eradication of certain barriers to emigration, which has led to at least 100,000 people emigrating so far this year, who have required dollars for their efforts.

Curious is the intention of the minister of economy in the month of May to advance information that was not immediately complied with by saying “There is a missing piece in the design of this task, which is the sale of foreign currency to the population, there is a large gap between official and informal exchange rate.”

The truth is that the announcement of the sale of foreign currency is just an announcement, and the certainty that this is not a short-term measure, nor can it be sustained indefinitely.

The United States government also announced increasing the limit on remittances to Cuba, increasing airline flights to other provinces, which could be interpreted as a new arrival of foreign currency to Cuba by travelers.

Fall of the dollar and euro fall in the informal market

The reality is that due to different official announcements, added to other factors, in recent days the USD and the euro have seen their value drop, without there being, for the moment, real reasons for that overvaluation of the Cuban peso. We are aware that it is necessary to preserve the value of the country’s currency, but the curious thing is how to do it if it does not have the fundamental strength within the national territory.

According to the website El Toque, which with all the criticism that can be made of the way they calculate exchange rates have been the only reference so far, there is a drop in the price of currencies with respect to the Cuban peso.

In simple observations in some private gastronomic centers of the city in the week of May 23 to 27, 2022, the price is lower than that expressed in the exchange rate of the table, reaching the price of the dollar at 80 and the euro at 90.

In conclusion, they are movements towards overvaluation, but without a real basis to support them, because neither the state has sold foreign currency or FCC, nor have remittances begun to arrive in volumes greater than usual, nor is tourism strolling through the streets in the quantities that pressure those speculative movements.

On the other hand, the economy does not give the signs that are needed for this overvaluation of the national currency, problems continue with blackouts due to breakages, plant maintenance and lack of fuel; one of the main potentially exportable products, such as sugar, has fallen to the lowest figures of the last 100 years, or from 1959 to date, and the volumes of the 2022 harvest could be estimated at around 500,000 tons. There are difficulties to meet payments to foreign suppliers, that is, transfers abroad have either stopped or slowed down. The U.S. blockade that affects us so much remains unchanged. In other words, it does not seem that the economy can recover in the short term and offer more goods and services, essential to curb existing inflation, therefore it is not possible to maintain the downward trend of the informal exchange rate.

So, this downward movement has been influenced by certain expectations, but the causes that have led to this high informal exchange with respect to the official one remain.

The so-called monetary reorganization with its exchange movement, instead of achieving exchange rate unity, has led to an exchange rate diversity where 3 rates will prevail according to the government, an official rate of 1 dollar equal to 25 Cuban pesos, a secondary rate, for certain enterprises initially and afterwards for the population of an estimated 1 dollar or FCC equal to 75 Cuban pesos1 and one from the informal market that has remained above 100 Cuban pesos with respect to the dollar, the FCC or the euro.

1 The secondary rate has not been officially disclosed but is between 25 and 125; it can be estimated that it would be 75 pesos.