The process, which seeks to decrease lines and provide better service, "is being gradually introduced," according to the possibilities of local governments. 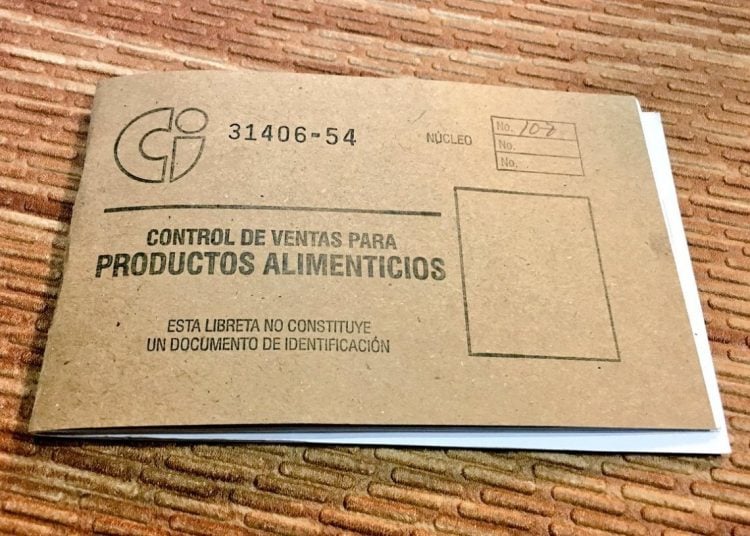 The Cuban Consumers Registry, known as Oficoda and which keeps track of the statistics for the distribution of the products that the State sells at subsidized prices on the island, “is directing its steps” towards a process of digitization, the daily Granma reported.

The objective is to “make more viable and efficient the procedures” carried out in the institution, whose original name is Office for the Control of Distribution of Supplies (Oficoda).

Its aim is to reduce lines, which are common in the more than 600 existing offices in different Cuban locations, as well as providing better service and having “less vulnerable” records, as part of the reorganization they have been undergoing for more than a year.

However, Granma clarifies, this process is being “gradually introduced,” according to the possibilities of local governments.

The plan is to digitize “all the information received” and with which they also seek to reduce spending on paper, “improve the storage of data” and “allow a better viability of the process,” said Marpessa Portal, head of the Consumers Registry department.

Portal said that the process “will favor perfecting the lists” of consumers, which, according to the official, will be compared “in an agile manner” with other institutions such as the Identification, Immigration and Foreigners Directorate of the Ministry of the Interior.

She also explained that the Oficoda offices, which emerged in 1963 and that today have more than 2,000 workers, will have a computerized system “designed so that consumers with changes of address from one province to another can go to the place where they will be registered and be able to make the change without having to travel there,” as it must be done at present.

To date, the Oficoda offices manually record the updates of information that includes the number of consumers of the rationed products, which are distributed through the so-called ration book, for each territory, the additions and cancellations due to births, deaths, internal transfers and emigration, as well as medical diets and other products distributed to people who are sick, vulnerable or affected by weather phenomena.

Given this accumulation of data, digitization will facilitate “the control, in an effective and safe way and less vulnerable to human errors,” said Portal, who said that for this the government is investing “substantial material resources” and that “this effort must be accompanied by a change of image” and an improvement in working conditions in the offices.

In Havana, 15 offices―one for each municipality and called “Oficodas 500,” alluding to the 500th anniversary of the city―will function as digitalization test offices, while they are being repaired and embellished, according to Dania Marín, Consumer Protection acting deputy director.

Granma reported that in these offices “the registry of application receptions is still done manually, but the statistical information is taken to the municipal calculation center where it is digitized.”

She furthermore affirmed that work is being carried out on “the conclusion of a Cuban software,” currently on trial, that will facilitate the process and “will be of use for the whole country,” although she added that “it is necessary to create a computer network” that links the local offices with “the higher entities.”

The digitization of the Oficoda offices is part of the “computerization of society” strategy, one of the priorities of the Cuban government since Miguel Díaz-Canel assumed the presidency.

As part of this, government entities, enterprises and state officials have created their own websites and profiles on the social networks, netsurfing was implemented through mobile devices and some initiatives have been launched for electronic commerce such as the “Super Fácil” digital shopping center, created by the Information Technologies and Advanced Telematic Services Enterprise (CITMATEL).