For almost a decade I have almost systematically heard our main leaders repeat again and again the indisputable truth that a change of mentality is needed.... 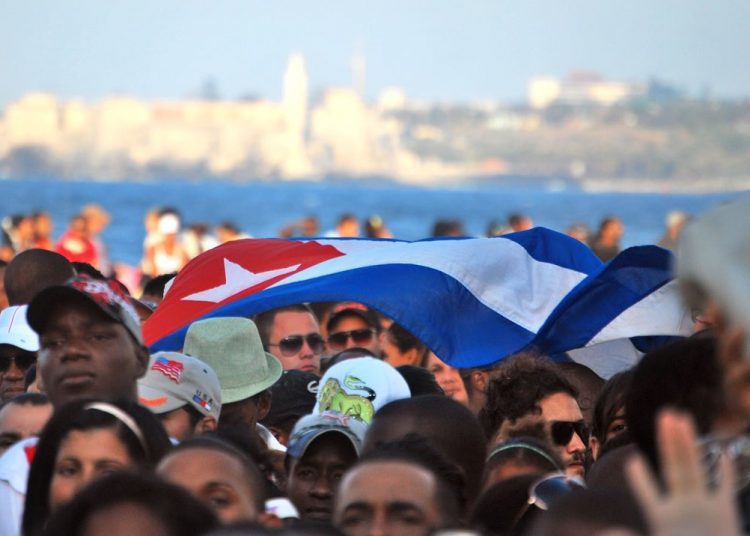 It’s true, almost always, that when something new is undertaken it’s necessary to change our old ways of thinking: to forget what was learned and start learning again.

When human beings are born, they have all the advantages in the world. Every time everything is new! As people grow up, their system of knowledge, the tacit and the explicit, is shaped according to what they’ve learned and the circumstances in which they’ve learned it; it becomes a complex system of signs, alerts, prejudices, which constantly tend to go backwards while driving forward.

There are people who’ve totally unbalanced this complex system: either they stay stuck in what they learned, or they simply forget what they already know and they throw themselves forward almost in a suicidal way.

Those entrenched in what they’ve already learned, in their lived experiences, ignore the present and deny the future. At the opposite pole are those who deny all previous learning and pretend that the present is disconnected from the past or the future.

Forgetting what was learned is a somewhat voluntary process, since it means consciously renouncing already appropriated knowledge and experiences, in the same way that learning is, whenever it’s really desired.

For almost a decade I have almost systematically heard our main leaders repeat again and again the incontestable truth that a change of mentality is needed. During all these years I’ve seen how it’s almost inexplicable that many intelligent people don’t achieve that goal, even proposing it.

Although the examples, like the surveys, don’t serve to prove anything but to corroborate something, I will advance some of them.

My first big surprise was during my first trips to the United States, when I met some of my best friends from junior and senior high. “El loquillo” whose entertainment was to drink alcohol to infinity and then drive, didn’t even drink a beer at our meeting. He explained it to me in a simple way: “partner, if I drive I don’t drink. Here it’s different.” The loquillo is a truck driver; “Santi, el suave,” who considered it was a weakness of character to get to senior high early, became a “vanguard worker” and one of the first things he boasted about was that he had been with the company for almost 20 years without having any discipline problems, that he has educated his children with iron discipline―as in the “Army,” he told me; not to mention SuperG, quasi-hippie, the most cheerful and not detached to material things of all of us, who learned after a month living in his cousins’ home that it “was different” there, as they explained to him and kicked him out. Today he is the “owner of his house” and has a bank account and credit cards, because if you don’t, “here you’re nobody” brother, this is “the truth.”

Others perhaps better qualified to learn than they, did not succeed and were left along the way. None of these three friends of mine went to a course to learn to change their mentality. No one was told in any job interview that he had to do it. The incentives that an institutional design produced forced them to change their minds at the risk of succumbing. Some took longer and others less. For some it was more painful than for others, but “the system” did not spend a penny on changing their mentalities.

Let’s see now our own reality. We need more foreign investment in Cuba, we need more foreign investors to invest in Cuba. For some time now we have known that one of the most repeated demands by these investors has been that they be allowed to directly hire workers without the obligation to do so through a state contracting company. In an exchange with a friend whom I respect a lot, he told me that “that” could not be allowed in order to avoid certain vices and harmful influences on our workers. However, we have all that is needed to “grant” that demand and handle the “dangers” that it entails. My idea about this is:

1- The State sets a minimum hourly rate in dollars, or better, in euros, CUC or CUP at the market exchange rate (24 to 1).

2- The law or the labor code establish the obligations for both parties: foreign employer and Cuban employee. In Cuba there is a Labor Code.

3- Our Constitution gives legal protection and establishes minimums for both parties. The due contract is established between the parties, worker and foreign investor.

4- The foreign entrepreneur pays through a Cuban bank in dollars the agreed salary that can never be less than the minimum established in the hourly rate.

5- The Cuban employee receives his salary on a bank card after deduction of income tax.

6- The Union looks after the interests of the Cuban worker.

7- The bank sees to the interests of the State and appropriates the currencies.

The State earns “hard currency,” has better control over the foreign entrepreneur and over the income of the worker and also decreases the bureaucracy associated with this issue. Workers gain because their salary improves, they receive it on a debit card and the Union would have greater incentives to play its role. There is no movement of cash.

The foreign entrepreneur doesn’t feel confronted with a strange system over which he has little control and isn’t part of the standards that he knows and at the same time has the counterpart of the state bank and the Union and is obliged to comply with what our laws establish. Isn’t this more transparent for everyone?

However, since Decree-Law 50 of 1982 this theme appears again and again as one of the great demands and still is. It’s true that it’s not only a problem of mentality, there are other issues that mediate here, but undoubtedly the resistance to this change is very great.

Just a week ago at an event, I heard a colleague from the podium speak disparagingly about marketing and advertising. Today we need to export, but there is very little that is done to promote Cuban products and services. Some companies have achieved some promotion; others are still very far from understanding this need or being able to satisfy it.

There is hardly any advertising on our television for our companies and our leading products. How much do we know about the products of new companies that are trying to export or even sell in the domestic market?

Thanks to ExpoCaribe we found out about a new company that produces and exports tropical fruit products, but there this is not systematic promoted. We have never seen any kind of advertisement about the potentials and products of a factory like the KTP of Holguín. The mythical Conchita doesn’t appear anywhere.

What is the ideological or political impedimenta for our teams to wear on their uniforms the logo of our companies and leading products? Why doesn’t advertising allegorical to our products and services appear on the fences of our stadiums? What’s the harm in announcing Ceballos and its products in the Ciego de Ávila stadium or that the hotels in Varadero appear in the Matanzas stadium? Why are the walls and spaces of our airports not fully used for this?

Why can’t our leading companies sponsor teams, events, etc.? How much do the parents of the small baseball players have to spend so that their children can play a provincial championship, is it not possible that Cuban companies can sponsor these teams?

Someone will be able to give some positive examples, such as Marabana or the New Latin American Film Festival that use these “techniques and tools.” Someone may also say that it’s not forbidden, but the truth is that it’s not explicitly accepted and allowed. Advertising and sponsorship are not within the “normal and natural actions” of Cuban companies.

We want to export, but very few companies think of an advertising campaign to publicize their products or services, and the “expenditures” in promotion are generally questioned.

This would also mean being able to have resources that otherwise would have to come out of the State’s dwindling budget.

We want to export, but “what is not announced is not sold.”

“Consuming Cuban products is good for the nation” was a campaign developed at the beginning of the Revolution to promote the consumption of national products. It was a way to help “substitute imports.” This was also another: “Get to know Cuba first and other countries later,” launched to promote national tourism.

These are just some examples of how much can still be done to give effective signs that it’s necessary to change the mentality.

Calling for a change of mentality is necessary, I would say that we must do it every day, but at the same time we must create the incentives to induce that change of mentality. Anyway, as in all places, there will be the hyper resistant, then we must change all those who must be changed.