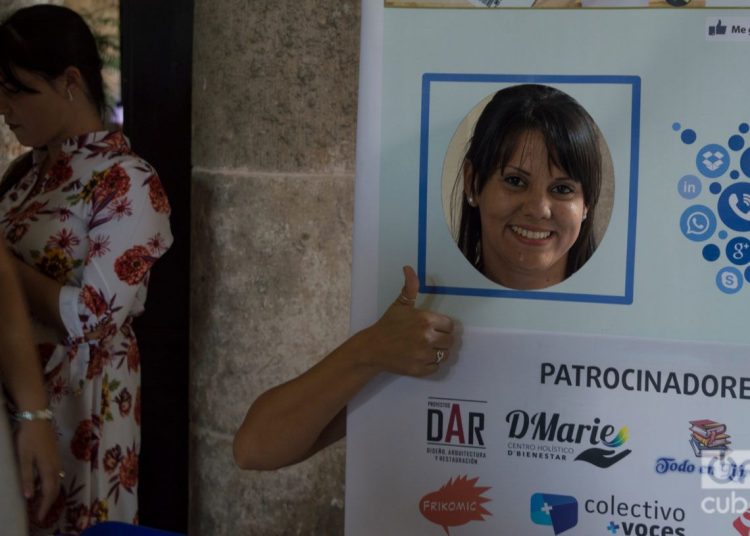 In the event “November of entrepreneurs” representatives of the Cuban private sector clicked on “like” for social networks as channels to advertise their businesses. Photo: Otmaro Rodríguez.

The Cuban government eliminated the list of jobs established in the private sector and left only 124 limited or prohibited occupations, a long-awaited reform that opens the doors to the expansion of self-employment amid the island’s economic crisis.

The decision had been announced last July as part of a package of measures to face the recession and the consequences of the coronavirus pandemic, but it was not approved until this week by the Council of Ministers, according to a report published this Saturday by the official daily Granma.

“This improvement’s purpose is that self-employment continue to develop,” said Cuban Minister of Labor and Social Security Marta Elena Feito, who recalled that the private sector employs 600,000 workers and represents 13% of the employed population.

The 124 activities that the private sector will not be able to access have not been specified, but the elimination of the list of permitted occupations implies going from the 127 that were included in it to more than 2,000 included in the National Classifier of Economic Activities, the minister said.

Feito also acknowledged that the health crisis and the strengthening of U.S. sanctions have “greatly affected” the self-employed, a large percentage of whom operated in the tourism and service sectors.

According to the minister, the interested parties must present a project and the procedures will be carried out through a single window, “which will make it possible to unbridle the productive forces in this sector,” she assured.

For his part, Minister of Economy Alejandro Gil described the elimination of the list as “a very important step to expand the possibilities of employment in the private sector, to give a timely and positive response to the implementation of the monetary reorganization in the country.”

Cuban economists and the private sector itself for years had been demanding the elimination of the list of permitted activities, considering it a burden for the country’s economy.

The measure comes a month after Cuba launched its long-postponed monetary and exchange unification, a far-reaching economic reform that includes the elimination of the convertible peso CUC (parity with the dollar), an increase in wages and prices and the withdrawal of generalized subsidies.