When George William Jorgensen traveled to Havana, he did so as Christine 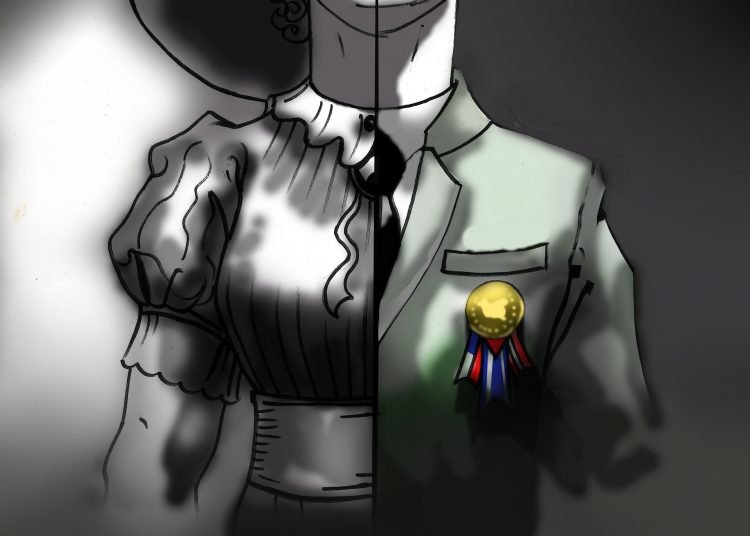 It should not be forgotten that the capital of Cuba was always a crossroads. Can we forget that they called it the City of the Fleet, the Antemural de Indias, the Key to the New World, Margarita de los Mares?

Everyone has passed through here.

Did you tell me that Albert Einstein too? Well, he, who not only had a nose for relativity, but also for social injustice, toured Havana’s poor neighborhoods to later pass judgement: “Luxurious clubs next to atrocious poverty that affects mainly people of color.”

But I say more: a certain British subject also walked through the same streets of Havana. He wore a Cuban guayabera shirt to avoid being recognized and gorged on mangoes.

It was that angel, that superior being named Alexander Fleming, who gave penicillin to the human race, who was also enjoying his second honeymoon in Havana.

Perhaps Pedro Vargas, “The Tenor of the Americas,” spent as much time on this island as in Mexico, his native land.

And Nat King Cole would take a quick trip to the Cuban capital whenever he could.

It was possible to meet Edith Piaf on a corner.

I must insist: everyone traveled through Cuba. Yes, famous people, including someone who became famous for a rather unique reason at the time.

Therefore, dear readers who follow these lines, I ask you to be patient because I must introduce…

George William Jorgensen, the son of a Danish carpenter of the same name, was born in New York in 1926.

But let’s be precise: he came into the world specifically in the Bronx, one of those places that sociologists in their aseptic professional jargon call “marginal neighborhoods.”

Much later, in 1967, writing his autobiography, George would describe himself in that environment as “a fragile, blond, introverted boy who fled from fist fights and rough games.”

He was able to graduate from high school.

And look at how things can be unpredictable: he formed part of the American troops that fought against the Nazi-fascist axis during World War II.

Later, there is always a later, he heard rumors about surgical novelties being tried in the so-called Old World. It is then that he decides to leave for Copenhagen, Denmark.

When he returns to home, he is no longer George, but a slim blonde girl wrapped in a showy fur coat.

His was the most scandalous sex change event of the time. He began by making the front page of the New York Daily News, while in another newspaper the case made the news with the headline: “Ex-Soldier Becomes Blonde Beauty!”

At that point he was no longer George, but Christine.

From then on, he would perform on the stages of U.S. nightclubs, he would record albums and even starred in more than one film.

Ok, but what about Cuba?

In 1953 Christine landed in Havana, but she did not come unguarded. No way! Her godfather is none other than Roderico Neyra, Rodney, or El Mago de la Pista, as he was known in showbiz.

When he presented his fiery mulatto women to the public, the Caribbean Sea would twist with tsunamis and all the adjacent lands shook. It was Roderico Neyra who made the Tropicana cabaret what it was and is: a place that compared to its U.S. counterparts has always stood out.

And Christine also took over that stage, she danced. Some say that she was formally hired by the company, that she knew a lot about advertising.

Meanwhile, the eternal pranksters of the Aragón Orchestra sang a cha-cha that, alluding to the city where Jorgensen’s great change took place, said: “Pa’ su escopeta, yo no voy a Dinamarca, / porque te cambian, compay, pa’ la otra marca,” which more or less means that just in case not to go to Denmark because you might be changed.

Perhaps he would always remember how he had danced wildly in the “paradise under the stars,” in Tropicana.