59% of the new employees were located in the state sector and mostly in the business sphere. The remaining 41% entered the non-state sector, in which more than 5,000 people held positions in the cooperative sector. 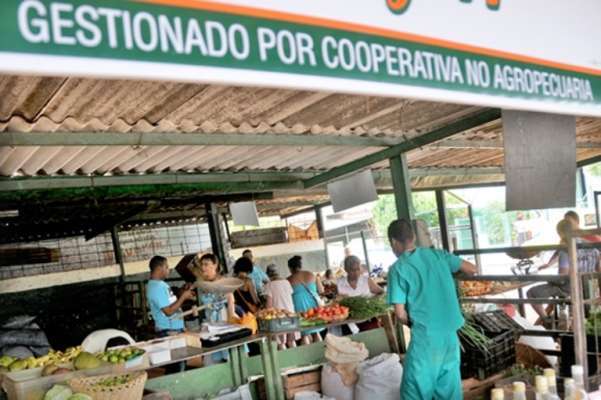 Some 236,000 people found employment in Cuba last year, the Ministry of Labor and Social Security (MTSS) reported this Tuesday.

Ariel Fonseca, an official of the MTSS, told the official newspaper Granma that this figure exceeds 147,000 new registered workers in 2020. Of the new posts 59% correspond to the state sector — the majority in the business sphere — and the remaining 41% to the non-state.

The official added that last year more than 5,000 people were employed in the cooperative sector, “in which there are still employment reserves,” and commented that the aim is to “attract more workforce to productive activities and less to the budgeted sector.”

The data disclosed indicates that a great deal of the new workforce has been absorbed by micro, small and medium-sized enterprises (MSMEs), which since they started being approved in September 2021 have reached the figure of 1,812, of which 1,759 are private.

According to official estimates, these new economic actors would have the capacity to offer employment opportunities to 27,000 people.

According to Granma, official organ of the Communist Party of Cuba, the implementation of the so-called Reorganization Task has among its objectives to increase people’s interest in joining the workforce, something that the publication considers was achieved when analyzing these figures.

Cuba began 2021 with this comprehensive package of reforms that included the devaluation of the Cuban peso, the end of dual currency, the general increase in salaries and pensions, and the reduction of subsidies. The Task came into force in the midst of a contraction of the economy due to the COVID-19 pandemic and the tightening of U.S. sanctions.

The Cuban gross domestic product (GDP) fell more than 10% in 2020 and only recovered 0.5% in the following year, according to figures from the Economic Commission for Latin America and the Caribbean (ECLAC), handled by the EFE agency.

The Cuban government itself has recognized that the “problems in the design” of the system and the “difficulties” in its implementation, partly due to the national and global economic situation, generated “theft,” “errors” and “undesired results,” in addition to “multiple dissatisfactions among the population.”

For the average Cuban, the entry into force of these measures coincided with the shortage of food and medicine, hours-long queues to buy basic products and many times in freely convertible currency stores, which only accept foreign currency through magnetic cards, when most charge exclusively in Cuban pesos.

The year just ended also left an inflation above 70% in the retail market, according to the government, although some experts estimate real inflation (including the informal market) is around 500%, according to EFE.