The plural country that we are will settle its differences at the polls. 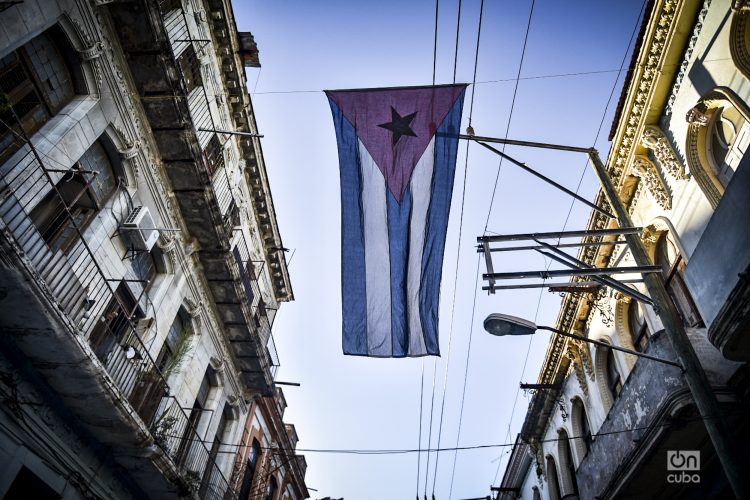 The beginning of the popular consultation has brought to the fore, in a more intense way, divergent positions regarding the Family Code. The interesting thing is that, with more clarity, organization and systematicity, campaigns are articulated in favor of its provisions, and others against. The plurality of visions and proposals about the Cuban reality and its outcomes is noted with the debate on this law, while displaying the opportunity to air them subject to regulations of social coexistence, citizen participation formulas, institutional recognition, and rights of public demonstration.

The current counterpoint is not new, it had its first episode around Article 68 of the then draft Constitution, where it was stated that marriage was the voluntary union of two people, which resulted in a break with the current formulation in the 1975 Family Code, where this institution is limited to the union between a man and a woman.

That process revealed the existence of an organized political force, centered on conservative evangelical churches and, in some cases, fundamentalist. For the first time, these organizations showed muscle in national politics, in similarity in content, but not in scope, with respect to similar movements in countries of the region.

Against this trend, there is also a group of organizations and activists, also diverse, who have put forward inclusive content and proposals for years, respecting minorities and broadening their rights, highlighting the different feminisms and the motley LGTBIQ+ movement.

The solution then found by the drafting committee of the Constitution was to eliminate Article 68, while drafting several articles on family law, which conditioned that controversial issue to be postponed until the moment of elaborating, debating and taking to a referendum the new Family Code. Rather, the political struggle for rights that that controversial formulation evidenced was postponed.

When the moment of popular consultation of the Code arrived, the debates returned, this time with those and other oppositions. At this time, messages are circulating, very similar to each other, aimed fundamentally at communities of faith from the broadest Christian spectrum, but not limited to them, in a declared position of “No” with respect to the Code. Even though some of these texts qualify their position by acknowledging the benefits of the proposal, they advocate “defending the traditional family.” In these notes they evoke the “civic right to express their opinions” and announce “prophetically the consequences of deviation” from the “original model.”

It is noteworthy that the conservatism evidenced in the debates — formal and informal — is not reduced to the world of faith, religious doctrines and “biblical mandates” on marriage, procreation and upbringing. There is also a marked social conservatism, more specifically the patriarchal tradition, especially in terms of upbringing, historically established family models and rights over children.

It is striking that the substitution of guardianship for the formulation of parental responsibility has aroused conflicting readings. This evidences the dispute between an upbringing based on authority, obedience, a certain permissibility with violence, as well as the preponderance of heterosexual nuclei, on the one hand; and responsible, respectful, dignified parenting, without violence, and with different family models, including a random order of surnames, on the other. This dispute shows the clearly visible faces of the patriarchy that is still alive and of a new gender relationship that still has not been born.

The matter, which although it is directly related to patriarchy deserves a separate mention within this counterpoint, is that concerning the rights, especially of minorities. The point is that the doctrines of all signs and social traditions have a point of contention when they violate the rights of those who do not recognize themselves in them. At the same time, and contrary to what is usually argued, this is a law that recognizes and protects diverse subjects and identities, without imposing them as a single model.

The issue of the law reaches a broader register when it comes to children and adolescents, as contemplated in the norm under discussion. In good law, they are protected from relationships of subordination, violence, limits to their personal development. They go, as an impulse of the regulation, from being the object, possession and domain of their parents, to being subjects of law, with progressive autonomy, according to their age and emotional maturity.

Contrary to this precept, the slogan “I will not allow any interference by anyone in the destinies of my family” is expanded as the nucleus that makes up the opposition to the proposed law, for which it is proposed that the articles of the current Code be maintained, which affirm guardianship, the right to physical punishment (Article 86), and where respect and obedience are unidirectional.

One thing to keep in mind is that, both from one side of the political spectrum and from the other, the popular consultation is legitimized as a public territory to resolve differences, to dispute meaning and position criteria, as well as the moment of the referendum as a stage of the same process. With more or less nuances, it advocates taking advantage of the possibilities offered by the Consultation method to affirm content or make counter proposals.

Although the presence of contending forces in this process is visible, it is no less true that it is noted, at least in a simple observation, a poor general motivation for participation in the spaces convened for the Consultation, as well as a certain formalism and rituality of the process, in addition to a lack of knowledge of the specific contributions of the regulation, beyond the general statement of its advanced nature.

Despite the fact that, with the exception of the Constitution, the debate on laws is not as daily as it should be in a socialist social structure, such as Cuba’s, it would be necessary to observe the scope that this debate will have, as the implication of the sovereign, in the definition of an important part of its coexistence, such as the family order, the values ​​and rights that sustain it.

This process will also be a sample button of the advances achieved within Cuban society, of conservative positions, on the one hand, and progressive perceptions on the other. The plural country that we are will settle its differences at the polls, a laudable step for the moral and political coexistence that we need as a society worthy deliberation.