According to the Ministry of Public Health, the virtual vaccination record card will be available as of next February 14, and it will be a service that will be tested in its initial stage. So far, the digitalization of the immunization process already covers around 80% of the population vaccinated with the complete scheme. 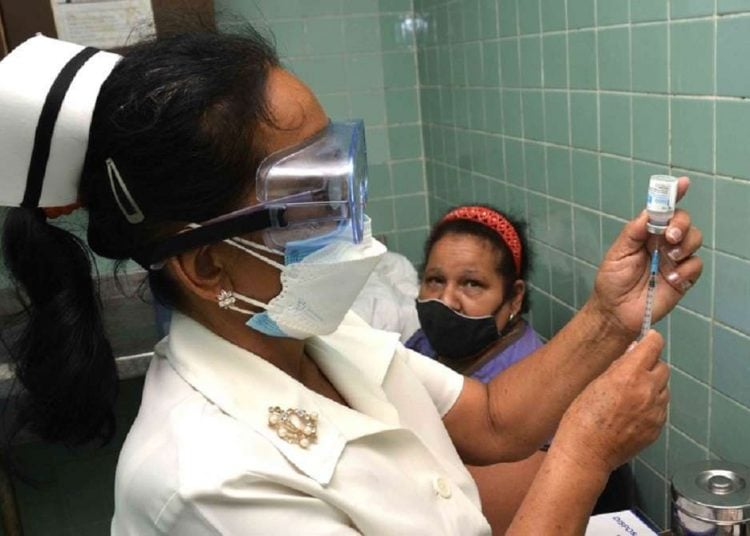 In the coming days, Cuba will have its own digital COVID-19 vaccination certificate, the Ministry of Public Health (MINSAP) announced this Thursday.

During the usual meeting of the government group to confront the pandemic, Minister of Public Health Dr. José Ángel Portal Miranda explained that the virtual vaccination record card will be available when it is launched, according to schedule, this February 14, a dispatch of the Agencia Cubana de Noticias (ACN) news agency reported.

The news was celebrated by Cuban President Miguel Díaz-Canel on his Twitter account, in which he described the event as an “important step in the transformation of that sector.”

The ACN specified that it will be a service that in its initial stage could be considered as a trial and those interested in this regard will be able to find all the information on the MINSAP website.

According to the source, the digitalization of the immunization process already covers around 80% of the population vaccinated with the complete scheme. It also said that users will be able to download the document to their cell phones and will also be able to print it.

Portal Miranda also reported that people who cannot access their document, because they are not yet ready due to some delays in various territories, should go to their polyclinics to request its digitization.

The most recent official statistics, reported by the ACN, indicate that in Cuba 9,849,252 people already have the complete COVID-19 vaccination scheme, a figure that is equivalent to 88% of the Cuban population.