The “reorganization,” implemented since January despite the pandemic, went through a monetary and exchange unification, an increase in prices, wages and the reduction of subsidies, and a consequent devaluation of the Cuban peso (CUP), which has triggered the inflation in the black market, rising due to the shortage of products. 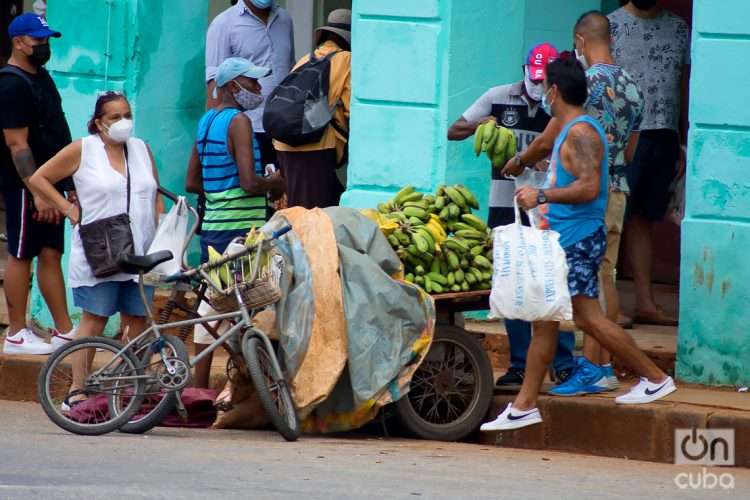 The Cuban government recognized that the economic reform known as Task of Reorganization has caused inflation of 60% in retail prices in shops and 6,900% in the informal market, an issue generating discomfort among the population.

The “reorganization,” implemented since January despite the pandemic, went through a monetary and exchange unification, an increase in prices, wages and the reduction of subsidies, and a consequent devaluation of the Cuban peso (CUP), which has triggered the inflation in the black market, rising due to the shortage of products.

Ten months later, “that 60% does not match what people are living. People are living prices that are seven, ten times higher,” admitted Cuban deputy Marino Murillo in the recent session of the National Assembly.

Murillo, in charge of implementing the economic measures announced a decade ago by former President Raúl Castro, now explained that this data is based on state prices, “but when the levels of the informal market are added, inflation would be much higher,” of 6,900 %.

An error of “design”

However, it never traded at that price in the informal market, where it already exceeds 70 CUP with respect to the foreign currency, driven by the shortage of products, the depressed national industry, the impact of the pandemic and the intensification of U.S. economic sanctions.

Added to this is the concentration of food and basic products in stores that sell exclusively in foreign currency, despite the fact that the majority of the population receives their salaries in Cuban pesos.

The value of the basket of goods and services designed in the “reorganization” was 1,528 pesos, but today it is around 3,250 just in Havana, according to the calculation presented to the deputies by Murillo, who attributed what happened to an error of “design.”

“The cost of the food basket has been rising month by month and it has not been able to be stopped,” acknowledged the official, who came to occupy high political positions as vice president of the Council of Ministers and member of the Council of State.

A matter of reality, according to expert

These data are contrasted by Cuban economist Pedro Monreal who explained on Twitter that “the relevant comparison is not with ‘design,’ but with reality.”

In the absence of positive results, the “reorganization” seems to move towards an anti-inflationary program based on the controversial capacity of centralized planning to create business efficiency, and on a welfare vision of poverty alleviation, he argued.

Monreal also criticized the increased cost of living in a country that is going through one of its worst economic crises in years and that lost 13% of its Gross Domestic Product (GDP) between 2020 and September 2021.

To say that income has been “polarized,” in Monreal’s opinion, is “a kind way of saying that the ‘reorganization’ has increased inequality.”