The measure was unveiled this Tuesday at a meeting on the coronavirus pandemic and on the government’s plan to deal with it. 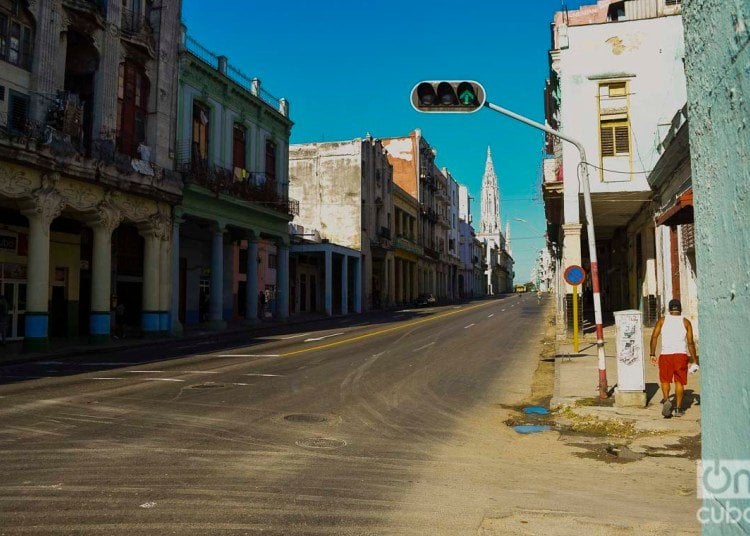 In a meeting this Tuesday to discuss the coronavirus pandemic and the plans to deal with it, the Cuban authorities announced that from now on the island would go to the stage of limited local transmission.

Minister of Public Health Dr. José Ángel Portal Miranda said that this phase is declared “when cases are confirmed in which links have not been established with travelers from affected areas and are limited to small conglomerates in localities or institutions in the country.”

President Miguel Díaz-Canel pointed out that many of the measures characteristic of this stage had already been advanced in the pre-epidemic. What is distinctive about this new phase, however, is that all places where there is local transmission are going to be quarantined.

The president reiterated “the will of our government to continue working, together with all our institutions, mass organizations and, of course, together with our people, to continue reducing the risk of massive transmission of this disease.”

“We want to ratify once again,” he said, “that our country has a powerful network of public media and social communication that these days has demonstrated its professionalism, passion and absolute dedication to the job of informing and the duty to alleviate the logical anxieties of our people at this moment.”

He emphasized that the government was “carrying out its responsibility to offer all available information through these means, with immediacy, transparency and without fear.” And he stressed: “Enough of believing in those who are constantly trying to question the veracity of what is happening. We are not hiding any case, every one of them has been reported transparently, at the time they occurred.”

In addition, he underlined the need for everyone say the truth in the screenings. “Life is telling us that when someone hides information about their health, we can regret the loss of a life and we can regret other lives that are put at risk.”

“Hiding useful information for health in current circumstances can be lethal, therefore, it is a responsibility that we all must assume,” he added.

For his part, Prime Minister Manuel Marrero Cruz referred to a new range of measures to facilitate social isolation, including suspending the sale of alcoholic beverages to be consumed in bars and gastronomic centers, but without prohibiting their sale to take out. Those centers will close the dining room service and will only prepare take-out food and avoid crowding.

He also said that urban passenger transportation would be reorganized and the number of people per bus would be limited in order to maintain social distancing. He added that an analysis would be made on work activities that are not essential. The idea is to maintain those with the greatest impact on the national economy and on people’s lives, such as food production. He added that more rigorous action will be taken in dealing with illegalities and behaviors that put people’s lives at risk.

At the meeting, the authorities of Matanzas and Ciego Ávila rendered account of their work by teleconference. Regarding the western region, in which 38 cases have been confirmed, Díaz-Canel asked about measures to put order in the lines and provide differential care for the elderly, “a main task,” he said, which is the responsibility of social workers.

In the case of Ciego de Ávila, where there are 48 confirmed patients, and specifically 12 in the municipality of Florencia, the president stressed the irresponsibility of a group of people who held a party when it was prohibited.

“Those are the things that are happening in real life,” he said, and it shows us to what extremes there is irresponsibility. Hence the need for discipline of “each one, we depend on all.”