The announcement came a day after Mexican President Manuel López Obrador said they were holding talks. 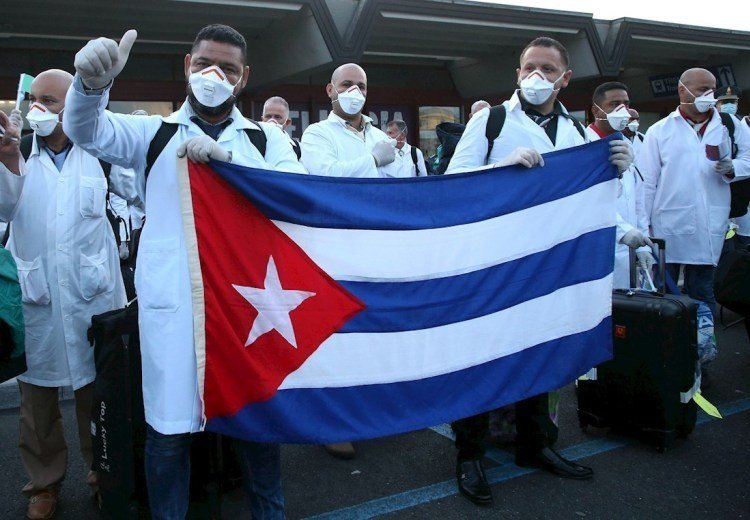 Cuban health personnel arriving in Italy to support the fight against the coronavirus. Photo: EFE.

Cuban Director of Epidemiology Dr. Francisco Durán said that “ten health collaborators” traveled to Mexico, but did not specify their destination or their specialties. The announcement came a day after Mexican President Manuel López Obrador said they were holding tals talks.

Over 600 doctors, nurses and laboratory technicians have left Cuba in the past two weeks to 15 countries, including Andorra, Italy, Venezuela and Nicaragua in the face of the coronavirus pandemic. Before, thousands more were already in some 60 countries with which Cuba signed agreements to provide poor sectors with heathcare.

Already in the midst of the coronavirus crisis in various parts of the world, in late March the United States tried to dissuade governments from requesting the support of doctors from Cuba. Washington maintains sanctions against Havana, pressing for a change in its political system.

Cuban doctors gained fame during the Ebola outbreak in Africa in 2014, and that prestige was a factor in the diplomatic rapprochement promoted by Barack Obama, now interrupted by the Trump administration.

The Pan American Health Organization reported this Tuesday that the “peak” of the disease could reach the region in a period of three to six weeks, so countries must strengthen their measures.

In Latin America and the Caribbean there are more than 33,300 infected and more than 1,200 people have died. In Cuba, health authorities reported this Tuesday that it had 396 coronavirus cases. Eleven people died―two the day before, including a 101-year-old woman. Among those infected is also a 55-day-old baby.

Mexico reported more than 2,400 cases and at least 125 deaths; while demands increased of border states where there are deported nationals and Central American migrants that go to the United States or have been returned from this country.