The installation fee for the access to internet service through asymmetric digital subscription line (ADSL) technology will be 2,500 Cuban pesos and the connection fee varies from 1,250 to 24,125 pesos per month, depending on the speed set in the contract. 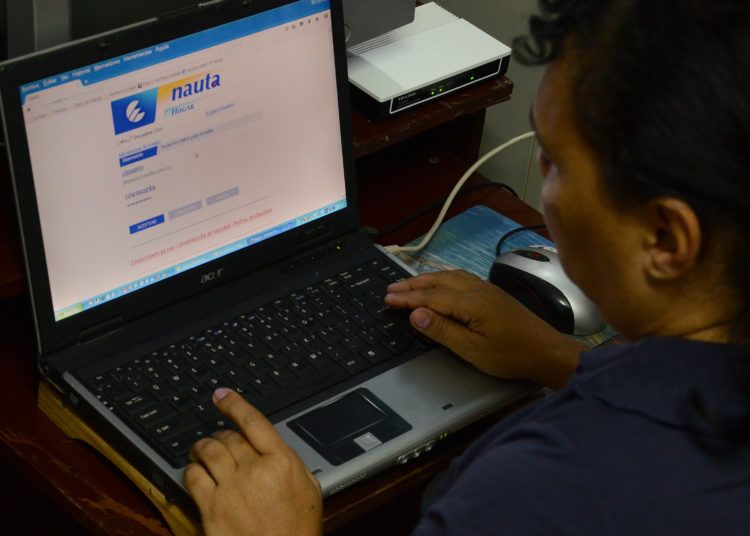 A man surfs the Internet in his home. Photo: Joaquín Hernández / Xinhua / Archive.

The Cuban Telecommunications Company (ETECSA) announced internet offers for self-employed workers with the “computer equipment programmers” license. One of the offers for private programmers will be through the Nauta Hogar home internet service and the other through an ADSL connection with a flat rate, the state entity reported.

The installation fee for the access to internet service through asymmetric digital subscription line (ADSL) technology will be 2,500 Cuban pesos (CUP)—the only currency in Cuba after the start of the monetary reorganization process, in which an official exchange rate of 24 CUP per US dollar was established— and the connection fee varies from 1,250 to 24,125 pesos per month, depending on the speed set in the contract.

According to ETECSA, this offer “includes the installation and contracted data service through the use of digital links that permanently interconnect their computer network to other networks, in accordance with the defined quality specifications.”

Likewise, users will be able to contract the connection speed they require for their business, with a flat monthly rate and the option of enabling international email, the institution’s website indicated.

The contracting of Nauta Hogar, a service that already has some 189,000 clients according to the telecommunications company, will depend on whether there are technical availabilities in the area where the business is located, the note clarified.

The Nauta Hogar payment can be made directly from the user portal or by any other means enabled by ETECSA for these functions.

The new services have the objective of “strengthening the Cuban industry of applications and computer services on the island,” according to the company, which has the telecommunications monopoly in Cuba.

Last month ETECSA reported that some 4.4 million Cubans used mobile internet services in 2020, while the number of cell phone users rose to 6.6 million. In addition, the company—which has been the subject of recurrent criticism by Cubans for the high prices of its services—claimed to have installed 816 radio bases for connection to third and fourth-generation mobile networks, which reached 85.61% coverage nationwide, according to figures cited by Cubadebate.