Havana had the highest number of cases, followed by Granma, Santiago de Cuba and Camagüey. On the contrary, Sancti Spíritus, Cienfuegos and Mayabeque had the lowest figures. 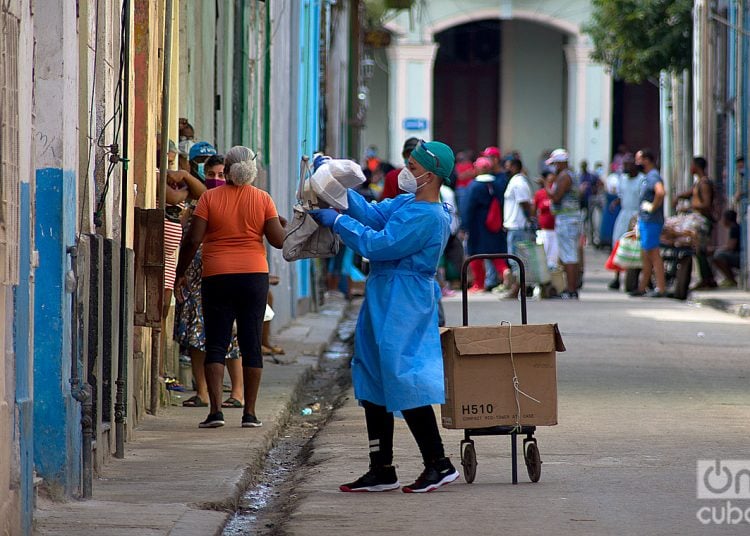 This Wednesday the infections from the SARS-CoV-2 virus amounted to 816 in Cuba, with three deaths, 3,334 hospitalizations with active cases and 827 discharges, according to today’s report by the Ministry of Public Health (MINSAP).

The majority are autochthonous transmissions (808), 782 were contacts of confirmed cases and eight individuals were infected abroad, involving Cuban travelers from Russia, the United States and Italy.

By incidence rate, Havana, Pinar del Río and Granma continue to lead, and twelve municipalities on the island concentrate 43.4% of the transmission in the last two weeks: eleven from Havana and one from Mayabeque.

This week, Melena del Sur was displaced as the site of highest incidence. Today Regla and Old Havana show the highest rates.

With the three deaths reported on the day, the pandemic has left 408 casualties. There were 84 deaths just in March.

The victims, two men and one woman, were from Havana and Santiago de Cuba and their ages ranged between 60 and 79 years.

After processing 19,812 samples, 49.1% of those diagnosed were asymptomatic.

By age group, and according to the explanation of Dr. Francisco Durán, again those under 20 years of age make up a number in the face of which the population must continue to take precautions, 121 on the day. From 20 to 39 years, there were 238 cases, while from 40 to 59 years, they were 324. Also, 133 were patients over 60 years of age.

ICUs reported 64 patients, 23 in critical condition and 41 in serious condition.