The 10 deaths as a result of COVID-19 correspond to eight men and two women residing in municipalities of Havana, Mayabeque and Ciego de Ávila. With them, the death toll now stands at 943 and the fatality rate is 0.67%. 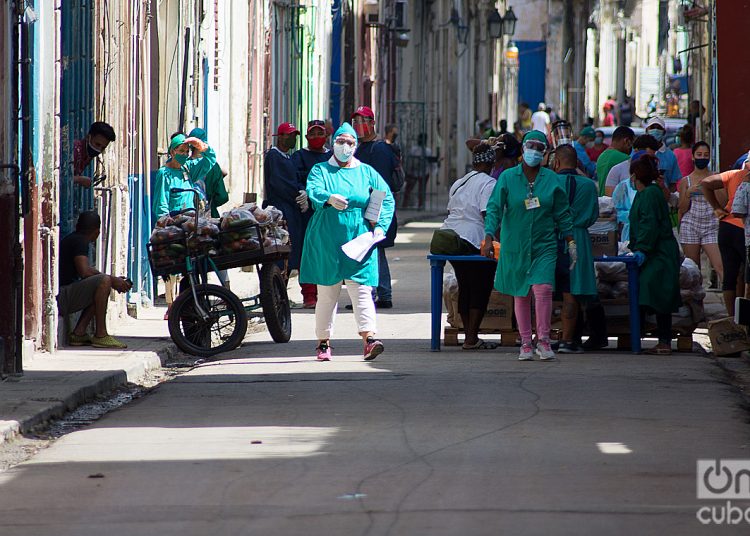 In Cuba already has 140,087 infections caused by the SARS-CoV-2 virus in almost 15 months and after the 1,118 cases diagnosed this Friday, when the country’s ICUs registered their highest figures: 151, as reported by the Ministry of Public Health (MINSAP) in its daily report.

The situation is still very delicate there, and of that number of patients in intensive care, 52 were reported in critical condition and 99 in serious condition. Among them, five are of pediatric ages, as Dr. Francisco Durán underlined in his daily presentation of the report.

The previous highest figure in ICUs had been reported on May 13. In addition, until midnight on May 28, 27,210 people were under some type of hospitalization due to the coronavirus pandemic, which this month has produced 1,159 infections every 24 hours.

The MINSAP reported 10 deaths as a result of COVID-19. They correspond to eight men and two women, aged between 53 and 99 years old and residing in municipalities of Havana, Mayabeque and Ciego de Ávila. With them, the death toll now stands at 943 and the fatality rate is 0.67%.

Most of the infections are due to autochthonous transmission (1,164), 1,110 were contacts of confirmed cases, and the number of imported cases decreased to 24; with the exception of one Russian, all were Cuban travelers from Russia (17), Spain (four) and Panama (three).

Three other foreigners tested positive for the virus, after 23,299 PCR samples were processed, although these were due to autochthonous transmission.

Havana identified the highest number of cases (540), thus its incidence rate in the last fifteen days is the highest in the country: 417.2 per 100,000 inhabitants.

The capital has 63 of the active events in the country and nine of the 12 municipalities that concentrate 36% of the transmission in this period are from the capital. The remainder belong to Mayabeque (2) and to Pinar del Río (1): Sandino, with a very high rate of 855 per 100,000 inhabitants.

During the day, the MINSAP reported 1,449 discharges, with which 132,916 people have already recovered from the disease, although some suffer its aftereffects.

Of the diagnosed, 49.3% were asymptomatic at the time of diagnosis.