The Ministry of Construction general director of housing acknowledged that the bulk of the new dwellings were built through the effort of their owners: 25,839 units out of the planned 13,632. 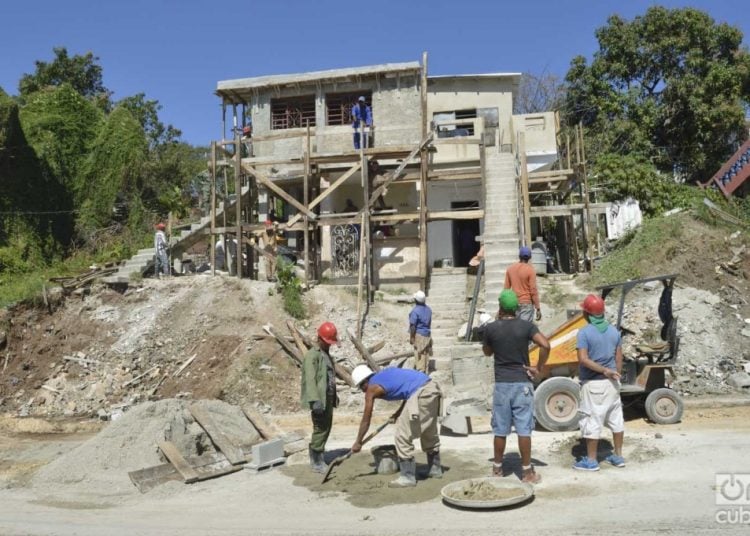 The Ministry of Construction (MICONS) general director of housing, Vivian Rodríguez, reported this weekend that 47,297 homes were built in Cuba in 2020, which represents 115% of the plan for the year.

According to the official, the state housing construction program was fulfilled by 92%, with 13,865 homes completed, while subsidized buildings only reached 61% of the plan, with 7,593 “basic housing units,” the newspaper Granma reported.

During an analysis of the National Housing Program, chaired by Cuban President Miguel Díaz-Canel, Rodríguez acknowledged that the bulk of the new homes were built through the efforts of their owners: 25,839 units out of the planned 13,632.

Deputy Prime Minister Ramiro Valdés pointed to the accumulated breaches in the subsidy program, aimed at favoring vulnerable families, according to the source.

“These are the neediest people; we owe them, but this is not being given due attention. The Party and the government in the territories have to take care of this priority,” he emphasized.

This program accumulates a backlog of 12,201 unfinished basic housing units, with financing granted from 2012 to date, according to official figures.

The MICONS director of housing announced a “minimum plan” of 44,652 homes in the year “to be completed through different means.”

She explained that the state plan provides for the construction of 15,872 homes, while another 12,201 have approved subsidies and financing in the bank accounts of the beneficiaries.

Since the approval of the National Housing Policy in December 2018, the island’s housing fund has grown by 121,886 homes, according to the source.

According to official figures, the housing deficit decreased in 2020, and now stands at 862,879 units.