Of the 127 activities that were allowed for self-employment, there are more than 2,000 collected in the National Classifier of Economic Activities of Cuba. 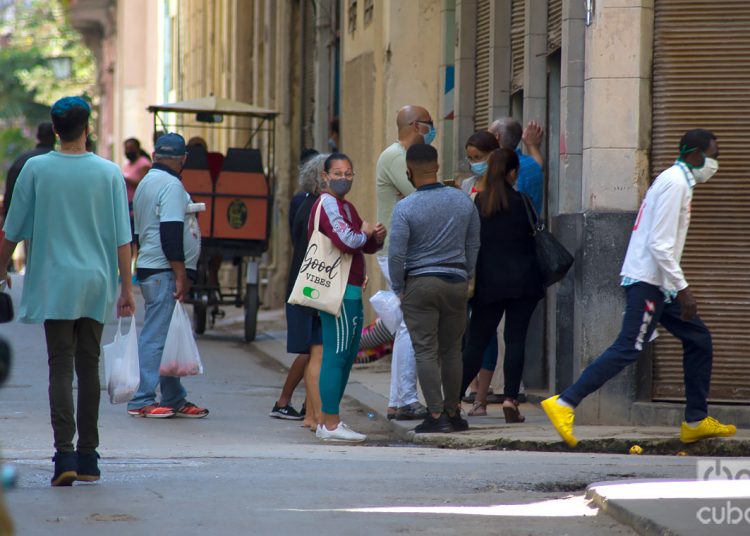 Although it seemed that the list of activities not allowed as a modality of self-employment in Cuba looked faraway like the horizon, today we can practically reach it with our fingertips. In short, when the regulations in this regard are published, it will be known how much the Cuban business fabric can be diversified and effectively enriched under current conditions.

The history of self-employment has been with us since the late 1970s, when the first resolution that allowed such activity was issued as part of the “rectification of errors” announced in the Programmatic Platform of the Communist Party of Cuba (PCC). This document was the foundation that anticipated the first of all the PCC congresses.

This story has been told over and over again for decades, especially since the 1990s, from multiple perspectives,1 with greater or lesser depth, from quite different and sometimes irreconcilable political and ideological positions: from the almost absolute naivety of understanding the event as “the solution” to the country’s problems to the one that has identified it as part of the problems and dangers, and even as the confirmation of the distancing of official policy from the essential foundations of the Revolution.

The U.S. administrations, especially since Clinton, have had self-employment as the resource to subvert and undermine Cuban socialism from within and overthrow the “Castro dictatorship.”

Because it is an economic issue, it has always been a sensitive political issue as well. Hence the complexity of its treatment and the ups and downs that have defined its most recent history.

Inserting it into the Cuban economic, social and political model, as well as demonstrating its need and legitimacy, has been the task of Political Economy and other areas of Social and Political Sciences on multiple occasions. An attempt has also been made to explain its incompatibility and its antagonistic character with the purposes of Cuban socialism in the same number of articles and speeches.

In 2013 Raúl Castro publicly defended the need to change the “political vision” that existed regarding self-employment and called for the elimination of prejudices towards this modality.

Self-employment was, like Foreign Direct Investment (FDI), accepted in the 1990s as a “necessary evil” and recently recognized as an indispensable part of Cuba’s growth and development needs. Expanding it now in the announced magnitude definitely confirms that, if you want to move towards the future, self-employment must be considered as an essential part of the strategy, as an actor, agent and form of ownership that is more than a “traveling companion” and that will be with us for many years. One would then have to ask if, like FDI, self-employment is “strategic” in our aspirations for economic development.

It is also true that in the last three years, encouraged—at least in part—by what appears in the official documents that guide the economic reform in Cuba, and in a good part by what the reality of our economy itself confirmed, papers were published with concrete proposals on how to incorporate the sector into the development strategy. Some of these works were pointed out by economist Pedro Monreal in a recent comment on the flexibility of self-employment.

Well, we will have a negative list. Undoubtedly it is still early to make an analysis of its scope and depth in all its magnitude since it has not yet been published, but from what is reported by the press some ideas can be anticipated:

– The measure confirms the government’s will to move forward in the process of transformation of our economy.

– It recognizes that the private sector must play a positive role, which goes beyond the merely temporary situation associated with the need to face the current crisis.

– It corroborates and reaffirms its structural character, not only in terms of employment, but also in terms of its contribution to growth and the efficiency of the national economy as a whole.

– It recognizes that the existing definitions of specific and homogeneous limits have constituted and still constitute obstacles to the development of the productive forces.

– It underlines its timely and positive character for a better development of the Reorganization Task.

– It highlights the decisive role of municipal authorities in the dynamics and consolidation of this task.

Deepening the reform involves expanding, making the Cuban business fabric more diverse and complex. For this purpose, the most immediate thing is to expand, as far as the current model admits, that private sector that for more than thirty years has been tied to ideo-political prejudices, procedures and bureaucratic restrictions.

If by then Cuban statistics already allow it, in a year we will be able to know what is the real and true contribution of self-employment to Cuban growth.

It will certainly be a very difficult period for the new self-employed, mainly due to the current situation in the national and international economy, but in 2020 this sector showed a significant capacity for adaptation and innovation. In fact, there are many new businesses that have emerged in the middle of the COVID-19 pandemic.

Its weight in employment is not negligible either. Although it is true that in relation to total employment, these 617,000 self-employed workers represent only 13%, if we compare it with the workers employed in the business sector (1,600,300 in 2018), then their proportion reaches 38% of the employment that produces marketable goods and services in Cuba. In other words, during all these years and even when only 127 forms of private work were allowed, the self-employed came to constitute close to 40% of the employment that produces goods and services, a figure that is not at all marginal or insignificant.

Another thing, however, will be the issues associated with the quality of the new businesses, their technological complexity and capacity to add value and create networks and chains, which will fundamentally depend on the institutional environment already existing in Cuba—which has undoubtedly created new spaces for action—, as well as that which must be created if the sector is to be taken advantage of in all its wealth and potential.

Undoubtedly, a good part of the dynamics of self-employment will fall on the municipal governments, in the understanding that the “public servants” have the benefits that this modality has for their territories: more employment, improved family income, greater supply of goods and services on a local scale, more tax revenue, greater possibilities of generating alliances that benefit the territories, etc. The prosperity of their territories and the sustainability of that prosperity will depend in part on their ability and intelligence to “facilitate” the processes of creating new self-employment jobs.

In this panorama, however, the prohibition of the exercise of a group of professions remains, which is fundamentally due to their qualification. This is a tremendously sensitive issue for Cuba and for its economic model. Promoting a better use of human capital is one of the axes defined in the country’s development strategy.

Undoubtedly, opening self-employment to these professions would suppose the real danger that state sectors and enterprises lose even more highly qualified workforce. However, it is also true that we have already experienced these processes of decapitalization of industries and services, especially since the 1990s.

Cuba also faces another even greater problem: that of the emigration of highly qualified workforce to other countries, in search of better remuneration. It would be worthwhile to weigh what is more expensive for the country: to facilitate that these people can also exercise their professions privately with certain regulations or to continue withstanding that emigration that makes us lose three times, first because we lose a professional of high qualification, second, because we lose the resources used in their training and, third, because the added value that this emigrated professional generates is taken advantage of by another country without having contributed anything to that training. This will be a difficult balance to find, but not impossible.

As stated by colleague Juan Valdés Paz in the prologue to the edition of “Miradas a la Economía Cubana. Análisis del sector no estatal”:

“In any case, the new ‘socialist economic model’ should start from the fact that the economy is moving towards a mixed economy, based on a public sector, one of mixed capital and the other private, basically SMEs, with a predominance of self-management. To this new structure of ownership and tenure of the means of production, as well as diversification of economic agents, the development strategy, planning, market and institutional order of the country must be adapted.”

1 In 2015 the Center for the Study of the Cuban Economy (CEEC) published a new number of its collection “Miradas a la Economía Cubana. Análisis del sector no estatal” with twelve chapters dedicated to non-state sector, with works on the sector from its place in the development model to those issues associated with gender approaches. But even long before, in the first years of the 1990s, the CEEC had published works on the issue.