Ricardo Cabrisas said the U.S. blockade and the pandemic have caused “some delays in this year 2020 to meet our obligations.” 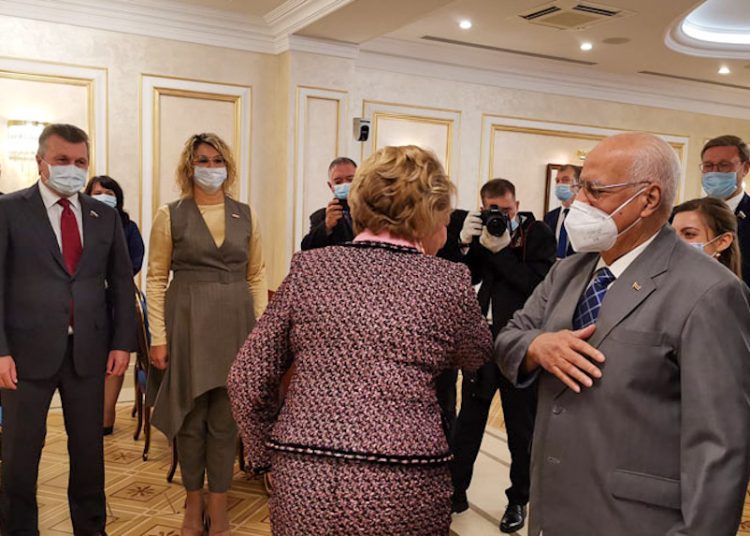 Cuba is having difficulties meeting its obligations with Russia due to the U.S. economic embargo and the coronavirus pandemic, Cuban Deputy Prime Minister Ricardo Cabrisas admitted yesterday during a meeting with the speaker of the Russian Senate, Valentina Matviyenko.

“These are two factors that are affecting our economy and having an impact on our bilateral economic relations, because as a result we have had some delays in this year 2020 to meet our obligations,” said Cabrisas, as reported to EFE by the Russian Senate press department.

Due to this situation “and in accordance with existing regulations and mechanisms,” said the senior Cuban official, “all our exchange, our trade, is practically paralyzed.”

Cabrisas, who arrived in Russia to participate in the meeting between co-chairs of the intergovernmental commission with his Russian counterpart, Yuri Borisov, warned that “the worst thing is that it is difficult to predict when we will be able to overcome the impact of the pandemic not only in Cuba, but also in general.”

However, he affirmed that Havana is confident it will meet its commitments in the future and affirmed that “we are convinced that we will succeed.”

Despite these difficulties, both parties noted the good level of relations between the two countries.

“We value the strategic nature of Russian-Cuban intergovernmental cooperation. Intensive and substantial political dialogue is maintained at all levels,” said the speaker of the upper house of the Russian legislature.

According to Matviyenko, the present meeting between co-chairs of the Russia-Cuba intergovernmental commission will mark the continuity of the agreements established during the Cuban National Assembly delegation’s visit to Russia in November 2019.

In addition, according to the Russian Senate, the parties discussed issues of bilateral cooperation such as the expansion of joint productions of pharmaceutical products, the strengthening of cooperation of public health systems in the conditions of the pandemic and the development of cultural relations between both countries.

The commercial exchange between Cuba and Russia exceeded 500 million dollars in 2019, the Cuban ambassador in Moscow, Gerardo Peñalver Portal, said to Sputnik.