The process involves those who did not submit their business projects to the paperwork offices, whose established re-registration deadline expired on September 20. 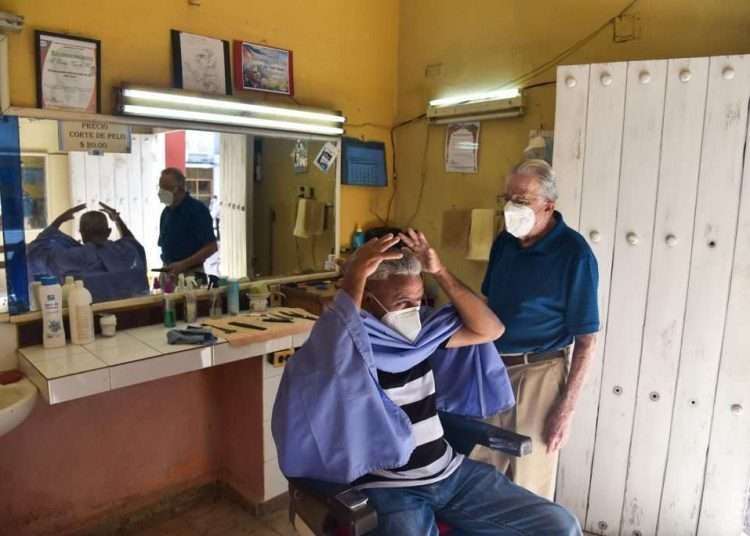 A barbershop in Cuba. Photo: Kaloian.

The Cuban Ministry of Labor and Social Security (MTSS) and the National Tax Administration Office (ONAT) agreed this Thursday on a new procedure for self-employed workers who did not present their business projects in the corresponding paperwork offices, a re-registration process established by Decree Law No. 44 of 2021 according to ONAT.

The most important decision was adopted by the MTSS and allows those who have up to three contracted workers and have kept paying taxes to continue carrying out their activities, according to the report by the Agencia Cubana de Noticias (ACN) news agency.

Said measure is based on the recognition that these self-employed workers continue to carry out the same activity, therefore, what is established in the First Transitory Provision of the aforementioned Decree Law 44 will not apply to them, where it is stipulated that the re-registration would take place until September 20, 2022. Once this period has expired, the authorization to carry out the activity is cancelled.

The current regulation establishes that to be a self-employed worker you cannot hire more than three workers. When this requirement is not met, the heads or owners of the business must adjust their employees to that figure or reconvert their business into a micro, small or medium-sized enterprise (MSME) or non-agricultural cooperative (CNA). Otherwise, the exercise of self-employment ceases, the information pointed out.

The ONAT will cancel the self-employed worker who has more than three contracts, those associated with the State Traffic Unit (UET, carriers) who did not appear to renew their Transport Operating License and those who did not make any tax payments.

It will also automatically update the registration status of contracted artists and temporary agricultural workers who have no other self-employment activity, self-employed workers without contracts who carry out one or several economic activities, and those who have up to three contractors and they also carry out more than one business, the publication pointed out.

The ONAT clarifies that the update or modification will basically consist of the substitution of the three-digit format to be used to identify self-employment activities, by the letter format assigned by the MTSS or the UET, according to the Classifier of Economic Activities.

Updated taxpayers will be assigned the General Taxation Regime and those who had been approved for the Simplified Regime will maintain that variant, the ACN noted.

The self-employed are part of the business ecosystem that the Cuban government has promoted and coexist with other economic actors, such as the socialist state enterprise, the CNAs and the MSMEs, whose approvals to operate began to be granted in September 2021.

According to the most up-to-date data from the Ministry of Economy and Planning (MEP), new authorized ventures in the country already exceed 5,500, and more than half of them come from pre-existing businesses, such as those that held self-employment licenses to operate.

With this and other measures, the executive headed by Miguel Díaz-Canel intends to revitalize the country’s battered economy, in a long and deep crisis, which in recent times has been aggravated by the impact of the COVID-19 pandemic, the sanctions imposed by the U.S. administration and the scant effect of the measures adopted by the government to overcome such a situation.