Which are the links that Cuban Americans have with family on the island? Here we present what we learn from these questions. 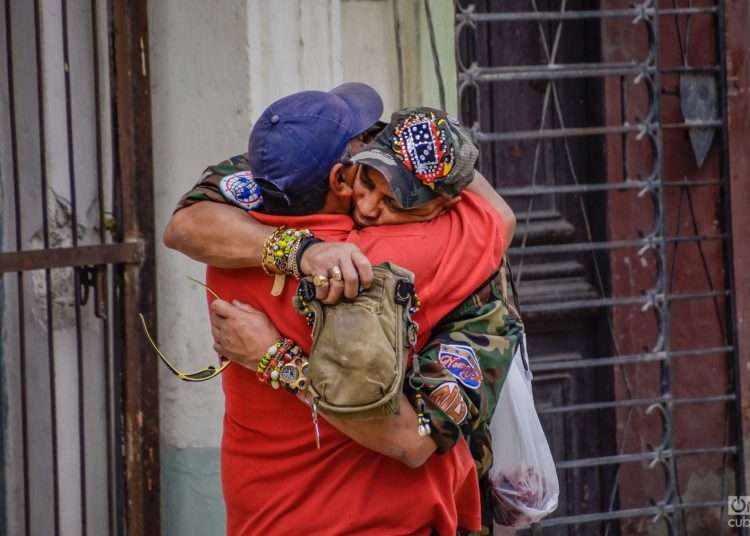 The Politics of Family Separation/Reunification

The “mangos bajos” of U.S. Cuba policy has always been the theme of family reunification. Cubans, most Cubans, have strong family alliances that survive the anguish of migration. The 2022 FIU Cuba Poll measures the extent and nature of some of these ties when we ask questions about the links that Cuban Americans have with family on the island. Here we present what we learn from these questions.

While the Biden administration has done little to differentiate itself from the Trump administration when it comes to Cuba policy, the little it has done effects the ability of Cuban families to reunite or assist each other across the Florida Straits. In May 2022, the United States announced the resumption of the Cuban Family Reunification Parole (CFRP) program which was established in 2007 and suspended during the Trump years, as well as the resumption of visa granting services “on a limited basis” at the U.S. Embassy in Havana.  In the same May announcement, Biden lifted some of the restrictions on travel and remittances imposed by Trump. On September 21, 2022, the website of the U.S. embassy in Cuba announced that “beginning in early 2023, the U.S. Embassy in Havana will resume full immigrant visa processing for the first time since 2017.”  These limited initiatives, all of which had been fully operational before the Trump era, took place after an extensive and lengthy internal review. For the Biden administration, Cuba policy is evidently the equivalent of rocket science.

A large majority of Cuban Americans in South Florida have relatives or significant others living in Cuba.

Migration waves from Cuba to the United States are either large or small but migration from the island has not stopped since 1959.  New arrivals provide the top layer of what is a veritable archeological migratory landscape. Even as the foundation layer of Cubans in Miami fades away, but new arrivals continue to build the Cuban American community.

The South Florida community has the characteristics of a true transnational diaspora. Many families on the island have experienced the migration of one or more of their members. Approximately 67% of Cubans living in South Florida have relatives living in Cuba. (Figure1) Unsurprisingly, a higher percentage of those who migrated since 1995 have relatives left behind.

Strong support for the provision of visa services at the U.S. Embassy in Havana as well as for the Cuban Family Reunification Parole Program.

Similar support is expressed for the Cuban Family Reunification Parole (CFRP) program as ninety-two percent of respondents support the program (Figure 3). As a journalist colleague mentioned when she saw these figures, “Why did they take so long in moving in this direction with so much support? Didn’t they know?”

For the second consecutive poll, the Cuban American community in South Florida is split on its supports for initiating a policy allowing unrestricted travel by all Americans to the island. Forty-seven percent of respondents expressed support for allowing all Americans to travel to the island, a figure unchanged from the 2020 poll.  The younger populations, those born outside of Cuba, registered Democrats, non-citizens and the post-2015 arrivals are the most eager to support opening up travel to all U.S. citizens and residents (Figure 4).

The lack of support for opening up travel to others does not prevent Cuban Americans from exercising the accessibility to the island. Over half of the respondents report traveling to the island at some point. Forty six percent report never having traveled at all. Recent migrants are the most frequent travelers. Nearly 30% of Cuban Americans born outside of the island have made the journey to their parents’ homeland (Figure 5).

Strong support for allowing U.S. airlines to all regions of the island, not only Havana.

Perhaps because they value their ability to travel to the island when they see fit, Cuban Americans want the U.S. airlines to have the freedom to establish routes to all parts of the island, not only Havana. The Biden administration’s lifting of itinerary restrictions on U.S. airlines establishing routes to Cuba fits into the community’s desire to travel to visit friends and family on the island. Approximately 71% of the community agree with the changes and a majority of all cohorts endorse expanding airline services beyond the capital (Figure 6).

Despite the inconveniences posed by the Trump administration’s restriction on remittances which forced the highly efficient Western Union operations to leave the island, Cubans in South Florida continue to send remittances to friends and relatives. Close to half of all Cuban-American families send remittances to relatives in Cuba (47%). The most recent arrivals are the most likely to send remittances while the older population group and the pre-1995 migrants are the least likely to do so. It’s worth mentioning that the most recent arrivals have fewer resources to contribute to relatives on the island but, nevertheless, a majority manages to share these resources with those left behind. The old saying comes to mind: “Cubans share what they have, not what is left over.” (Figure 7).

And the amount of the remittances should not be limited, according to a majority of the community members. Not surprisingly, most recent arrivals and the non-Cuba born generations are the most supportive of not limiting the amount of remittances (Figure 8).

The recent shifts in Biden’s Cuba policy address many of the desires of the Cuban American community to assist and reunite with family living on the island. In the next article in our series, we will look at how Cuban Americans view domestic policies that have an impact on their daily lives.