The nonagenarian general maintains his political influence after the generational change in the 8th Congress of the PCC, a fact that the current President Díaz-Canel reiterated this Thursday in an article in the official newspaper Granma.

EFE
in Cuba, Politics in Cuba
0 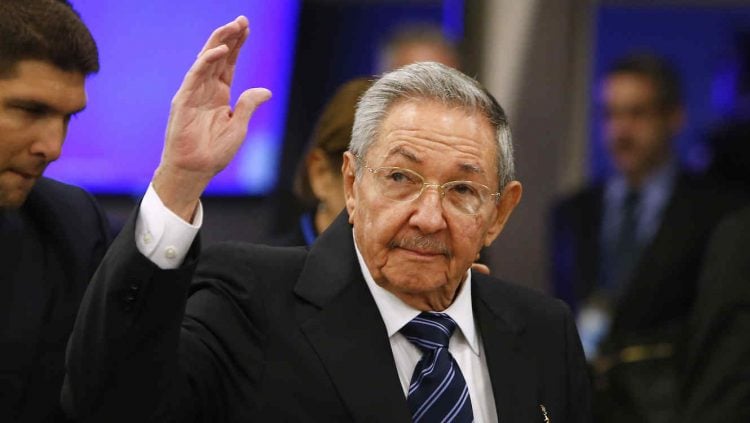 Archive photo of Raúl Castro arriving at a session of the UN General Assembly, in New York, U.S., in his last years as president of Cuba. Photo: Jason DeCrow/AP/Archive.

Former Cuban President Raúl Castro turned 90 this Thursday, a few weeks after retiring from political life, although he still has a voice and a vote in the “strategic decisions of the country,” on which he will continue to be consulted, according to the current President Miguel Diaz-Canel.

The youngest of the Castros, who came to power on an interim basis in 2006 due to the illness of his brother Fidel and officially in 2008, transferred the post of the first secretary of the Communist Party of Cuba (PCC) to Díaz-Canel last April. during the 8th Congress of the political organization.

It was a succession that Raúl himself had already announced in 2018, when he left the presidency in the hands of the current president, to guarantee the continuity of the single-party socialist system and centralized economy.

The last public appearance of the former president was precisely at the conclave of Cuban communists, where he was seen in apparent good physical condition, compared to the constant speculation about his health that regularly circulates on social networks.

The as of now nonagenarian general maintains his political influence after the generational change in the 8th Congress of the PCC, a fact that the current President Díaz-Canel reiterated this Thursday in an article in the official newspaper Granma, in which he praises the trajectory of his mentor.

The publication, the official organ of the PCC, also dedicated a special supplement to the 90 years of the former president, an initiative replicated in other state media outlets.

Meanwhile, on Twitter, leaders of the island such as Díaz-Canel himself or Prime Minister Manuel Marrero congratulated Raúl Castro, whom they describe as a “benchmark for Cuban communists,” while highlighting the “colossal” work undertaken by him in recent years.

In addition, the Army General — a military rank that only he holds in Cuba — also received congratulations from leaders of allied countries such as Russian President Vladimir Putin or Venezuelan President Nicolás Maduro.

Domestic reforms and thaw with the U.S.

During his ten years as head of state, Raúl decreased public appearances and speeches compared to his brother and his predecessor, Fidel Castro, notable for his hours-long speeches.

In addition, he implemented a series of economic reforms to “update” the island’s economic and social model, which his successor has continued, but that a decade after being implemented are still insufficient, according to economists and analysts of the Cuban reality.

The 2011 “raulista” package of measures expanded the possibilities of private enterprise — named by the State as the “non-state sector” and “self-employment” —, promoted new regulations to attract foreign investment and eliminated prohibitions and permits such those needed by Cubans to travel abroad.

On the foreign sphere, he expanded ties with allies such as Venezuela, Russia, Iran, strengthened ties with China, Vietnam, and North Korea, and sought to reintegrate Cuba into the Latin American scene as its natural space.

In 2015, he led, together with then U.S. President Barack Obama the process towards the normalization of relations with the United States, with which Cuba had not maintained diplomatic ties for decades.

The “thaw” was sealed with the reopening of embassies in both capitals, Obama’s visit to Cuba in 2016 — the first by a U.S. president since 1928 — and measures to promote academic, cultural and other exchanges, and Americans’ travel to the island.

However, the Republican administration of Donald Trump that succeeded Obama reversed the advances made, froze relations, and tightened economic sanctions. This, together with internal problems and inefficiencies and the coronavirus pandemic, has aggravated the economic crisis and the shortage of basic needs in Cuba, problems that the Díaz-Canel government must now deal with.