The MINSAP reported that after processing 23,963 PCR samples, 1,135 were positive for the virus. Of these, 1,105 are due to autochthonous transmission and imported cases decreased to 30. 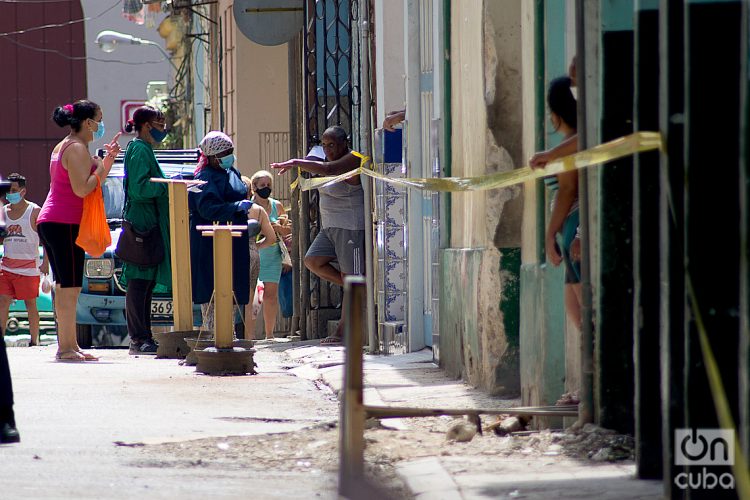 The deaths from COVID-19 exceeded the figure of 1,000 this Saturday in Cuba. The Ministry of Public Health (MINSAP) reported 11 deaths in Friday’s report and with it the death toll since the pandemic began rises to 1,003.

So far this June there have been 38 deaths and the fatality is now 0.68% on the island, where the direst period due to the SARS-CoV-2 virus was May when 311 deaths were reported.

For Dr. Francisco Durán, the high figures reported since January 2021 have to do, above all, with the complexity and severity of the clinical picture to which the new variants of the virus are leading. This is what he said during his presentation of the report issued by the MINSAP which is broadcast by Cuban radio and television.

The deaths reported in the last 24 hours correspond to six men and five women aged between 56 and 95 years and residing in municipalities in Havana, Camagüey, Artemisa, Mayabeque, Ciego de Ávila and Santiago de Cuba.

In addition, the MINSAP reported that after processing 23,963 PCR samples, 1,135 were positive for the virus. Of these, 1,105 are due to autochthonous transmission and imported cases fell to 30, with the incidence mainly of Cuban travelers from Russia (26), Spain (two), Colombia (one) and Angola (one).

11 foreigners are among those infected. Five contracted the virus abroad (Russia and Argentina), while the rest correspond to autochthonous transmission.

Havana continues to report the highest number of daily cases, 440 this time. It also has the highest incidence rate in the last 15 days: 356.2 per 100,000 inhabitants.

Eight of the 12 municipalities that concentrate 31.4% of the transmission are from the capital. The rest: three from Mayabeque and one from Pinar del Río. Quivicán remains at the top of this list, with a rate of 847.8 per 100,000 inhabitants.

At the time of their diagnosis, 41% were asymptomatic.

There were 959 discharges, with which 140,804 patients have already recovered.

Meanwhile, although there was a decrease in the ICUs, there were still 148 patients, 47 in critical condition and 101 in serious condition.

As of midnight, 26,225 people were under some type of hospitalization due to the pandemic, and there were 5,963 confirmed active cases.