This is a legislation that so far has not existed on the island and that has been insistently demanded by animal defense groups that actively denounce acts of abuse and neglect, especially in the case of stray dogs that roam the streets. 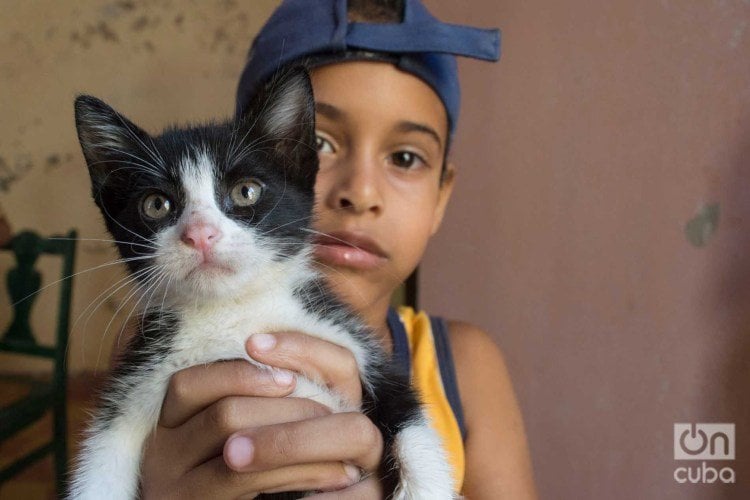 Cuba is preparing a draft law for animal protection that proposes the criminalization of mistreatment, establishing a control and identification record for pets and regulating their commercialization, its promoters said this Monday.

This is a legislation that so far has not existed on the island and that has been insistently demanded by animal defense groups that actively denounce acts of abuse and neglect, especially in the case of stray dogs that roam the streets.

The president of the National Animal Welfare Committee of the Veterinary Scientific Council of Cuba, María Gloria Vidal, explained that the draft Animal Welfare Law is being reviewed by the legal department of the Ministry of Agriculture (MINAG), as reported by the state media.

Vidal said that the legislative text includes rights and duties of citizens towards animals and provides penalties for those who fail to comply with the regulations, from high fines to prison sentences.

Details of the draft

The veterinarian said that a group of specialists from various branches prepared the normative document currently in consultation, based on the standards and principles of the World Organization for Animal Health, adapted to Cuba’s reality.

According to the specialist, the proposal includes domestic, aquatic, work animals, for education, sports activities and those used in biomedical research, and establishes the way people should act towards animals, based on technical and scientific criteria.

In addition, it organizes the principles of animal welfare, such as the right to care, care and protection, that they not be subjected to ill-treatment or cruel acts, and if euthanasia is necessary, it considers that it should be applied in an “instant and painless way and without generating anguish.”

On the withdrawal and elimination of stray dogs by the authorities, one of the measures most criticized by the activists who defend rescue and adoption instead of euthanasia, the specialist advanced that the Ministry of Public Health is working on the review of the entire collection and control process.

“The intention is to restore the kennels to provide a better service and to contribute to the welfare of animals, for which the aim is to have one per province, at least initially,” the Agencia Cubana de Noticias news agency cited Vidal as saying.

Vidal said that the law in the process of consultation proposes establishing a control and identification record of pets―by collars, tattoos or microchips―that makes it possible to reduce the loss or abandonment of animals.

It also includes the explicit prohibition of fights or confrontations among all existing species, and regulates the commercialization of live animals, making it obligatory to have a license for this.

The legal text states that “every animal that man has chosen as a companion has the right that the duration of its life be according to its natural longevity, and abandonment is considered a cruel and degrading act.”

For some time, Cuban animal lovers have joined in their demands and last April they staged an unprecedented march along downtown Havana avenues to demand the end of animal abuse and the approval of a law on the subject, a demonstration that was allowed by the island’s authorities.

Coinciding with the celebration of Dog Day hundreds of activists walked about 3 kilometers carrying signs and raised their voices to say “Law yes, abuse no” and “Stop animal abuse. They also feel.”

Last November, animal advocates denounced a massive collection of stray dogs to be put to sleep in the Cuban capital by the state health program Zoonosis, a health control department of the Ministry of Public Health.

The operation coincided with the visit of the king and queen of Spain to Havana and with the celebrations for the 500 years of the capital.

Independent civil society groups such as Cubans in Defense of Animals (CEDA) and Protection of City Animals (PAC) protested through social networks and some of them protested against that operation in front of Zoonosis units.

The movements that work to raise awareness on the rights of all animals organize adoptions, vaccination campaigns and free sterilizations, in addition to reporting cases of abuse.