Addressing parliament’s Committee on Economic Affairs, Cuban Minister of Economy Alejandro Gil blamed the slowdown of the Cuban economy on the “worsening of the U.S. blockade and other external adverse factors.” 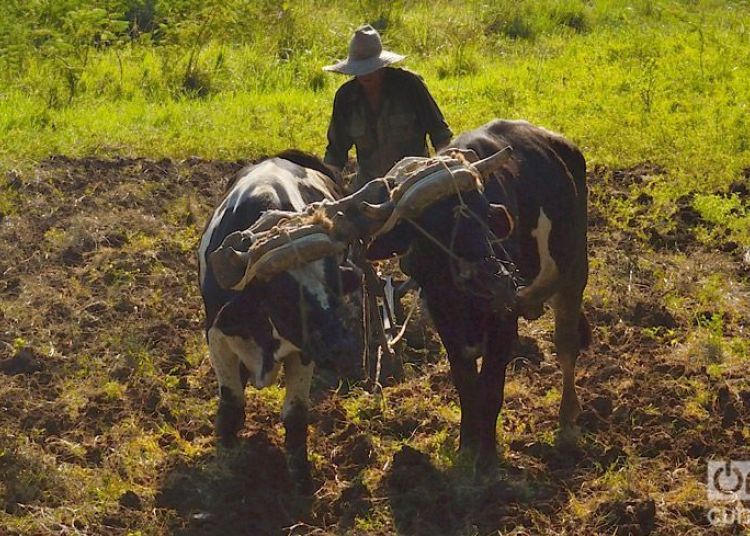 In this archive image, a farmer uses oxen to plow the land in Cuba. Photo: Otmaro Rodríguez.

The Economic Commission for Latin America and the Caribbean (ECLAC) estimated that the island’s Gross Domestic Product (GDP) will grow by only 0.5 percent in 2019, Cuban Economy Minister Alejandro Gil said this Tuesday.

Addressing parliament’s Committee on Economic Affairs, Cuban Minister of Economy Alejandro Gil blamed the slowdown of the Cuban economy on the “worsening of the U.S. blockade and other external adverse factors,” Prensa Latina news agency reported.

The minister explained that this year was marked by a “complex scenario” due to global economic uncertainty and Washington’s new measures against Cuba.

He recalled that since April the island’s economy started “facing additional restrictions” in the allocation of fuel due to the persecution of the U.S. administration headed by Donald Trump.

“However, we do not apply neoliberal measures such as increasing prices or making cuts in sectors such as health and education,” said the minister.

Gil stressed that measures were implemented to boost national development such as a substantial increase in wages for the budgeted sector, which benefited 1.4 million workers.

He also highlighted the sale in foreign currency of several products to combat the flight of capital and the approval of 28 actions to benefit the state enterprise.

After a decrease of -0.9% recorded in 2016―due to corruption and illegalities, the low level of savings, indebtedness and insufficient export earnings―the Cuban economy managed to recover with the 1.6% achieved in 2017.

The following year, the Cuban GDP grew again, this time by 2.2%, so the Cuban government set its goal for 2019 at 1.5%, an estimate that seemed “realistic” at the time.

During the parliamentary meeting, Gil presented a plan for 2020 in which a 19% increase in investments is highlighted.

These investments will be concentrated on infrastructure projects in sectors such as tourism, renewable energy, and housing.

The minister specified that 40,800 houses are expected to be built next year.

He also announced that the Mariel Special Development Zone, where 50 businesses have already been approved, will receive an investment of 2.6 billion dollars.