Although there are no plans to break them, neither has it been publicly rejected, in an election year where opinions about the island are polarized. 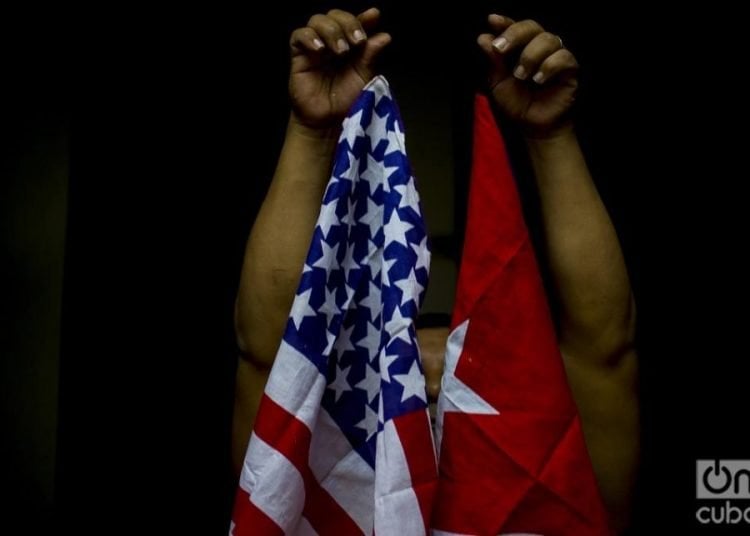 Last Monday the director of Cuban diplomacy toward the United States, Carlos Fernández de Cossío, affirmed that if the United States decides to break diplomatic relations with the island, Havana is prepared for that possibility. “We’re not going to lose sleep,” he said.

“I don’t think relations will be broken. Frankly, I don’t know if they will be. I do know that there is a group of powerful people who have that intention,” said the director for the United States of the Cuban Foreign Ministry. “But what Cuba cannot do is be surprised by that reality, if it happens.”

Now the question, several analysts bring up, is whether something like this will happen in the midst of the deterioration of the links in response to the revival in April of the Helms-Burton Act and the barrage of restrictions that followed, such as suspension, “until further notice,” of commercial flights to the Cuban provinces and the elimination of cruises.

For now, the Donald Trump administration has reacted with utmost discretion. Neither the White House nor the State Department has wanted to comment openly on what was raised by the Cuban official. Only on Tuesday, an official related to U.S. policy towards the island told several media outlets that there is nothing on the horizon about the possibility of a break.

“I have not heard anything or seen plans in that regard. A break in diplomatic relations is not planned for now. Nor do I have indications that this is the case soon. Sometimes a break in relations complicates things more, it doesn’t solve much. The important thing for now is that Cuba stop supporting the failed Maduro regime, that is our aspiration,” the State Department official told OnCuba.

Although there are no plans to break relations, neither has it been publicly rejected. “Let’s start by remembering that we are entering a time of fantasy. We cannot forget that we are in the middle of the election year and the positions on Cuba will be many. At first, Trump said he was going to break off relations, that they were going back to what they were before (the Barack Obama administration),” Eduardo Gamarra, an analyst at the Florida International University, told OnCuba.

The truth, he emphasizes, is that “the opening in Cuba continues, as Obama said, and it would be detrimental for Cuba not to have relations. If there is a break, what would it be like? A return to just having interest sections or a total breaking off of relations? If it is total, then it would be a question of considering who would give visas, remember that there are a number of mutual obligations.”

Obligations such as the granting of 20,000 annual visas to Cubans (which has been breached by the current administration), the acceptance of the return of deportable Cubans, drug trafficking agreements, rescues at high sea, communications and postal service. And that, “without forgetting American investments in Cuba,” says Gamarra.

But the tension between both sides is perhaps what has led to the island’s diplomacy to be the first to anticipate a possible break. “Cuba is at a time when it is being pressured because of Venezuela, so it has to position itself in that rhetorical line that relations don’t mean much but the truth is that they matter a lot. There are a number of things that have bothered Washington that I think are in that rhetoric,” adds the FIU analyst.

Now, returning to the election year, a break could have conflicting reactions. “The old people are going to be happy, but what does it mean in terms of a community that goes to Cuba every weekend? If relations are broken, how do you regulate remittances? If we get to that moment, it won’t be easy for Cuba,” Gamarra said.

On the other hand, there are those who believe that the breaking of diplomatic relations is unlikely. “I don’t see any point in withdrawing the work of an embassy there, an embassy that now (in Havana) is at the level of chargé d’affaires (while in Washington, Cuba has an ambassador),” says Cuban-American university professor Arturo López Levy.

In his opinion, the government of the United States “will continue carrying out its activities that Cuba considers a violation of its soverignty,” but it would be irrational, although with Trump you never know, to consider a breaking of diplomatic relations, he told OnCuba.

The reason is simple, there would not exist a necessary consensus in that regard, among other reasons because the American personnel in Havana was already reduced and “I don’t believe the Cuban embassy would do something to cause an interagency consensus that decides the break,” he explained.

This is explained because normally in Washington foreign policy decisions take into account the opinion of the various government agencies that have an interest in those relations. This is the case of the Department of Homeland Security (DHS), on which the Coast Guard Service, that has been working closely with the Cuban Border Guard for decades, depends. In addition, “embassies allow for maintaining a fluid communication, such as collaboration in the fight against drug trafficking, mutual security, things that were achieved with the thaw,” affirmed López Levy.

“It has been demonstrated that in American politics, internal lobbies, when there is a spirit of hostility against a country, clash with interests and well-established lines in the system concerned with security, and they (the lobbies) tend to lose in that,” says the analyst referring to radical pressure groups against the links with the island.

After all, “we must remember that within the Trump administration there are people who are in favor of relations with Cuba, such as the Secretary of Agriculture Sonny Perdue, who when he was a senator for Georgia was in favor of agricultural sales to Cuba.”

“I think the worst is over, even if Trump were reelected. The thing was worse when there existed that triumvirate that was National Security advisor John Bolton; special advisor Mauricio Claver; and Secretary of State Mike Pompeo,” pointed out López Levy.

The two countries broke diplomatic relations in January 1961, reestablished them as interest sections in the summer of 1977 and rose them to embassy level after the historic December 17, 2014.