Cuba and the United Kingdom discussed the situation and the Cuban government accepted that the ship put in on the island. The reasons for this this decision are “humanitarian” and the need to “make a joint effort to confront and stop the spread of the pandemic.” 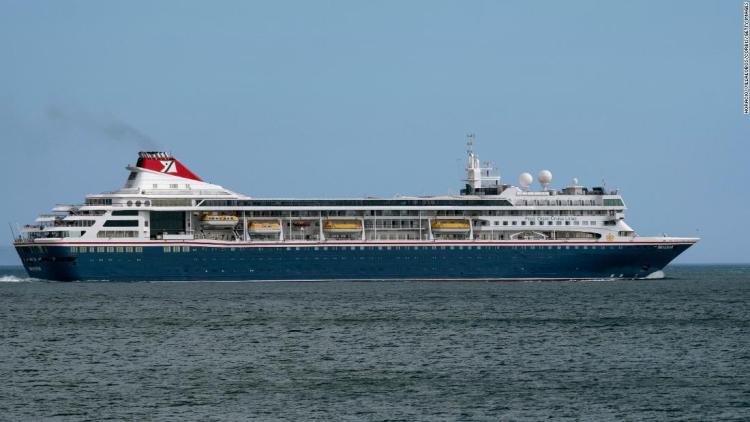 The Cuban government has agreed to receive the cruise ship MS Braemar, which has been anchored for days about 40 km from Freeport in Grand Bahamas, waiting to dock in a Caribbean port without receiving authorization, due to the five cases of coronavirus it carries on board.

The news came out after Patrick Oppmann, the CNN correspondent in Havana, affirmed that “the Cuban government is ready to receive” the ship.

According to the reporter, a Cuban diplomatic source assured CNN that Cuba and the United Kingdom had entered into talks regarding the ship due to which the Cuban government “has said that it will allow the ship to dock in Cuba for ‘humanitarian reasons’ and the need to make ‘a joint effort to confront and stop the spread of the pandemic.’”

According to CNN, the Cuban government “understands the difficult situation in which these passengers find themselves.”

If the event occurred, according to Oppmann on his Twitter account, Cuba would be the first country in the Caribbean to lend aid to the ship, since Barbados had denied its docking on Thursday and the Bahamas on Friday.

He also adds that “it is not yet clear when the ship can arrive in Cuba and where the infected passengers will be treated if the British government decides to send the ship to dock there.”

On Monday morning, the Cuban Foreign Ministry issued a statement saying that since March 13, it had indeed received a request from the government of the United Kingdom of Great Britain and Northern Ireland for the ship to dock in port.

“Given the urgency of the situation and the risk to the life of the sick persons, the Cuban government has decided to allow this ship to dock and will adopt the sanitary measures established to receive all citizens on board, under the protocols established by the World Health Organization (WHO) and the Cuban Ministry of Public Health,” the statement explains.

It also adds: “These are times of solidarity, of understanding health as a human right, of strengthening international cooperation to face our common challenges, values ​​that are inherent in the humanistic practice of the Revolution and of our people.”

According to Europa Press, the cruise ship was waiting for a port that would receive it since the end of February.

On Monday morning, shortly before the Cuban statement was known, the cruise ship was halfway between the Bahamas and Florida, according to https://www.marinetraffic.com/.

More than a thousand people are on board and five have tested positive for COVID-19.

In addition to the sick, 20 passengers and the same number of crew, including a doctor, remain isolated due to flu symptoms, according to what the company that owns the ship, the British Fred Olsen Cruise Lines, reported to Europa Press.

A total of 682 passengers and 381 crew members are traveling on the ship.

“No Caribbean port wants to accept the ship because the Covid-19 issue is very sensitive,” the company had explained to the European agency.